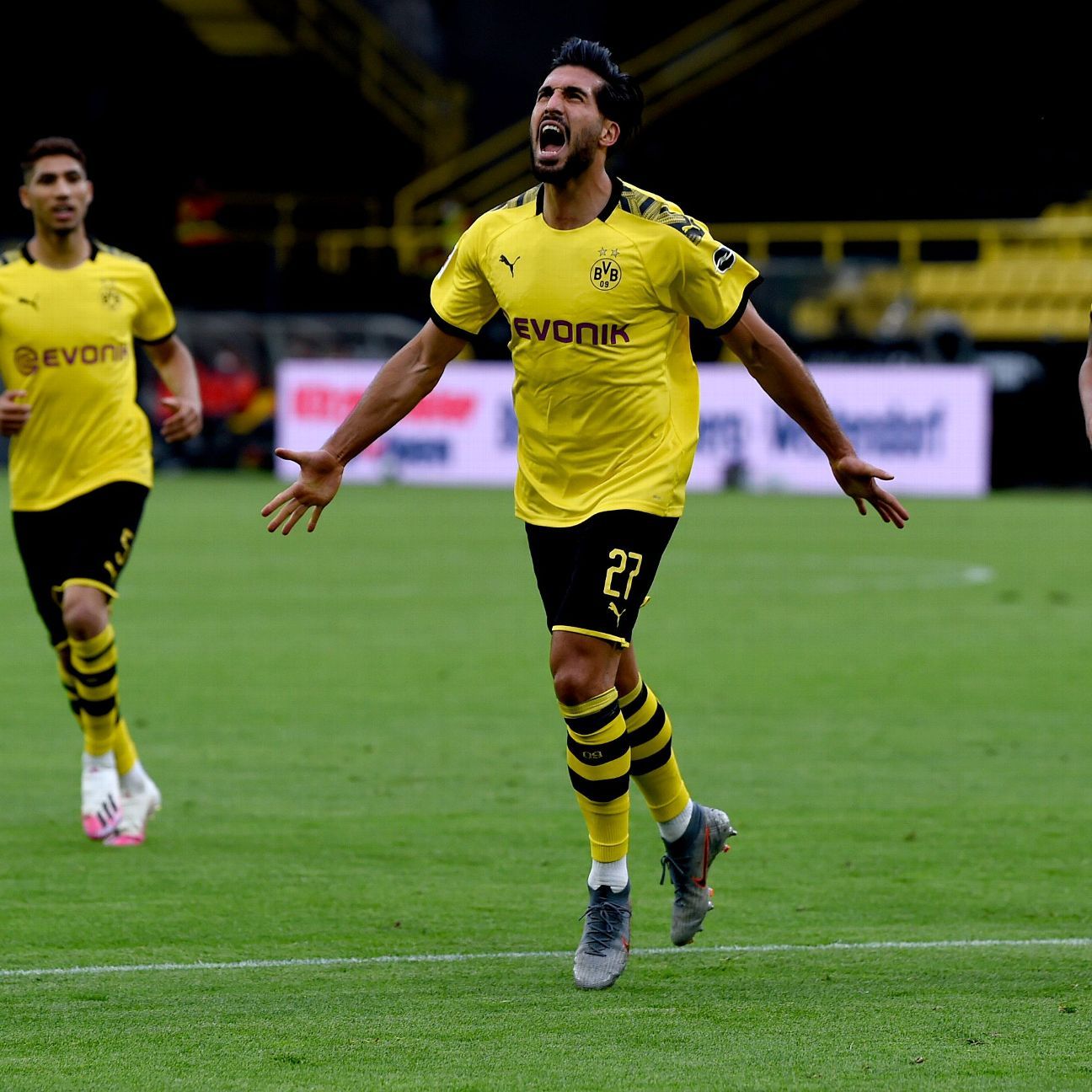 
Borussia Dortmund held on for a 1-0 win against Hertha Berlin on a rainy night at Signal Iduna Park on Saturday to keep pace with Bundesliga leaders Bayern Munich.

Players from both teams took a knee before kickoff in tribute to George Floyd, an unarmed black man whose death in U.S. police custody triggered protests around the world.

Hertha frustrated Dortmund throughout a goalless first half that saw neither side create any legitimate chances to score.

Emre Can broke the deadlock shortly before the hour mark, pouncing on a headed pass from Julian Brandt just inside the penalty area and beating Hertha keeper Rune Jarstein at the far post to make it 1-0.

England forward Jadon Sancho, who scored a hat trick in last week’s 6-1 win at Paderborn, endured a poor afternoon and was guilty of an astonishing miss in the 51st minute, when he side-footed the ball wide from five metres.

Sancho squandered another gilt-edged chance in the 90th minute, allowing Hertha keeper Rune Jarstein to block his shot from two metres out after another flowing Dortmund move.

The visitors pushed hard for an equaliser, but none came and Dortmund moved to 63 points to maintain the seven-point deficit to Bayern that they started the day with.