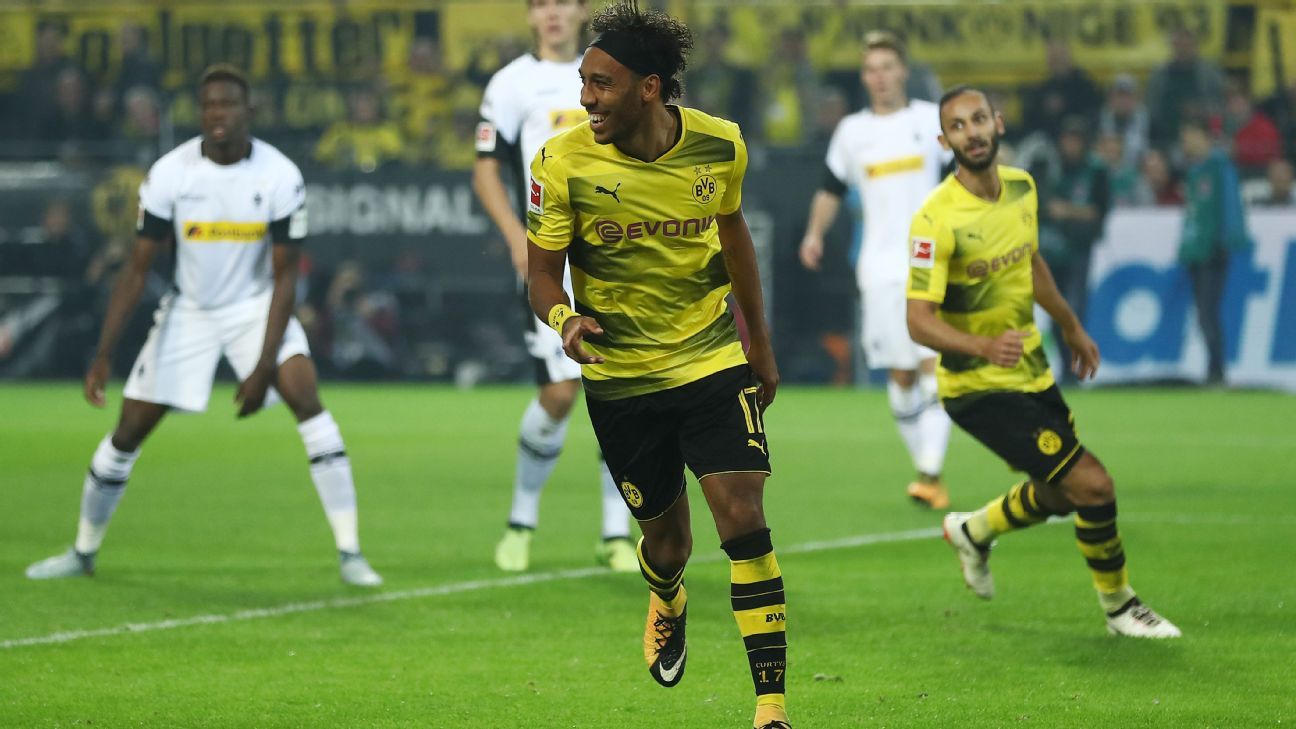 Borussia Dortmund powered two points clear at the top of the Bundesliga with a thumping 6-1 win over Borussia Monchengladbach.

A quick-fire hat trick from Pierre-Emerick Aubameyang added to a first-half double from Maximilian Philipp put the visitors to the sword and earned unbeaten Dortmund a fifth win from six league games this season.

The in-form pair have now scored 10 of the 14 goals Dortmund have plundered in their last three games, with Lars Stindl’s consolation the first Peter Bosz’s men have conceded in the league this term.

Julian Weigl rounded off the scoring with Dortmund’s sixth.

Philipp, a summer signing from Freiburg who has found his feet at Signal Iduna Park in double-quick time, scored again 10 minutes later.

An awful pass from Matthias Ginter let in Dortmund, with Jeremy Toljan setting up Philipp.

The 23-year-old turned provider on the stroke of half-time, finding Aubameyang in the centre for an easy finish.

The striker was heavily linked with a move away in the summer, but has maintained the form which brought him 40 goals in all competitions last season.

He headed home Dortmund’s fourth in the 49th minute and completed his treble in the 63rd, rounding goalkeeper Tobias Sippel to score from a tight angle.

Stindl’s consolation three minutes later could not disguise Dortmund’s dominance and the hosts still had the last word as Weigl’s glorious effort nestled in the top corner.

Victory moved Dortmund two points clear of Hoffenheim and three ahead of Bayern Munich, who surrendered a two-goal lead to draw 2-2 at home to Wolfsburg on Friday night.