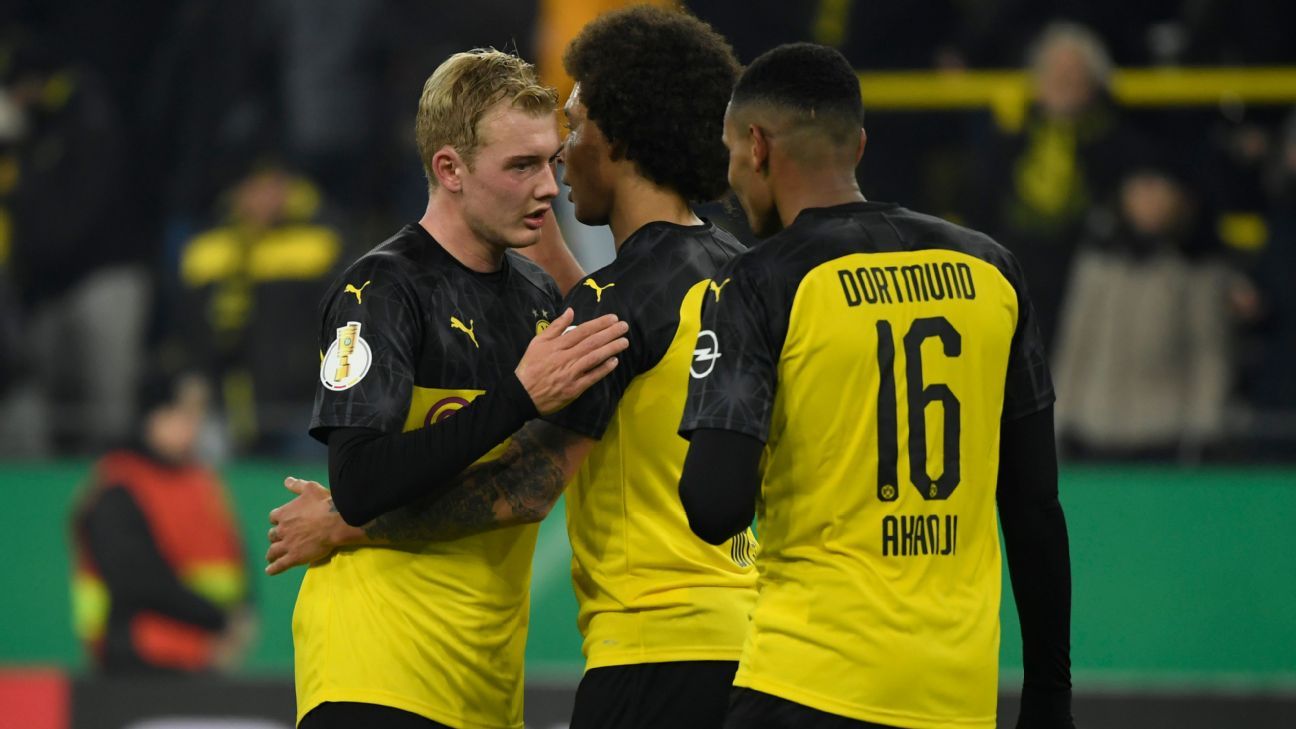 Borussia Dortmund’s Julian Brandt scored twice in three minutes late in the second half to help them come from a goal down and beat visitors Borussia Moenchengladbach 2-1 on Wednesday in the German Cup second round.

Brandt was then left completely unmarked in the box to head an 80th-minute the winner, offering his club some respite after a string of bad league results dropped them down to fifth in the table.

In a bad tempered finale Gladbach coach Marco Rose was sent off for dissent in stoppage time.

On Tuesday holders Bayern Munich were made to sweat before beating VfL Bochum 2-1.