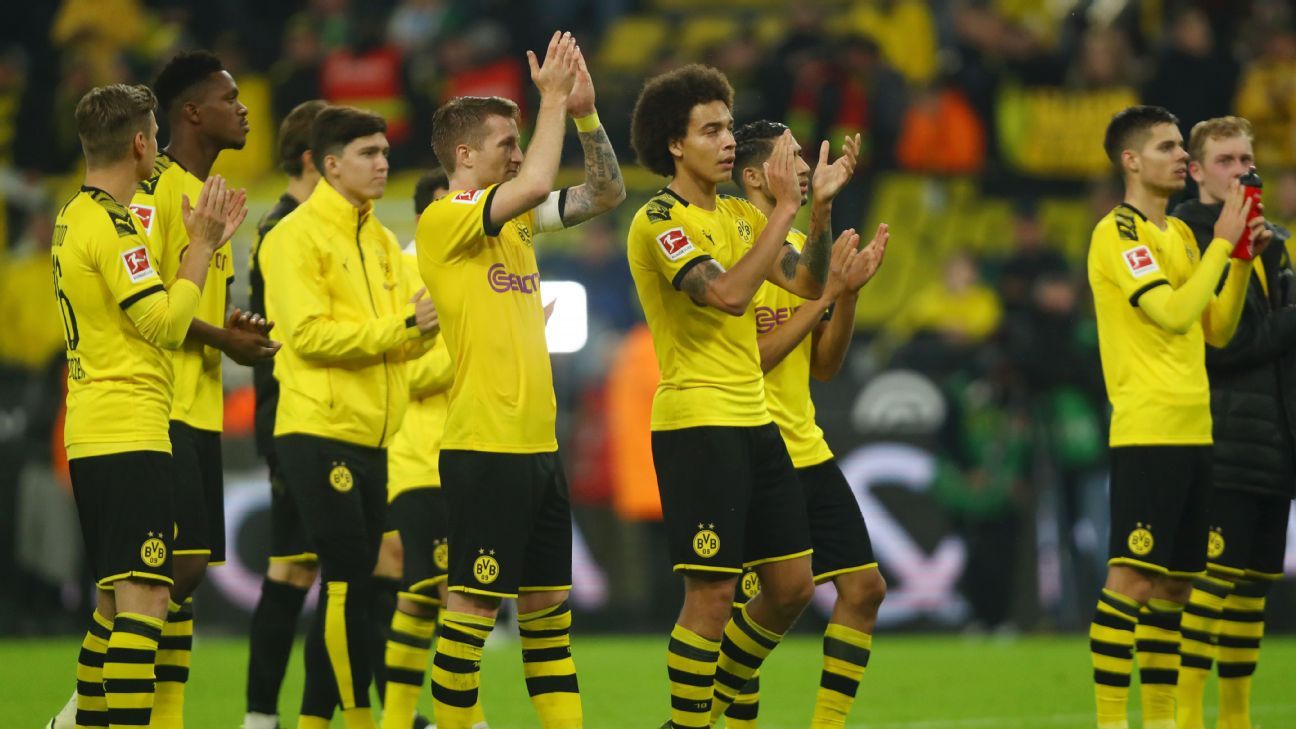 
Borussia Dortmund edged past Bundesliga leaders Borussia Moenchengladbach 1-0 on Saturday thanks to captain Marco Reus‘s second-half winner to cut the gap to the top to one point.

Reus broke the deadlock in the 58th minute, slipping the ball through the legs of keeper Yann Sommer for the goal that gave Dortmund their first win in four league games.

The Ruhr valley club, who were without Jadon Sancho after he was dropped from the squad following his late return from international duty, moved up to fourth on 15 points, level with third-placed Bayern Munich, who drew 2-2 at Augsburg, and RB Leipzig.

Gladbach, on 16 points, lead the standings ahead of unbeaten VfL Wolfsburg, who drew 1-1 with Leipzig, on goal difference.

“It was important to take that first step and we did it,” said Reus of Dortmund’s first league win since mid-September.

“It could have gone the other way because Gladbach were dangerous. But we stayed aggressive and am happy for our win.”

Dortmund twice put the ball into the net with Hazard and Julian Brandt but both efforts were ruled off side following a VAR review.

Mats Hummels had also come close in the first half but his header was tipped onto the crossbar.

Sommer, however, was beaten when Hazard sent Reus through in the 58th with the Dortmund captain keeping his cool to put the ball past the keeper.

Having squandered a lead in their previous three league games to draw all of them, Dortmund again became nervous.

The hosts needed the skills of substitute keeper Marwin Hitz, who had replaced injured Roman Burki, to stop a Florian Neuhaus close-range effort on the line and secure victory.

“We breathe always. We are alive. We drew three times. But that does not mean we are not breathing,” Dortmund midfielder Axel Witsel said. “We work hard every day, we train hard every day. We were confident before we the game. Finally, we win again.”