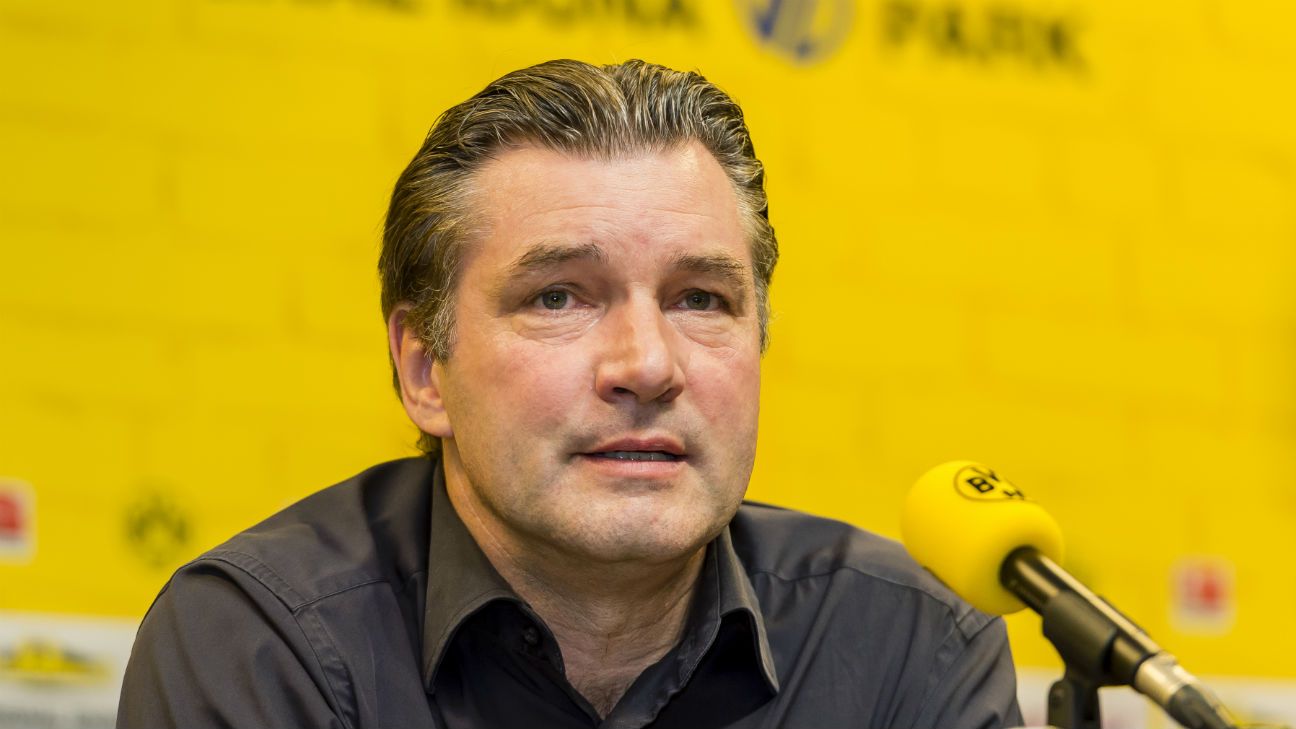 
Borussia Dortmund’s sporting director has urged the team to be “more courageous” as they head to Apoel Nicosia seeking their first points in Champions League Group H.

Dortmund lost 3-1 to Tottenham Hotspur and Real Madrid in their opening two group games but are confident they can get back on track at Apoel on Tuesday.

“We need to be more courageous,” sporting director Michael Zorc told reporters on Monday. “Especially in the Champions League, you need to make the most out of your chances if you want to win, but we are confident we have the quality to win there.”

Bundesliga leaders Dortmund know they will almost certainly need to record back-to-back wins over Apoel if they are to retain hope of progressing to the knockout stages.

They were handed a boost before the clash when club captain Marcel Schmelzer boarded the plane to Cyprus amid an injury crisis at full-back.

The left-back had been one of four full-backs sidelined in recent weeks but could make the Dortmund squad for only the second time this season following an ankle injury suffered in a draw at Freiburg.

“That he’s on board shows he can play,” Bosz said.

Greek defender Sokratis Papastathopoulos, meanwhile, will be available for the Apoel game despite facing a one-match domestic ban after being red-carded in Saturday’s 3-2 Bundesliga loss at home to RB Leipzig.

“Leipzig was a big lesson, and we need to significantly improve,” Sokratis said. “It’ll be a difficult match, but we must — and want to — win both matches against Apoel.”

Hans-Joachim Watzke, meanwhile, will miss his first Champions League away game in his 13-year spell as Dortmund CEO after going surgery on his right thumb.