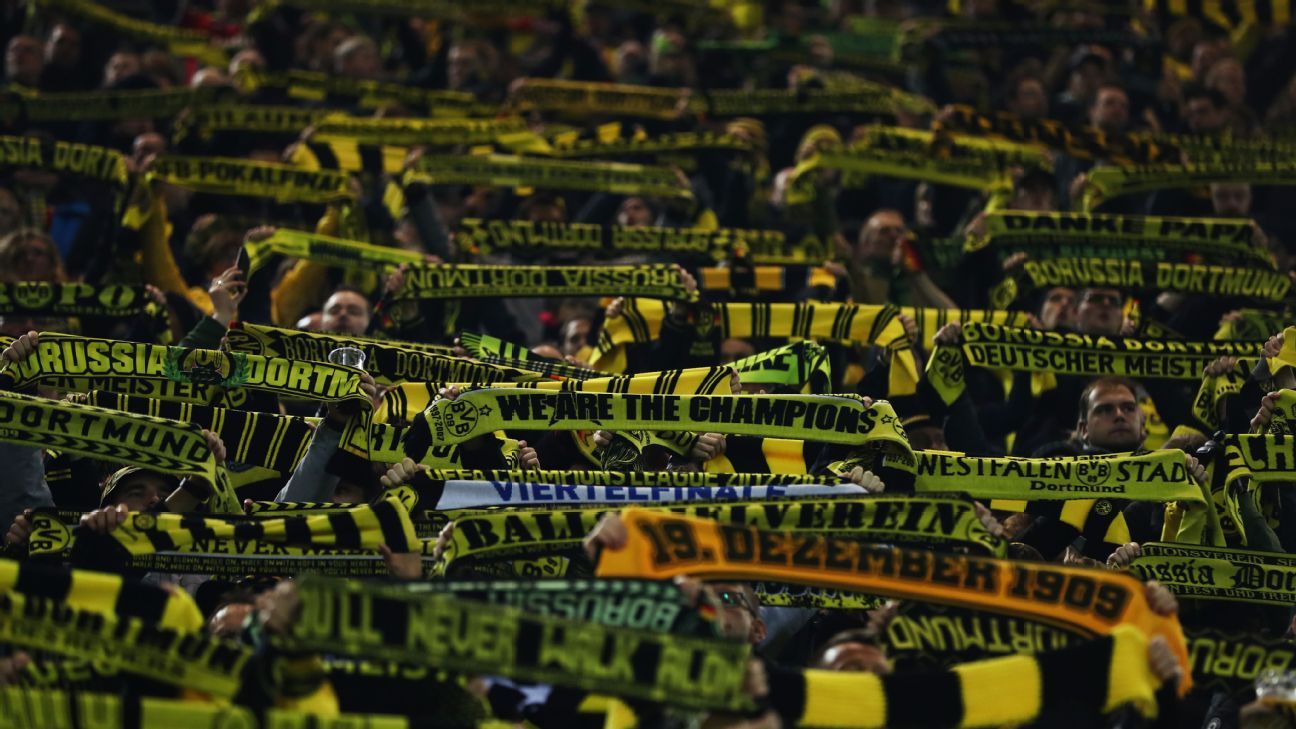 
Borussia Dortmund have taken a stand against racism amid a dire political climate in Germany by displaying a special message on their shirts.

The country’s recent political turmoil has given rise to the Far Right, which saw large protests involving Nazi groups taking place in the east German city of Chemnitz in late August — where there were reports of migrants and journalists being attacked.

And Dortmund have decided to show their solidarity in the wake of violence, by displaying message on their shirts for their Bundesliga match against Eintracht Frankfurt which reads: “Borussia unites.”

And the message was explained by BVB in a statement on their official website, which said: “Borussia Dortmund unites generations, men and women — all nations.

“This is exemplary for Borussia Dortmund’s commitment to diversity and against racism, anti-Semitism, homophobia and discrimination of any kind.

“The big Black and Yellow family, those in charge of the club and the many BVB fans and members, unite behind it. With pride, we make this stance.”

Dortmund are one of many Bundesliga clubs to take a stand against racism in recent months and fans have also been protesting against the developments in Germany.

Last season, Frankfurt banned members of the Far-Right Alternative fur Deutschland (AfD) party, with club’s president, Peter Fischer, declaring: “No one voting for the party, where there are racist and inhuman tendencies, can be our member.”

During the second half of last season, they also played their match against Hoffenheim with the message: “United Colours of Frankfurt” as a replacement for the shirt sponsor.

Werder Bremen Ultra group, Caillera, are set to voice their frustration ahead of the second half of their match against 1.FC Nurnberg on Sunday and have called on supporters to “be creative and write banners– even it’s just ‘Werder supporters against racism.'”

However, not all Bundesliga clubs believe they should get involved with politics — with RB Leipzig manager Ralf Ragnick opposing any public demonstration.

“Football can fundamentally bring a lot together, even topics which are otherwise difficult to unite,” Rangnick told a news conference on Thursday. “For that to happen, football must try to keep out of political positions.

“Football should remain aware of that function — and taking an unpolitical role belongs to this.”