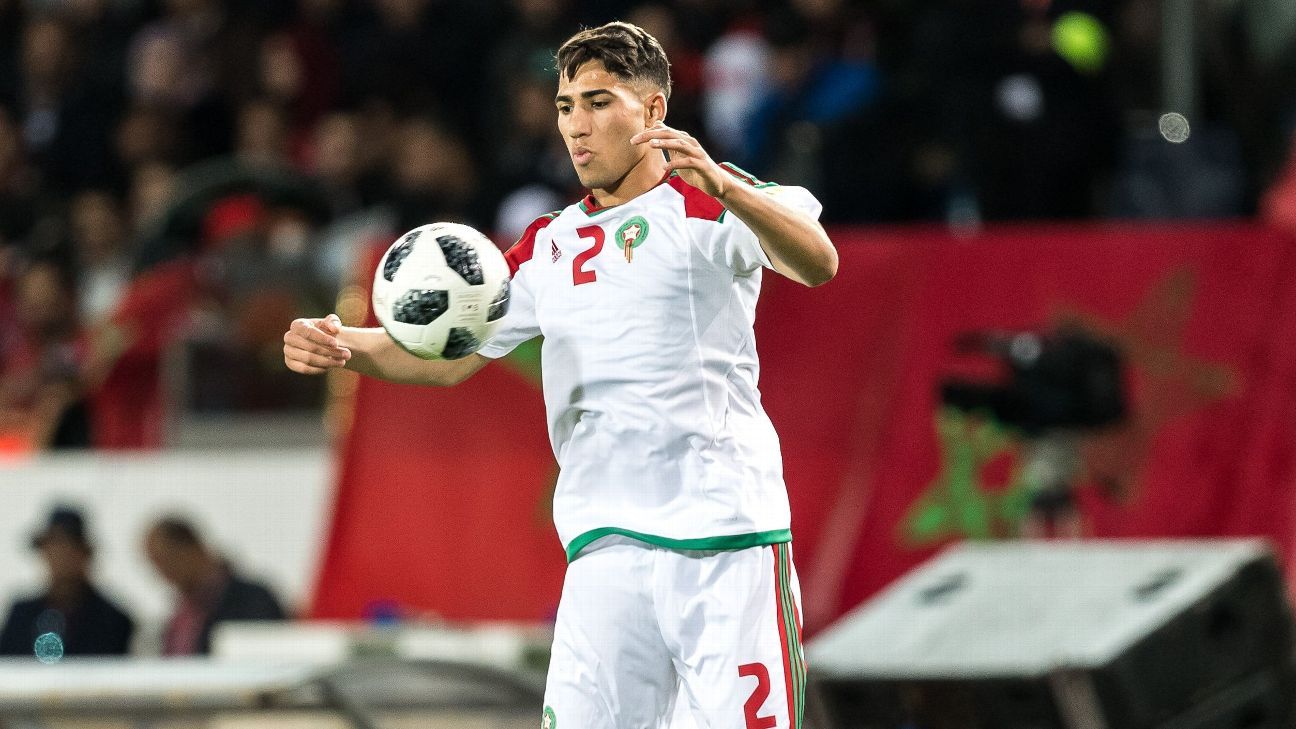 Borussia Dortmund have secured first refusal on Real Madrid defender Achraf Hakimi as part of the deal that has taken the Morocco international to the Bundesliga on a two-year loan deal.

BVB confirmed Hakimi’s signing on Wednesday, with the right-back completing a switch to Die Schwarzgelben after an encouraging World Cup campaign with the Atlas Lions.

Reports in Germany have shed more light on the terms of the deal.

According to Kicker [as per Sport], the agreement between Dortmund and Real afford the former first refusal on Hakimi should there be any interest from other clubs in his services.

BVB have the right to speak to the North African first regarding personal terms on a permanent deal if they match the bid of any rival suitors until the summer of 2020.

The source also confirms, however, that there is no set fee for the German giants to buy the wideman outright during his loan deal.

Hakimi will compete with Lukasz Piszczek for a starting role at BVB, although he demonstrated his ability to play at left-back during the World Cup.

Real’s signing of Spanish right-back Alvaro Odriozola from Real Sociedad placed another obstacle in Hakimi’s path to the first team, with the youngster having served as an understudy to Dani Carvajal last term.

He featured nine times for Los Merengues last season, and became the first Moroccan player to win the Champions League.