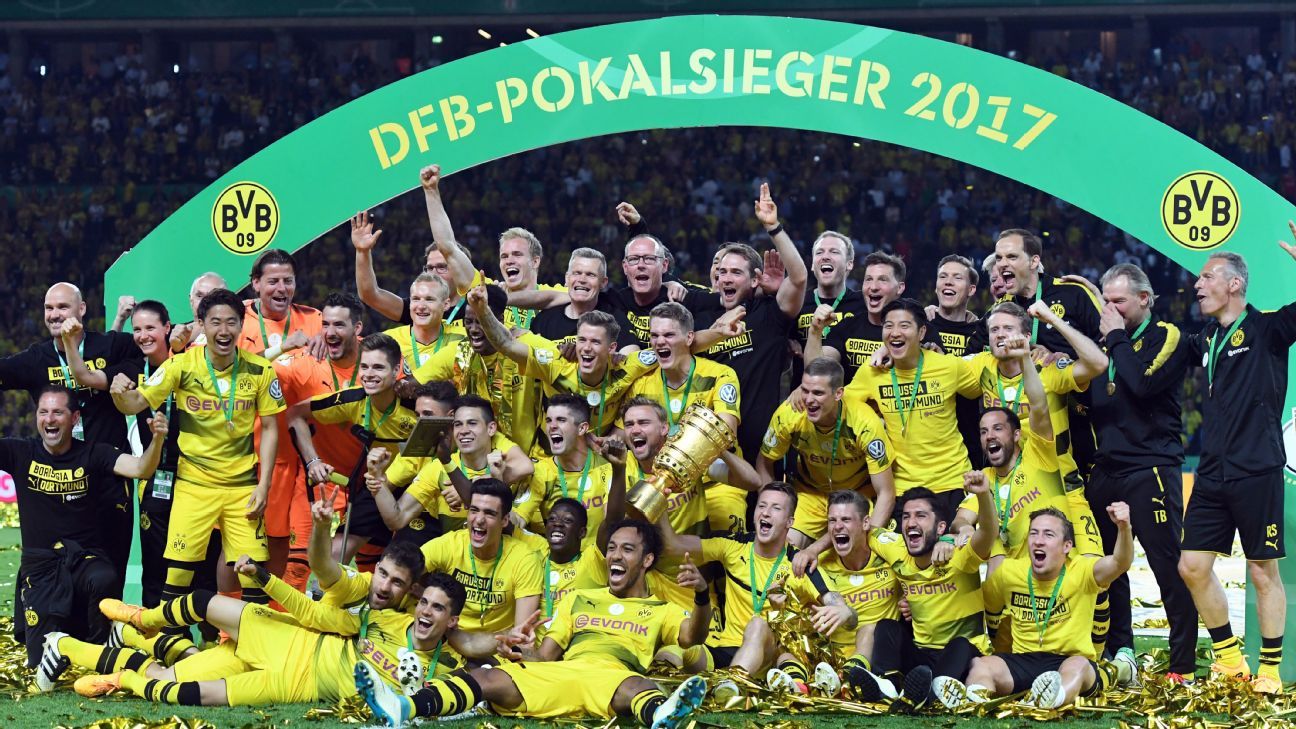 
Borussia Dortmund have been fined and handed a suspended stadium ban because of fans’ behaviour at the DFB-Pokal final.

The DFB on Thursday issued a €95,000 fine after fans set off fireworks during the 2-1 win over Eintracht Franfurt in May.

Another violation in the next year will see Dortmund fans prevented from attending an away match.

The DFB also ruled that Dortmund fans would have to get permission for any banners displayed during games.

“Dortmund supporters may now only carry out choreographies (including large flags and banners) with the prior written permission of the club,” the DFB statement said.

“Even with away games, BVB will first check with the home clubs regarding the choreographies. If there are deviations from this, or if there are pyrotechnics or other unsporting behaviours in the context of choreographies, all Dortmund choreographies are prohibited until the end of the 2017-2018 season.”

Dortmund criticised the ruling in their own statment, which said: “BVB fans are threatened with, among other things, a stadium ban for one Bundesliga away game, something which would have huge financial consequences.”