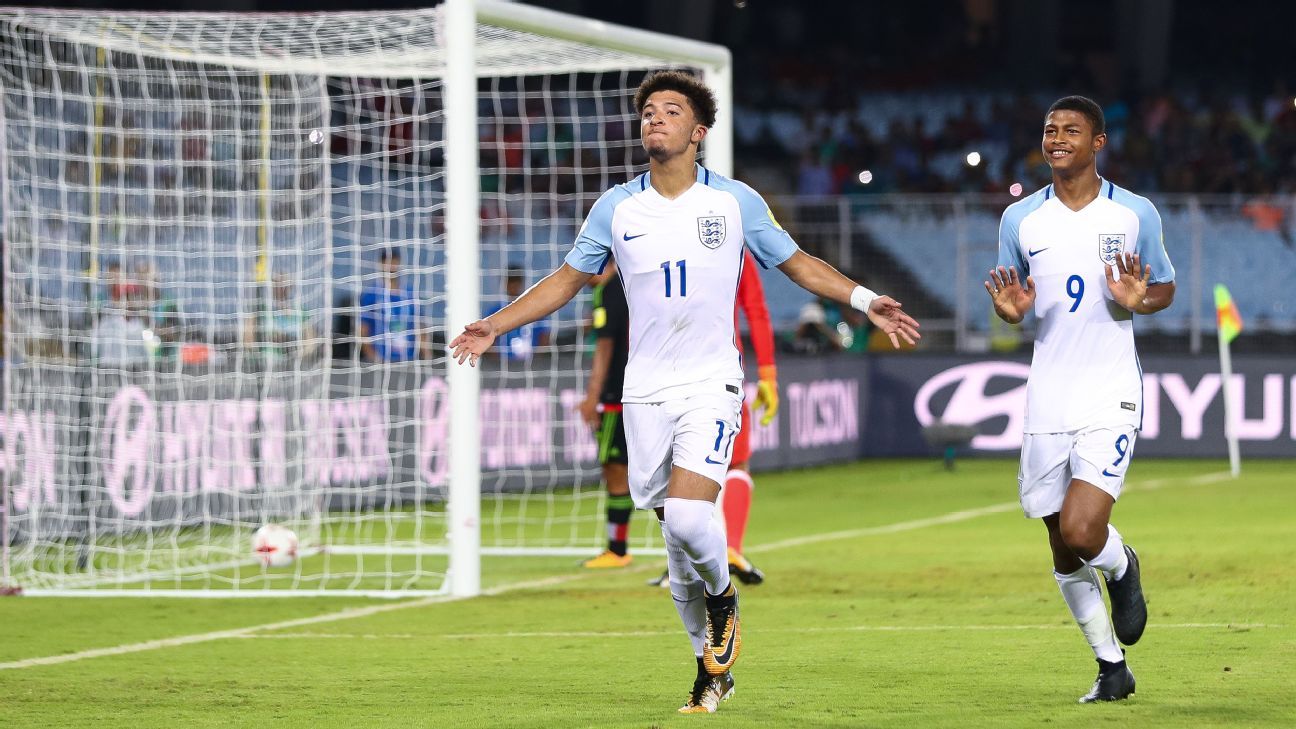 
Jadon Sancho has returned to Borussia Dortmund as England under-17s prepare for their round-of-16 match against Japan at the Under-17 World Cup in India.

Sancho, a €7 million summer signing for Dortmund from Manchester City, had starred for England at the ongoing tournament, scoring three goals and setting up a further two as his side won all of their group games.

However, the forward has now been recalled by his club and will not be part of the England team which takes on Japan on Tuesday, and started for Dortmund in their UEFA Youth League match against Apoel Nicosia later on Tuesday.

The 17-year-old was pictured training with Dortmund’s senior squad ahead of their Champions League match at Apoel on Tuesday, though he is ineligible to play in that competition.

Dortmund had already announced in October that they would recall Sancho following the group stage of the Under-17 World Cup, but England head coach Steve Cooper was still upset to see the youngster leave the camp.

“It’s a disappointment for him because he very much enjoyed his time in India and relished the chance to play in a World Cup,” Cooper is quoted as saying by the Daily Mail. “He loves playing for England and this team in particular so it’s sad to see him go.

“I can only imagine Dortmund want him back to play in their first team at the weekend and I assume he will be starting for them — because I can’t think of a reason why you would take a player away from a World Cup.”

Following their match against Apoel, Dortmund travel to Eintracht Frankfurt in the Bundesliga on Saturday and then visit Magdeburg in the second round of the DFB Pokal next Tuesday.