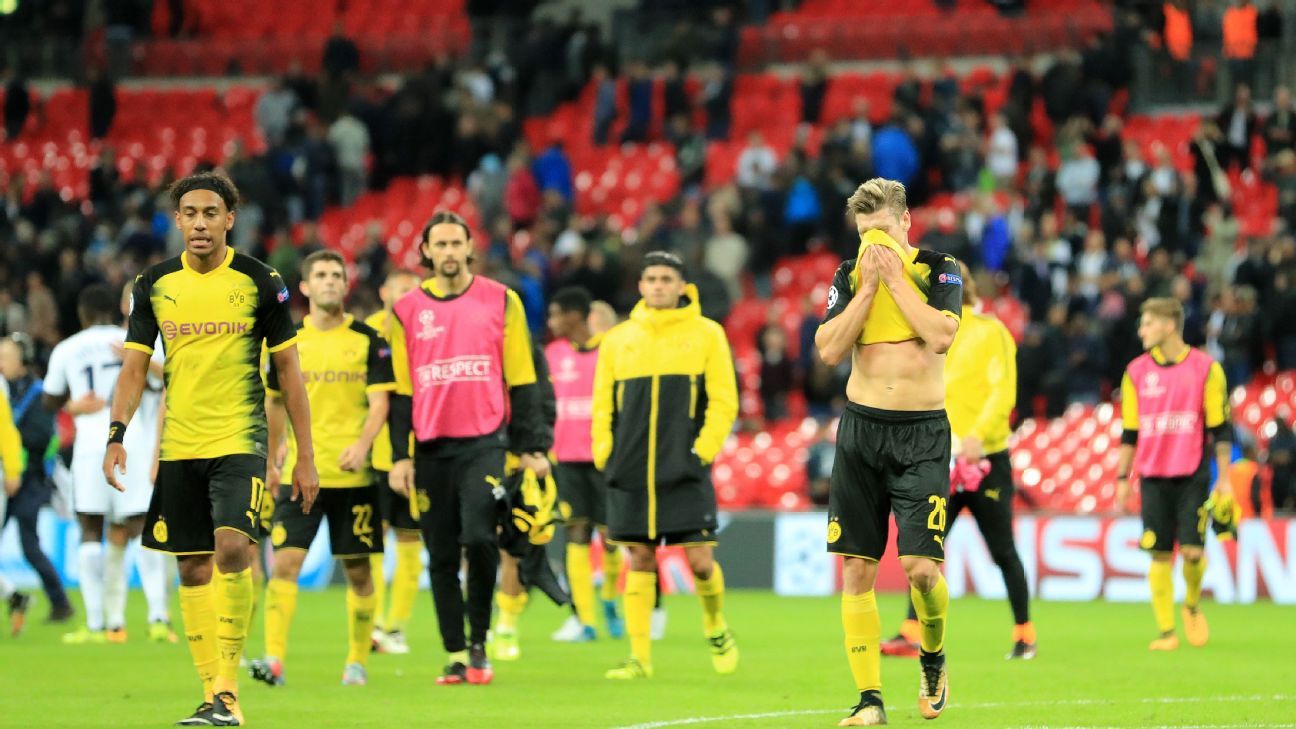 
Football fans know the building impatience all too well, as UEFA officials carefully explain the proceedings of the draw that will determine the group stages of the Champions League. Just skipping the entire ordeal and looking at the results once the draw has been concluded is certainly the smarter approach but there is an undeniable tension, maybe even excitement, in what is a fateful process for Europe’s most illustrious clubs.

For Borussia Dortmund in 2017, the excitement of the Champions League campaign had already peaked at the draw in Nyon. Pitted against Real Madrid, Tottenham and APOEL, they were expected to make a competitive group very spicy. Instead, Dortmund’s European endeavours yielded in a disaster under Peter Bosz.

In six games, they only picked up two measly points against the Cypriot minnows, which allowed them to sneak through to the Europa League knockout stages thanks to a slightly better goal difference.

For the first match of 2018-19’s Champions League on Tuesday, Dortmund travel to Bruges to confront their ugly demons of the past and are hopeful that new coach Lucien Favre can bring them once again to the top of the tower. Paired with Atletico Madrid, Monaco and the Belgium league leaders, the Black and Yellows find themselves in a tough but passable group.

Just 12 months after Bosz’s naive gung-ho approach, the German outfit are entering the European stage with an entirely different face. In Abdou Diallo, Axel Witsel, Thomas Delaney and Marius Wolf they added more physicality and willpower to their backline, midfield and attack, and Favre has made sure to mould that into a side that emphasises defending.

When asked at his prematch news conference on Monday what he expected of his team, Favre said: “Focus, compactness and good defending,” before adding that he wants his players to be mindful of possible counterattacks when they are going forward themselves.

That somewhat conservative approach has definitely shone through in the Bundesliga. The last two games, a scoreless draw away to Hannover and a 3-1 win against Eintracht Frankfurt on the weekend, weren’t exactly barnstormers.

Early in the season, Favre’s go-to formation has been a 4-3-3 setup with Witsel, Delaney and Mahmoud Dahoud forming the midfield trio. All three are acting as enforcers but with separate tasks. The 29-year-old Belgium international, a force of nature right from the start, is supposed to lend his team structure by securely moving the ball around. His Danish counterpart is the designated box-to-box midfielder, who fills gaps on the defensive end and excels in tackling. Dahoud is the playmaker in charge of creative momentum.

Not even Dortmund’s championship-winning team of 2010-11 with the double pivot of Sven Bender and Nuri Sahin was that defensively robust — and certainly took such a risk-averse approach under then-coach Jurgen Klopp.

Favre’s decision to prefer players that will form a sound defensive structure due to their physicality and mindset, like picking Wolf over Jadon Sancho in the wake of an injured Christian Pulisic, has made Dortmund look somewhat awkward in the attacking department. Especially, with Maximilian Philipp not being a natural fit at centre-forward and team captain Marco Reus for once being healthy long enough to be caught in a bad patch of form.

After a season of upheaval and slapstick defending, it is the right approach to try and give the team a sense of stability on the field before introducing more of a footballing mindset.

Though that has created quite the fuzz around Mario Gotze, who has been sitting on the bench in three league games after 64 poor minutes in the cup. And, surprisingly, very little drama about Shinji Kagawa, who is yet to make a squad.

Gotze, scorer of the World Cup winning goal in 2014 and once touted as Germany’s answer to Lionel Messi, has been under the microscope ever since returning from Bayern Munich. On Friday, Favre explained that Gotze doesn’t fit into his current system without going into detail. As long as the 26-year-old is made to watch from the bench, it will remain a hot topic because if the 60-year-old does not find a way to get the best out of the German international, Dortmund will have to get rid of Gotze as his high wages would no longer be justified.

But it’s a bit too soon to sound the alarm just yet. With Delaney not travelling to Bruges, there could be an open slot for Gotze. Favre has also been saying at every news conference that he needs more time to get to know his players and learn who functions best in which system. A midfield trio of Julian Weigl, Gotze and Kagawa — to name the other extreme to Witsel, Delaney and Dahoud — requires a different approach and Dortmund are simply not there yet.

Favre will have busy weeks trying to find a place for the barrage of eclectic talent in his midfield, while also implementing Paco Alcacer, who has also not made the trip to Bruges due to muscular problems.

In the meantime, BVB’s newly found conservatism and risk-averse style should help them to claim a top-two finish in Group A. Since 2011, the Black and Yellows have learned the hard way in multiple instances that Champions League success is impossible to pull off without a sound defence. This, however, should not be one of those years.