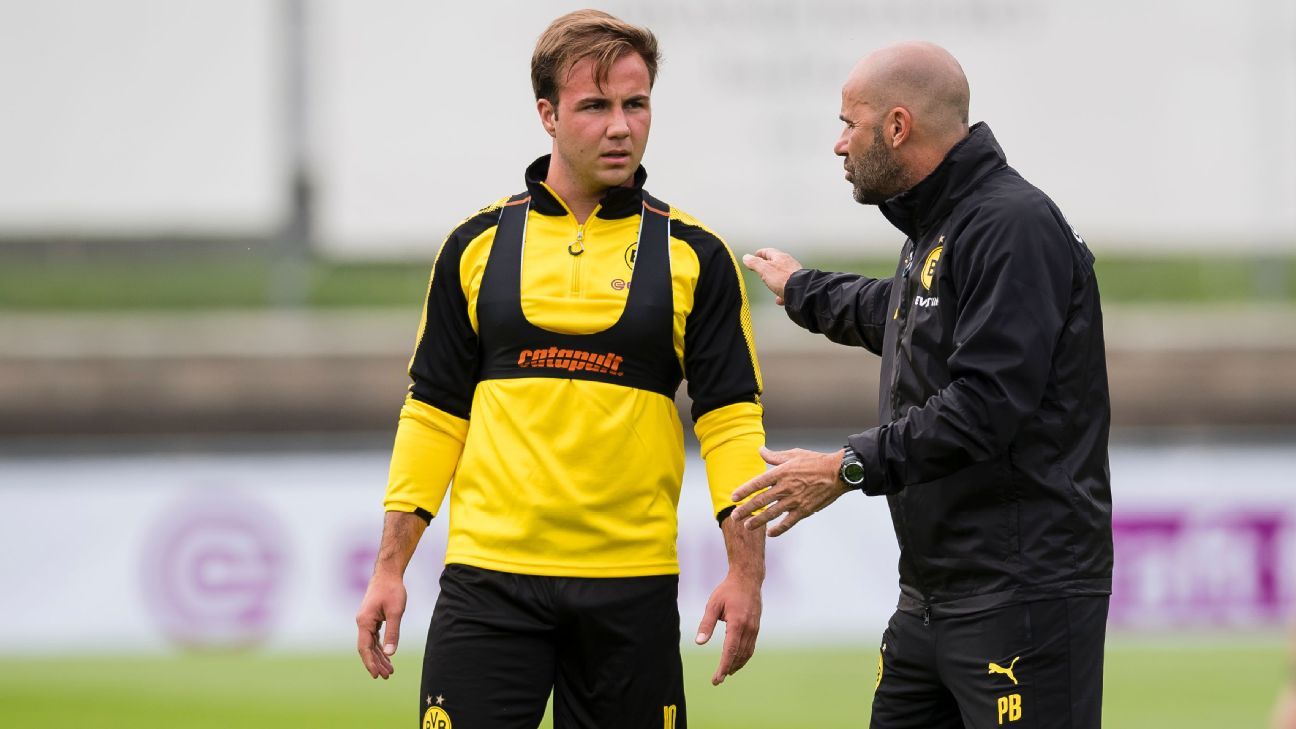 
New Borussia Dortmund coach Peter Bosz has said he will manage Mario Gotze’s return to action carefully as he fears the Germany midfielder could be at risk of a setback after five months on the sidelines.

Gotze, 25, was ruled out for the remainder of the 2016-17 season in late February, having previously made limited impact after his return from Bayern Munich and then being diagnosed with “metabolic disturbances.”

However, he joined the rest of his Dortmund teammates for the beginning of preseason last month and received his first game time since diagnosis, and Bosz has been pleased with what he has seen of Gotze so far.

“As a football aficionado, it is really great fun to see him at work,” the former Ajax boss told reporters at the club’s summer training camp in Switzerland.

“Mario is a very good player, but we need to be careful with him: if you have been absent for five months, it is not possible to make up for that within five weeks.

“There might be a setback, but up to now things are going really well for him, and we’ve agreed that he will win more minutes against Atalanta Bergamo on Tuesday.”

Elsewhere, kicker reported that Dortmund are set to pay for the sports management studies of 19-year-old Dario Scuderi.

The full-back sustained a severe knee injury in a UEFA Youth League match at Legia Warsaw in September and at one time feared he could even lose his left lower leg.

Scuderi is currently working on his comeback but the injury remains career-threatening, and kicker said that, after he asked the club for a loan to finance his sports management studies, BVB CEO Hans-Joachim Watzke immediately offered to pay for all costs.