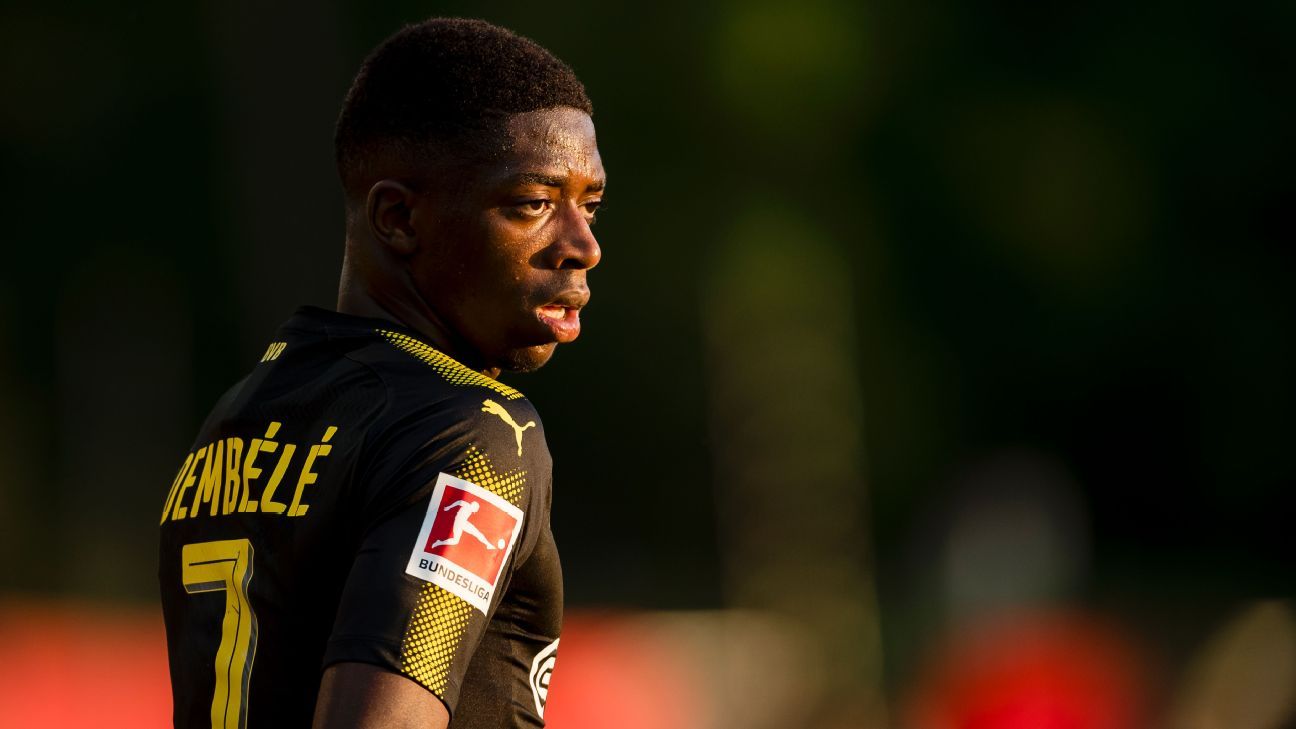 
Barcelona’s chances of signing Ousmane Dembele this month are less than 50 percent, according to Borussia Dortmund CEO Hans-Joachim Watzke.

Dortmund have already rejected an offer from the Catalan club for Dembele, reported to be in the region of €100 million, but say they are willing to sell if their demands are met.

However, the German club want things to be completed soon or not at all to ensure they have time to sign a replacement in case they lose the France international.

“The chances of the Dembele transfer going through are under 50 percent, I believe,” Watzke told Sky Sport Deutschland.

“[Barca] either pay the sum we are holding out for or he stays here. They want him, but he is under contract for four more years and [Paris Saint-Germain] have just given them €222m for Neymar.

“If they meet our demands in a timely fashion, the transfer will happen. If they don’t, it won’t.”

Dortmund paid Rennes €15m for Dembele last summer — Barca also made a move for the forward at the same time — but reportedly want as much as €130m if they are to sell him just one year on.

Watzke admitted the club’s demands have increased due to Neymar’s departure and also blamed Barcelona for Dembele going AWOL the day after they made their opening offer.

“Ousmane went on strike and then he got suspended [by the club],” Watzke added. “So far, he has not asked us to end the suspension, so you’d need to discuss our friends from Catalonia’s role [in that].

“We met with Barcelona officials on the Wednesday and our ideas were poles apart. By coincidence, [Dembele] then doesn’t show up for training on the Thursday. The timing is striking. Do you believe that a 20-year-old does not attend training without the goodwill of the club trying to sign the player?”

Despite the fractions caused in the relationship between Dembele and Dortmund by Barca’s interest, Watzke still believes the player could have a future at the club if he does not end up moving to the Camp Nou.

“He’d need to apologise in front of the whole club,” he said when asked if there was any way back for Dembele. “Then it would definitely be possible.”