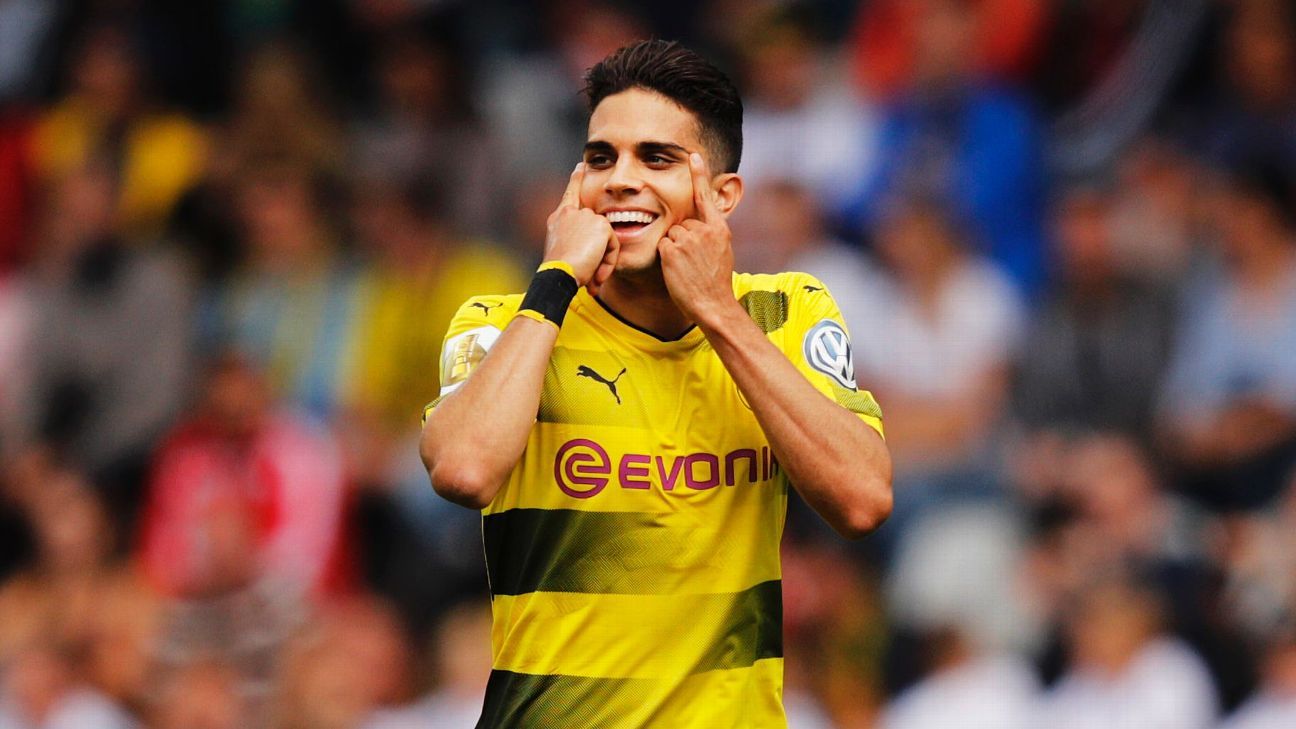 
Is preseason over yet? Well, it was the first cup round for Borussia Dortmund. Although it was a competitive match, it still very much had a preseason feel about it as Dortmund started their DFB-Pokal title defence against sixth-division side FC Rielasingen-Arlen. The Black and Yellows progressed to the next round, dismantling the amateur side 4-0 without much trouble at Freiburg’s home ground.

Maybe it was a good thing that this match did not really challenge BVB because real competition might have exposed the Black and Yellows, who even against a sixth-division team looked troubled at the back. It was also a welcome opportunity for Peter Bosz to give 18-year-old left-back Jan-Niklas Beste a run out while Marcel Schmelzer is still working on his comeback.

As already mentioned, the Westphalians were easily carved open by their opponents. Due to Rielasingen-Arlen’s obvious lack of footballing quality, BVB were not punished for it. But it looks as though it will become a theme that Dortmund’s centre-backs will face an unhealthy dose of one-on-one battles. Not good news for a team that needed to improve its defensive stability above all over the summer.

5 — Bosz gave Beste a run-out and awarded Shinji Kagawa his first minutes since his injury.

GK Roman Burki, 5 — Had a few saves to make but nothing too spectacular. Overall a quiet afternoon.

DF Lukasz Piszczek, 5 — One awkward clear as right-back. He ended the match in attacking midfield.

DF Sokratis Papastathopoulos, 5 — Did his thing, held the line.

DF Marc Bartra, 6 — There are defenders in a match who solely identify with defensive actions. Not Bartra. The Spaniard is always trying to help up front whenever he gets the chance — which is why he was there for the tap-in after 11 minutes to score the eventual winner.

DF Jan-Niklas Beste, 5 — The young left-back assisted Bartra, appearing from the right side this time. Hard to tell whether he is ready for Bundesliga level just yet.

MF Gonzalo Castro, 5 — A bit sloppy in his passing at times.

MF Nuri Sahin, 6 — He played a lot of long balls. One worked out perfectly to find Beste after 11 minutes.

MF Mahmoud Dahoud, 6 — Two assists for the former ‘Gladbach midfielder, who had a fun day at the office by twisting and turning around his opponents.

FW Andre Schurrle, 4 — Schurrle single-handedly drove up the asking price for Ousmane Dembele with an underwhelming performance. Saturday’s 90 minutes did not give BVB’s decision-makers the confidence that Schurrle would step up if the 20-year-old leaves.

FW Pierre-Emerick Aubameyang, 7 — Aubameyang was also flirting with a move away from Dortmund. It did not work out. But unlike others, the Gabonese forward always shows a professional shift — even against a side from Germany’s sixth tier. Aubameyang bagged three goals and pipped Stephane Chapuisat as Borussia Dortmund’s all-time foreign top scorer with his 124th career goal for the club.

FW Maximilian Philipp, 6 — Philipp huffed and puffed at his former home ground, eager to get on the scoresheet. He was taken down by the keeper when he had the best chance and won a penalty.

Shinji Kagawa, 6 — Was brought on by Bosz around the hour mark when BVB already sat on a comfortable 3-0 lead. Kagawa helped Dortmund to build more triangles in the final third, making the Black and Yellows look a bit more cohesive overall.

Alexander Isak, NR — Got a 20-minute run-out but no chance would fall for him to put away.

Felix Passlack, NR — Replaced Philipp in the 84th minute after the former Freiburg attacker picked up a knock.