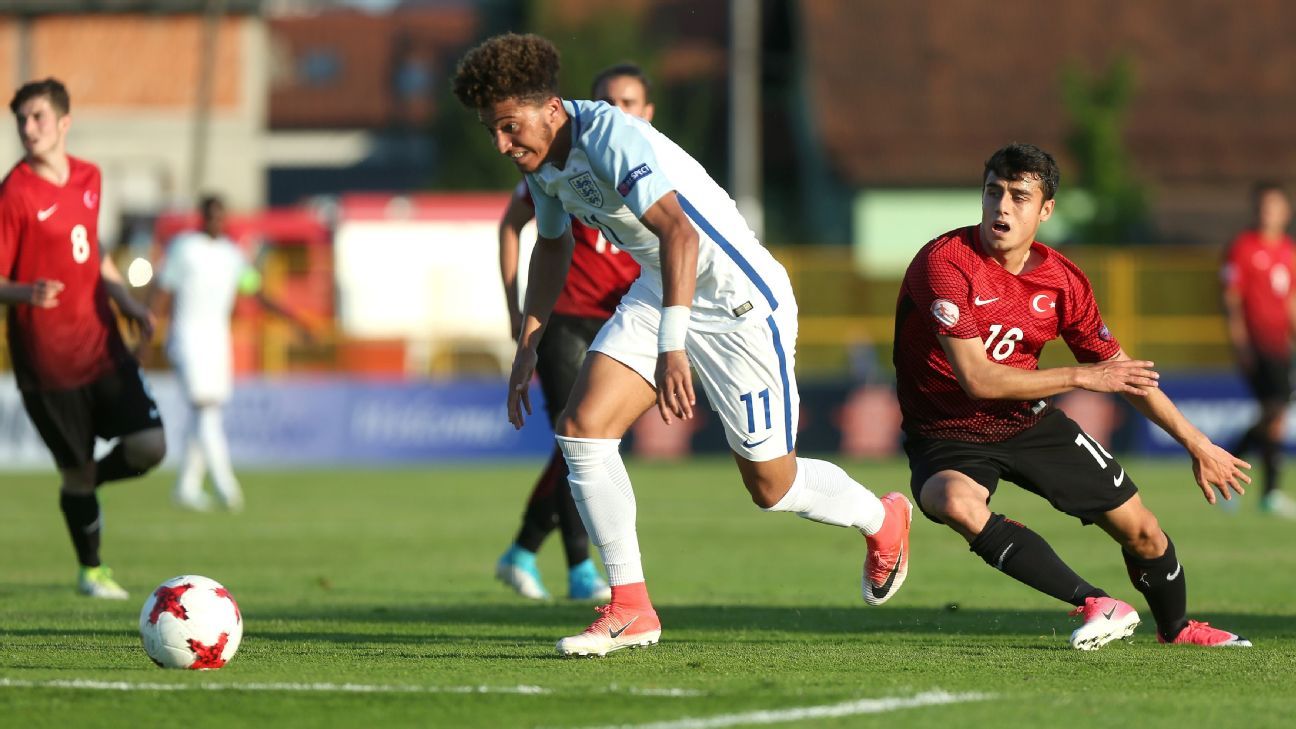 
Manchester City youngster Jadon Sancho is a target for Borussia Dortmund as talks over a new deal stall, sources close to the player have told ESPN FC.

Attacker Sancho joined City from Watford in a deal worth £500,000 in 2015, with the teenager regarded as one of the brightest talents in English football.

He is the final year of his scholarship deal at City, and although he has been offered a professional contract he has yet to agree it.

The club are keen to keep Sancho, an England under-17 international, but sources said the player has concerns about the prospects of getting into City’s big-money first team.

That has alerted clubs including Arsenal and Tottenham, but Dortmund hope to lure him to Germany by offering him a quicker route to first-team football.

BVB have a reputation for developing young players and hope that will help their pursuit of Sancho, who was a finalist with England at the European under-17s Championship earlier this year.