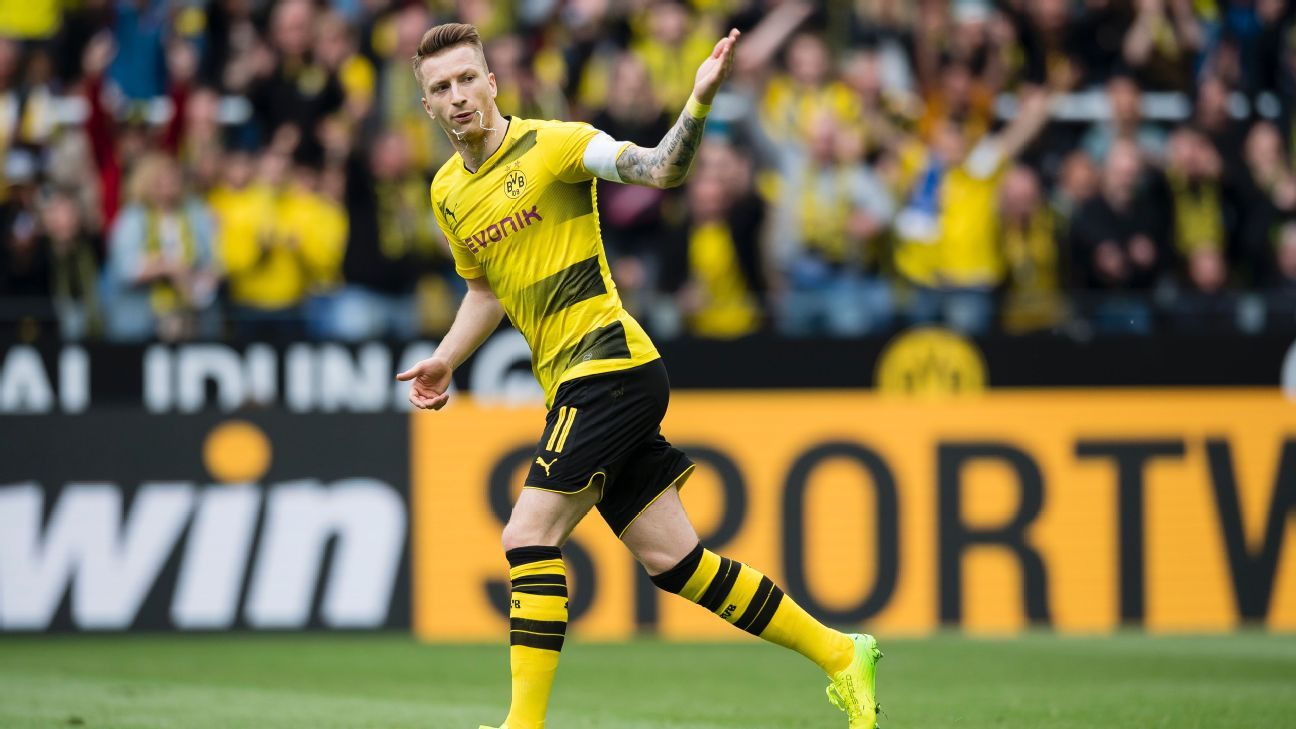 
Borussia Dortmund want attacker Marco Reus to a new deal and said they see him playing for the club “in the long term.”

Reus had fuelled speculation that he could leave when he said in recent weeks that “there are four or five international clubs who interest me.”

The Germany international, under contract until 2019, is recovering from knee surgery after sustaining a partial ligament tear during the DFB-Pokal final in May.

Speaking to GQ earlier this month, Reus said he had not made up his mind whether he would stay beyond 2019 and, given that he will be 30 by then, it would be his “final opportunity to try something different.”

He added that considering a change “is a legitimate consideration if you are in that age.”

Zorc also backed under-fire goalkeeper Roman Burki, who has been criticised for his performances in the Champions League and made a bad error in the 1-1 draw with Apoel Nicosia.

However, amid reports linking Cologne keeper Timo Horn and Paris Saint-Germain’s Kevin Trapp with a Dortmund move, Zorc said: “We are satisfied with him.

“Burki remains our No. 1, and this has been agreed with the coach.”

Defender Omer Toprak suffered a thigh strain against Nicosia, but may be available for the Bundesliga match at Eintracht Frankfurt on Saturday.”

Dortmund are already without Sokratis Papastathopoulos, been banned for one match following his red card in the 3-2 loss to RB Leipzig last weekend.