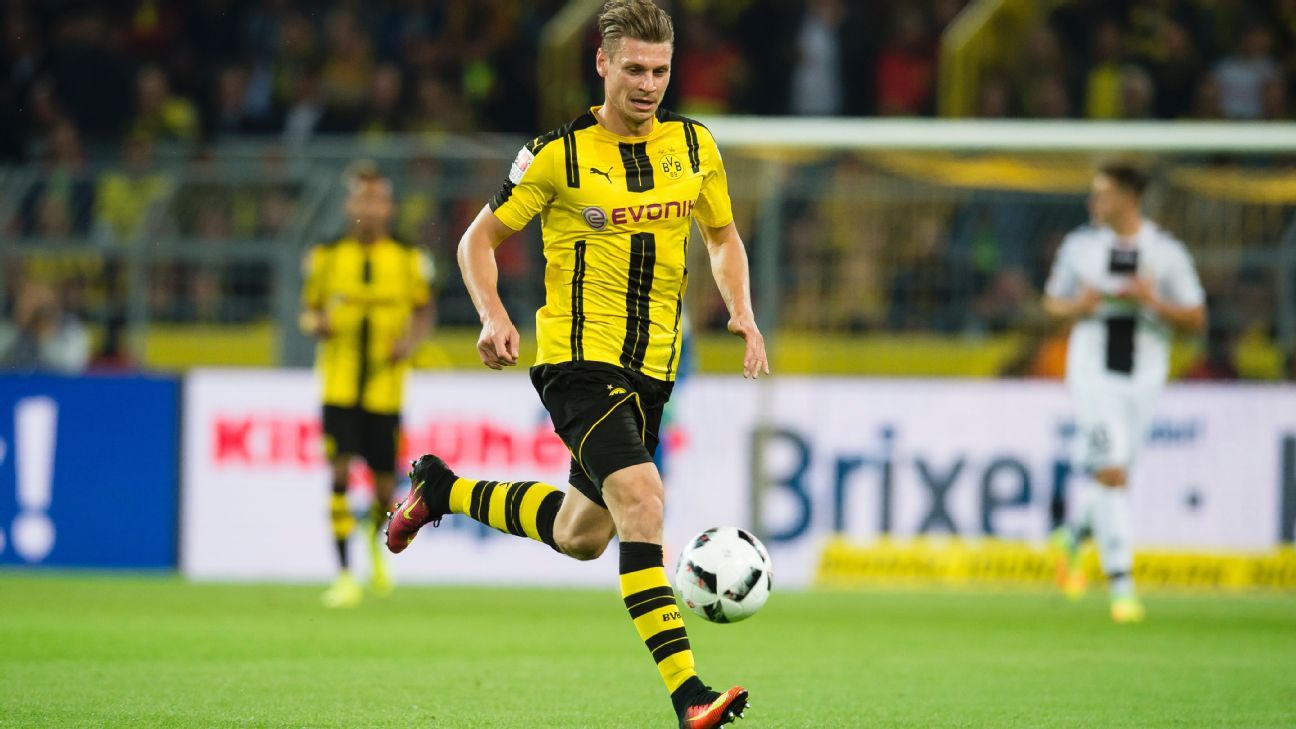 
Borussia Dortmund right-back Lukasz Piszczek will be out of action “for the time being” after suffering a ligament injury while on international duty with Poland, the club have announced.

Piszczek, 32, and Poland keeper Wojciech Szcezsny collided shortly before half-time in the win over Montenegro on Sunday.

The Dortmund defender did not return for the second half, and a statement on the official Dortmund website said: “Lukasz Piszczek will be unavailable for BVB for the time being after suffering an injury to the lateral collateral ligament of his right knee.”

Piszczek has started every competitive game for BVB this season, but kicker reported that he could now miss the rest of the calendar year.

He is likely to be replaced by former Hoffenheim full-back Jeremy Toljan, 23, who would move across from left-back.

With Portugal international Raphael Guerreiro and club captain Marcel Schmelzer not yet back with the squad, 18-year-old Dan-Axel Zagadou is likely to gain more experience as a makeshift left-back.

Dortmund, who host RB Leipzig at the weekend, have picked up 19 points from seven matches and have five-point lead over Bayern Munich and Hoffenheim at the top of the table.