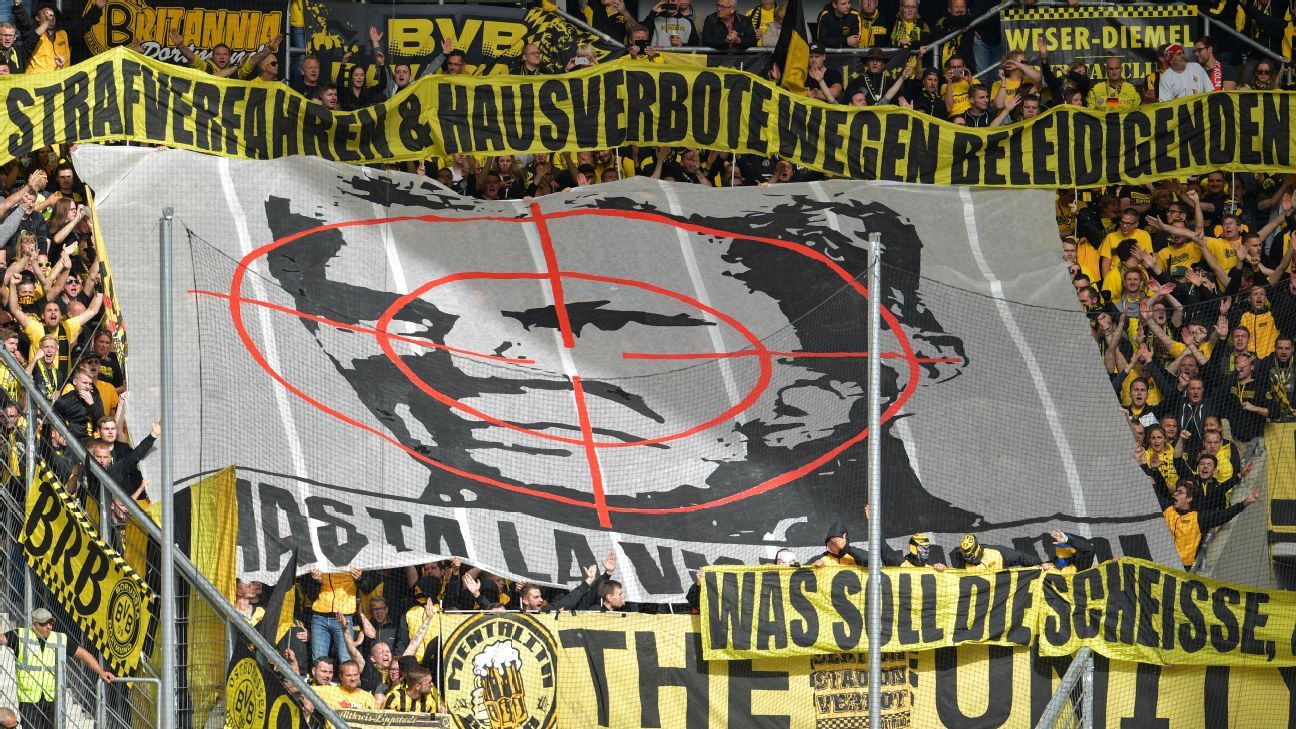 
Borussia Dortmund have been given a €50,000 fine plus a suspended three-game away fans ban for matches at Hoffenheim until June 2022 after displaying offensive banners about Hoffenheim owner Dietmar Hopp.

The suspended ban will only be enforced if Dortmund fans again verbally abuse Hopp in one of the next three away games.

Hopp was verbally abused by travelling Borussia Dortmund fans who displayed several offensive banners, including one showing a portrait of the 78-year-old in crosshairs with “Hasta La Vista Hopp!” written underneath.

The banners were a reply to a banning order sent in September to at least 33 Dortmund fans who had insulted Hopp during the final match of last season in May.

Hoffenheim reacted angrily to the banner, describing it as “an incitement to murder,” and later urged the DFB to deduct points from Dortmund.

The relationship between some Dortmund supporters and Hoffenheim has been strained since their rivals were promoted to the Bundesliga in 2008 with the help of billionaire Hopp.

They believe Hoffenheim’s arrival opened the door to the undermining of the Bundesliga’s football culture by working around the 50+1 rule, which stipulates that more than 50 percent of a club must be owned by members.

It is not the first time Dortmund have been hit with a severe DFB punishment for the behaviour of their fans.

Last year, the DFB closed Dortmund’s Sudtribune, Europe’s largest terrace, for one game as a result of provocative banners against RB Leipzig and violence against the club’s supporters outside the stadium ahead of a Bundesliga match.

Bayern Munich’s Oktoberfest kit a hit as Bundesliga champions win 7-0
FIFA’s biennial World Cup proposal may be flawed, but it would address inequality among soccer nations
How the hit show strives to get the soccer right
Barcelona’s decline is no surprise. As Pique says, ‘it is what it is’
Thomas Partey, Gabriel give Arsenal foundation to begin building momentum in second straight win