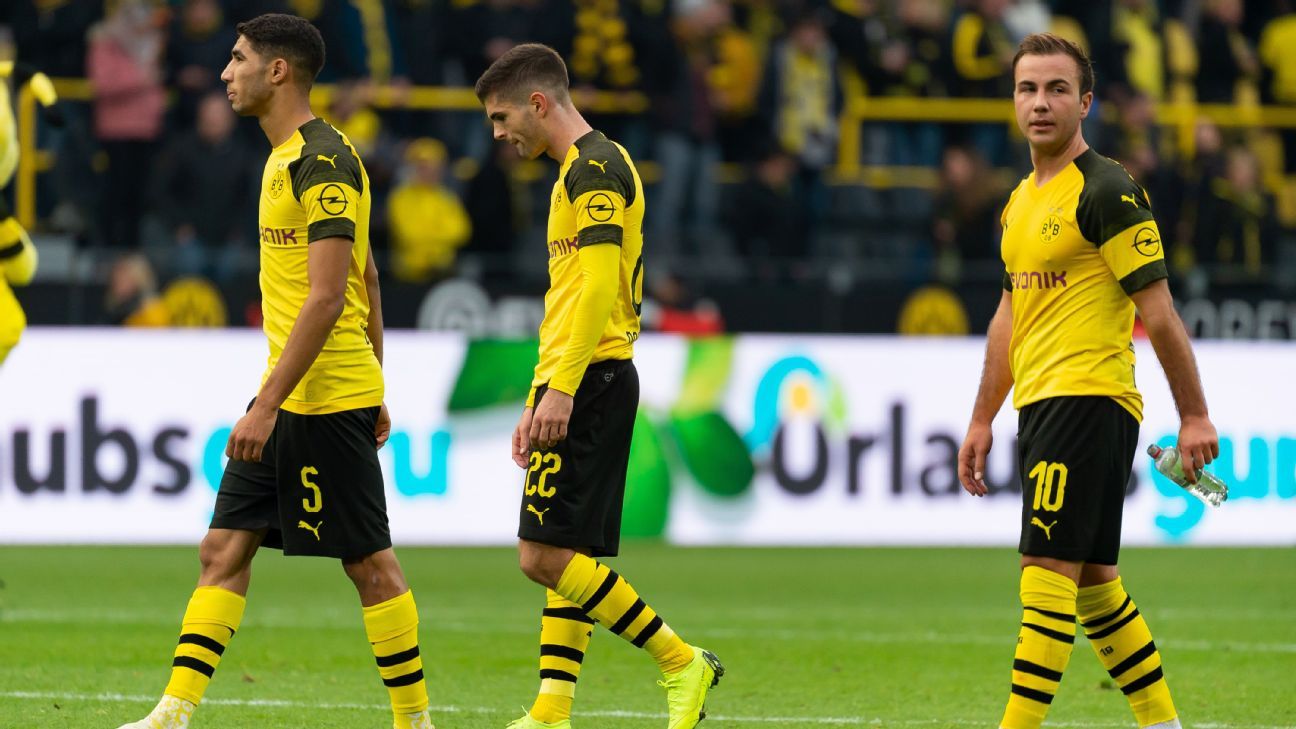 Gotze, 26, told reporters after the game: “Two points were very much possible looking at the run of play. We had enough chances to kill the game. We cannot be happy with the result and conceding so late is annoying.

“In previous games, we were more efficient in front of goal. But this won’t knock us down.”

Jadon Sancho’s brace was not enough for the Black and Yellows to secure all three points. The 18-year-old was close to a hat trick, but had a goal ruled out by the VAR in the 18th minute, as Marco Reus was adjudged to be offside.

Salomon Kalou, who also bagged a brace, equalised from the spot in the first minute of added time after centre-back Dan Axel Zagadou brought down Davie Selke in the box.

Team captain Marco Reus was downbeat after the game, but said that it was a good lesson for the young players.

“We were a bit naive in the last 10 minutes of the match,” Reus said. “Of course, nobody would mention that if we score one of our chances. We play with young players — also at the back. We will learn from this.

“We need to be more clever in our build-up and not give the ball away as cheap as we did. A 2-1 win would have also yielded in three points.”

Meanwhile coach Lucien Favre found praise for his team, telling his news conference: “We played very well and had a lot of chances. Hertha was always a threat on the counter. We could have scored the 3-1, but in the end, we made a small error.”

The 60-year-old also lauded Gotze, who picked up an assist in the first half: “He played very well. He moves right, offers solutions. He feels football, runs and presses a lot.”

Dortmund allowed Bayern Munich, who beat Mainz 2-1 away from home, to reduce the margin at the top of the table to two points.