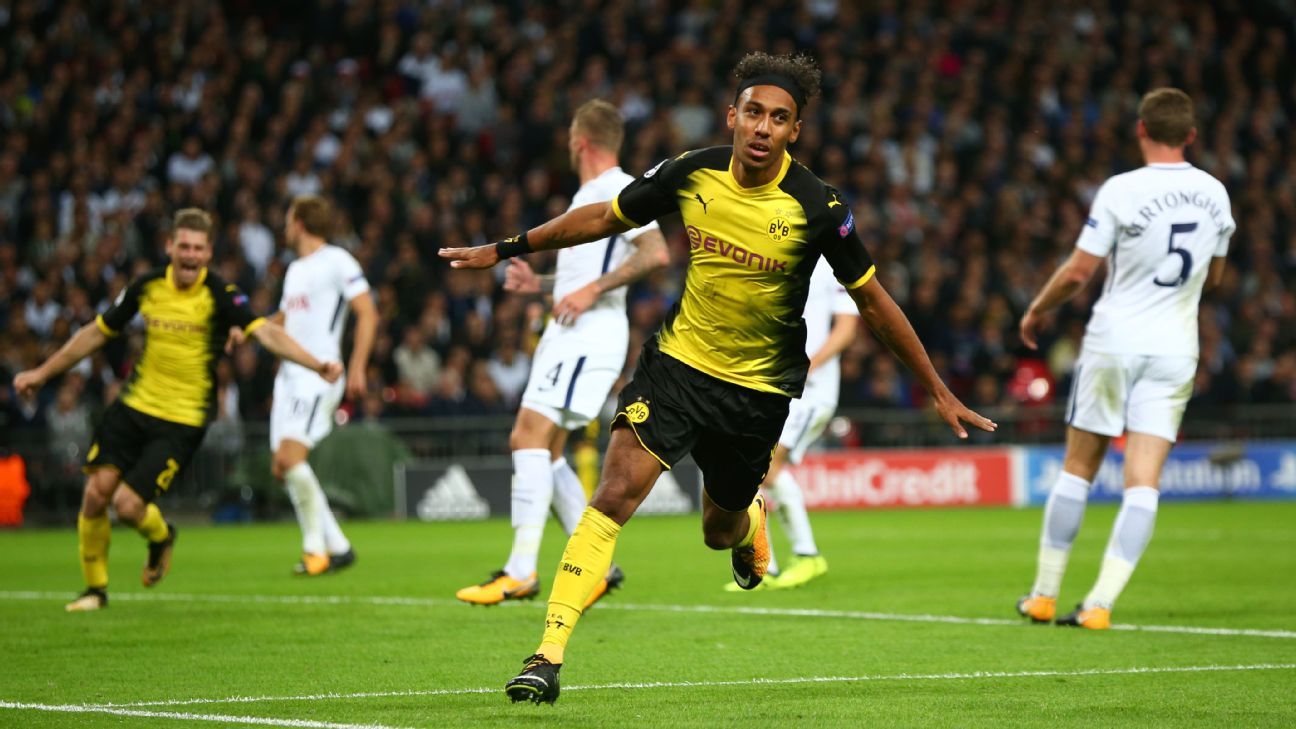 
Borussia Dortmund’s sporting director has said referee Gianluca Rocchi “wasn’t on the same level as this fixture” after the Bundesliga side were denied an equaliser in their 3-1 defeat at Tottenham Hotspur.

Pierre-Emerick Aubameyang produced a neat finish on 56 minutes that had appeared to level the scores at 2-2, but the officials ruled it out for offside. The Gabon international had been onside when the ball was played in, and while some of his teammates were in an offside position, they did not appear to be interfering with play.

“The referee wasn’t on the same level as this fixture,” Dortmund sporting director Michael Zorc told reporters after the game. “Nobody knows why the Aubameyang goal was disallowed.”

Dortmund managed only two shots on target during the match, disregarding Aubameyang’s disallowed effort, but they did dominate possession on the night according to UEFA’s statistics, completing 647 passes to Spurs’ 261 and registering better passing accuracy.

Their hopes of salvaging something from the game suffered a major setback when Harry Kane scored his second goal four minutes after the incident, and Zorc added: “I’d have been interested in the outcome of the match [had the goal been allowed].”

Dortmund might also have had cause for complaint over Kane’s first goal, when there were suggestions of a foul on Nuri Sahin in the build-up, although the Turkey international has admitted he was attempting to draw a free kick.

“I wanted to draw a foul, and I think there was a contact,” he told reporters. “I was convinced the ref would stop play, but he didn’t do it.

“I could have just cleared the ball but was certain Kane would seek contact. But it was decided that wasn’t a foul. I am not in favour of VAR , but I would have loved to have one today.”

Nothing that can’t be fixed again..What really hurts was the defeat against #thfc Coming back even stronger 💪🏽 pic.twitter.com/sOO4HEM7g5

Elsewhere, midfielder Mario Gotze has played down the damage after he was struck by Tottenham defender Jan Vertonghen’s arm in stoppage time.

Gotze bled heavily from his mouth and coach Peter Bosz told the postmatch news conference: “He has problems with his teeth — not all of them are where they should be.

Vertonghen was shown a second yellow card for the incident, but Gotze wrote on Twitter: “Nothing that can’t be fixed again..What really hurts was the defeat against #thfc Coming back even stronger”