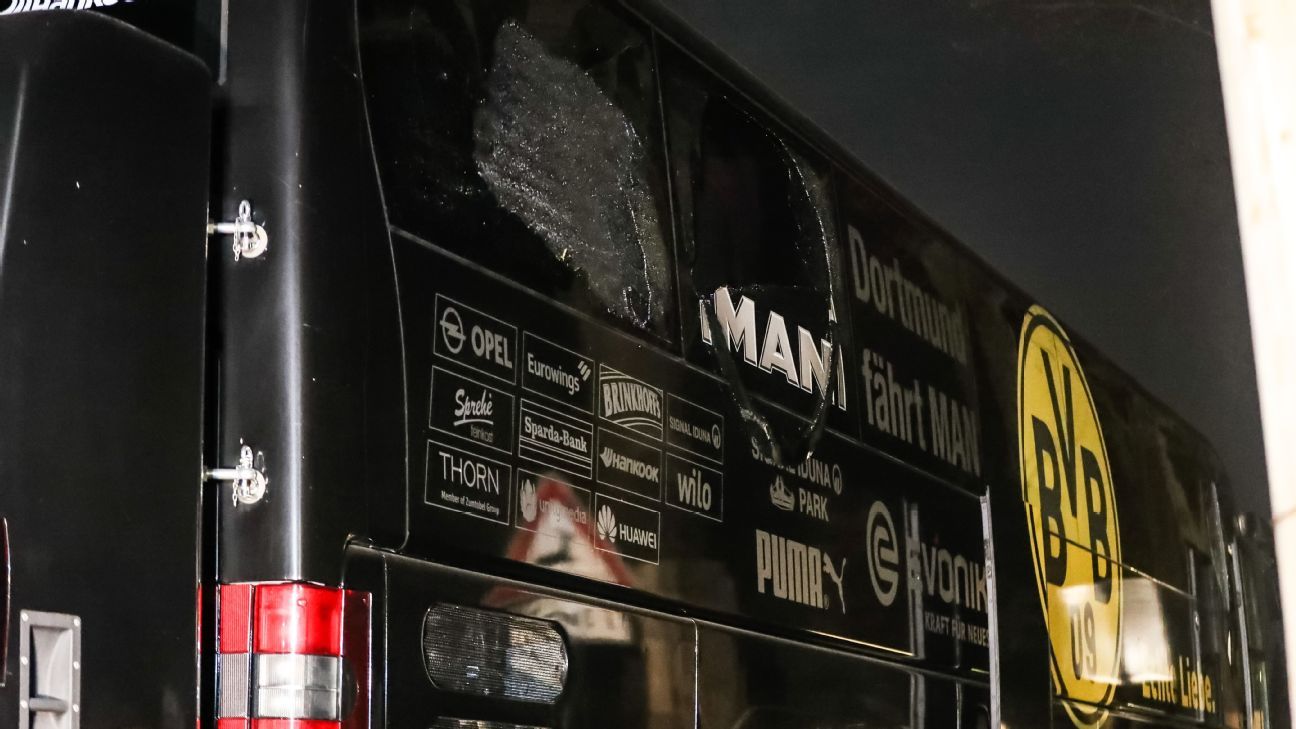 
DORTMUND, Germany — A man who carried out a bomb attack on the Borussia Dortmund team bus last year has been sentenced to 14 years in prison for attempted murder.

The 29-year-old, known only as Sergej W. in keeping with German privacy law, was found guilty on Tuesday of 29 counts of attempted murder, causing an explosion and two counts of serious bodily harm in the attack on April 11, 2017. He can apply for parole after two-thirds of his prison term.

Sergej W., a German citizen who was born in Russia, set off three devices filled with metal bolts as Dortmund left their team hotel for a Champions League home match against Monaco.

Last week, public prosecutor Carsten Dombert called for a life sentence. The defendant’s lawyers urged a sentence of less than 10 years, arguing that Sergej W., who pleaded guilty on the second day of his trial in January, had not wanted to kill those on the bus.

“He believed he could control the bombs,” Carl Heydenreich, one of two lawyers representing him, said last week.

In his reasons for the judgment, judge Peter Windgatter said the trial had shown that the metal bolts were “uncontrollable.”

Officials had said last year that Sergej W. — who said he came up with his plan after the 2015 Paris terror attacks, which included an attempt to target the Stade de France during a football match — had hoped to profit from a drop in Dortmund’s share price as a result of the attack.

During the trial, prosecutors said he could have made a profit of €506,275.

The attacker misled first responders by leaving notes that purported to have been written by Islamist extremists claiming responsibility.

The attack left defender Marc Bartra requiring surgery for an arm injury. In January, after appearing as a witness in the trial, Bartra left Dortmund for Real Betis.

A police officer was also injured in the attack and has not been able to resume work. He was present in court as Windgatter read the verdict on Tuesday.

Most of the Dortmund players who had been on board the bus appeared as witnesses during the early stages of the trial in the first half of this year and were shaken when they saw the man who planted the bombs.

Germany international Matthias Ginter was in tears on the witness stand, while keeper Roman Weidenfeller said: “We are not machines.”

Of the 18 players on board the bus, only seven remain under contract at Dortmund.

Pierre-Emerick Aubameyang, who did not appear as a witness when summoned to court in January, and Sokratis Papastathopoulos have joined Arsenal.

As a result of the attack, Dortmund’s match against Monaco was postponed until the next day. Tensions created by the decision to play it then ultimately led to the departure of coach Thomas Tuchel.