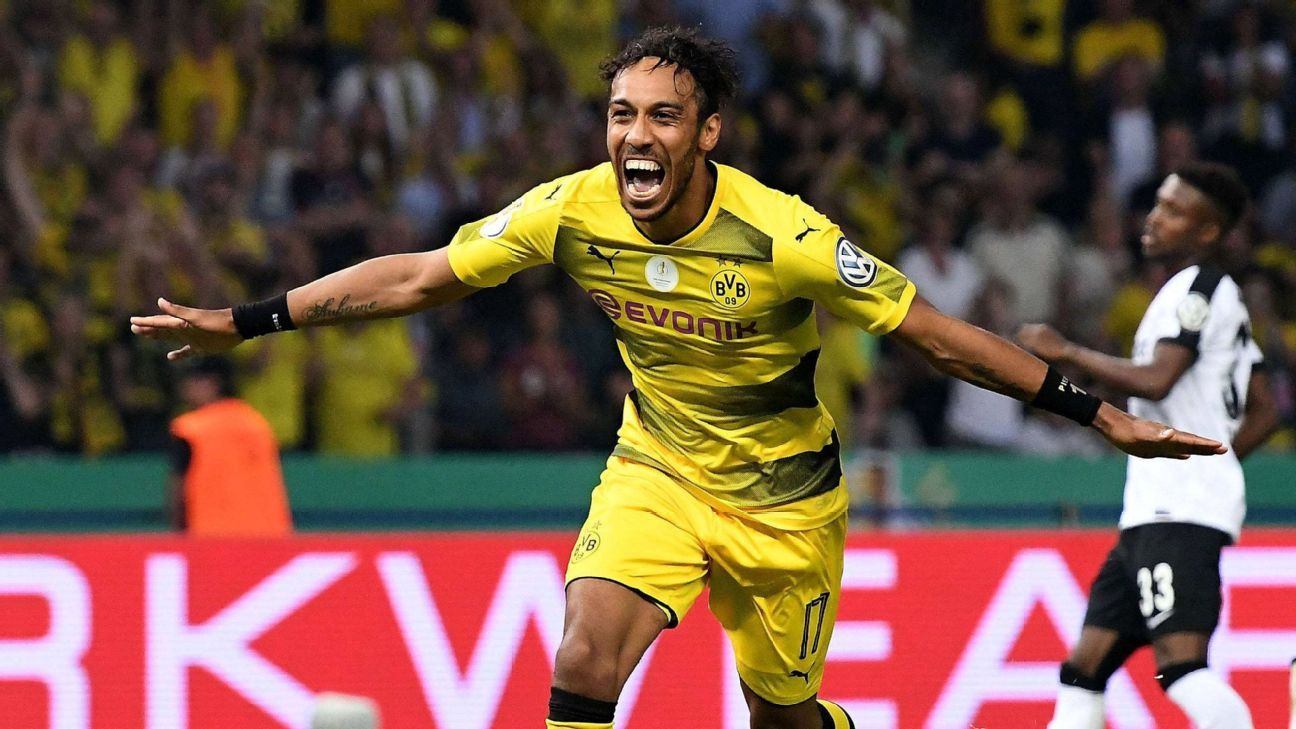 
Borussia Dortmund CEO Hans-Joachim Watzke has accused AC Milan of lacking “respect” toward the Bundesliga club in their pursuit of Pierre-Emerick Aubameyang.

On Tuesday, Dortmund all but closed the door on a summer transfer for Aubameyang, 28, who was previously reported to be available for €70 million.

“The situation was clear. We had agreed a date [with Aubameyang and his agents], and we are already past it now,” Watzke told reporters. “There is no dissent. I think that we’ve already made a huge step towards the player because of his merits for the club and because he’s an extraordinary likeable guy. We left the window open for eight weeks.”

Despite Aubameyang ending last season as the Bundesliga’s top scorer with 31 goals and having scored a total of 85 strikes in 128 league games for Dortmund, no club came up with an offer which suited all parties.

“Let’s put it that way. [A transfer] was not to be realised within the parameters set by all beforehand,” Watzke said, failing to confirm whether Dortmund received any offers for the forward.

Aubameyang had been linked with a move to Paris Saint-Germain earlier this summer, while Chinese Super League club Tianjin Quanjian and Chelsea were also credited with interest in the attacker.

Last week, Milan confirmed Aubameyang was among their targets, something Watzke was not happy to hear voiced publicly.

He said: “At one point, Borussia Dortmund needed planning security. And in spite of that it can’t be that sporting directors of other clubs say in public that they would also like to sign him, like it happened with AC Milan. That’s no sign of respect. And thus, it was time to make a statement.”

While not ruling out that Aubameyang could still move on this summer if a club were to offer big money, Watzke said: “It’s our clear goal Aubameyang plays for us this season.”

He told reporters during Bayern’s current tour of China that “it’s good he stays,” and welcomed the increased competition in the Bundesliga.