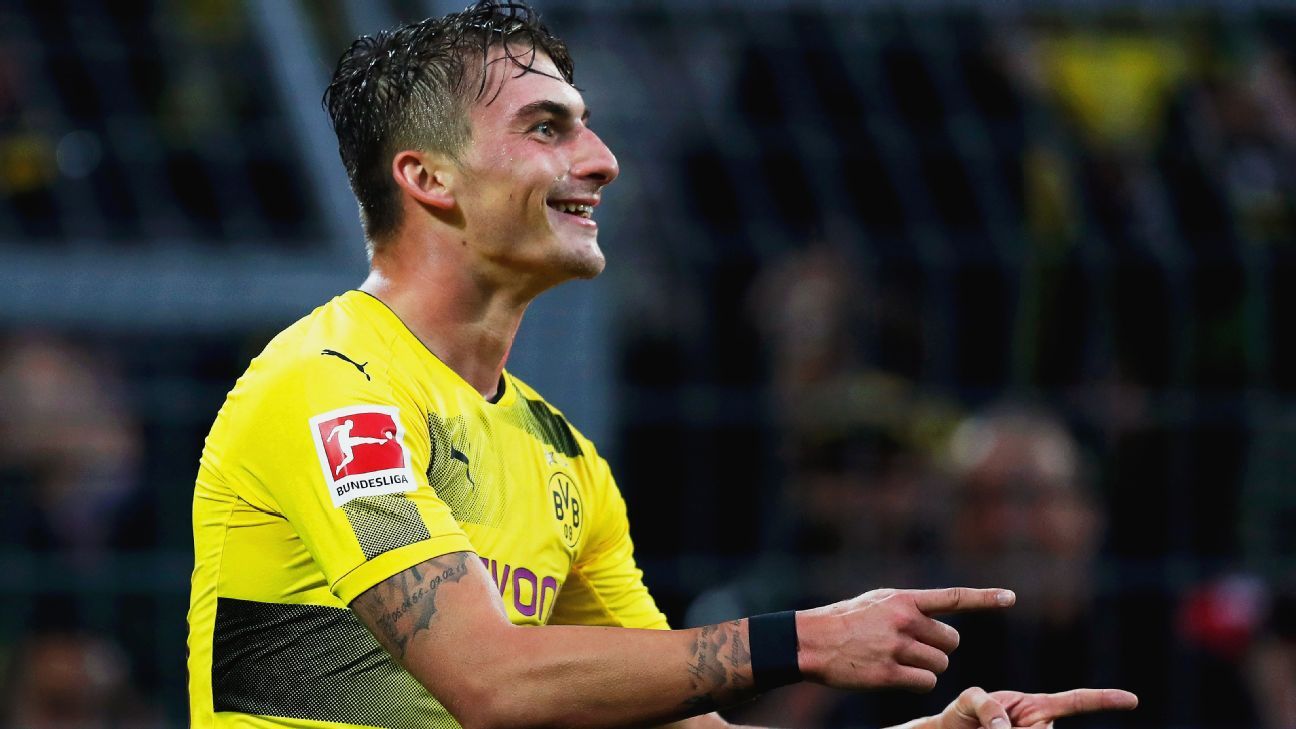 
Confidence is running high again in Dortmund after they bounced back from a scoreless draw in Freiburg and a hurtful 3-1 away loss in the Champions League to Tottenham by defeating last-place Cologne in a 5-0 drubbing on Sunday.

BVB remain top of the Bundesliga with 10 points to their name after four matches. Being top of the table, of course, has to be taken with an asterisk, as Cologne announced they want to protest the result after referee Patrick Ittrich wrongfully allowed a goal to be reviewed by the video assistant referee, even though he had blown the whistle for a foul before the ball crossed the line.

Whether the result will stand or if Cologne will force the match to be replayed remains to be seen, but either way, it helped bring back that feelgood factor to the Black and Yellows.

With 10 points out 12, with 10 goals scored and none conceded, BVB can feel satisfied with the start to their campaign — especially considering they had a manager change, with Peter Bosz replacing Thomas Tuchel, and a lengthy injury list that limited their bench to five outfield players instead of six.

There is, however, little time for the Ruhr side to rest on their laurels, with a trip to Hamburger SV on the cards on Wednesday in the Bundesliga’s “englische Woche.” The match will be an early indicator that’ll show if they can manage to improve their away record over the previous campaign, where they only won five of 17 matches.

On paper, Bosz’s team should deal comfortably with eighth-placed HSV, who lost their two most recent matches against Leipzig and Hannover. In reality, though, this will be a very uncomfortable match.

It seems clear after even this early that Markus Gisdol’s side love chaos. While Dortmund like to keep the ball on the ground — having played the fewest long balls in the league with 10.1 percent of their passes sailing through the air — Hamburg lump every fourth ball far and wide. Their 25 percent long ball percentage is a league high.

Hamburg’s plan is to win second balls with their counter-pressing in midfield rather than cleanly building from the back. For Dortmund, that means they have to be extra alert, as their high defensive line is naturally susceptible to long balls. Although die Rothosen seem to have a very unsophisticated approach to football it might be effective against the league leaders.

Another gimmick of Hamburg’s playing style is their wing play when on the attack, as almost 23 percent of their passes in the final third are crosses into the box. BVB pushing their full-backs far up the field could mean some extra space for Wednesday’s hosts, especially with Marcel Schmelzer and Jeremy Toljan sidelined. Makeshift left-back Dan-Axel Zagadou has a lot of positive attributes, but defensive stability on the wing is not one of them.

On the flip side, however, Hamburg have also allowed more crosses into their own box than any other team (114) as they congest the middle. BVB were never strong at crossing into the box in previous seasons but that might change with the addition of Andriy Yarmolenko, whose powerful crosses to Maximilian Philipp resulted in one assist and a penalty against Cologne.

With Mario Gotze likely to return and a reinvigorated Christian Pulisic, who celebrated his 19th birthday on Monday, the Ruhr side should have the individual quality on the field to secure three points.

In any case, Dortmund can use Wednesday’s trip to Hamburg and Saturday’s home match against Gladbach to build serious momentum for what could be a Bundesliga title race.

For once, Bayern Munich do not possess the strongest defence in the league and just lost Manuel Neuer to injury. It still might not be enough for BVB to compete with their southern rivals over the course of a season, but any excitement at the very top of the Bundesliga table is welcome.

At Monday’s prematch news conference, Bosz’s face lightened up when he was asked about the four clean sheets.

“You can’t win a title without a good defence,” the 53-year-old said, adding: “When you score four goals but concede five you won’t win the Championship, or any other silverware for that matter. I’m happy and proud that we haven’t conceded a goal in the Bundesliga yet.”

Although Dortmund’s flawless defensive record might be favoured by their relatively easy fixture list at the start of the season, it is remarkable they have only allowed 28 shots in 360 minutes of Bundesliga football. By comparison, Bayern have allowed 40 shots while Hamburg have allowed 69.

More than the 5-0 victory over Cologne, a win in Hamburg could be a statement to the league that Dortmund mean business.