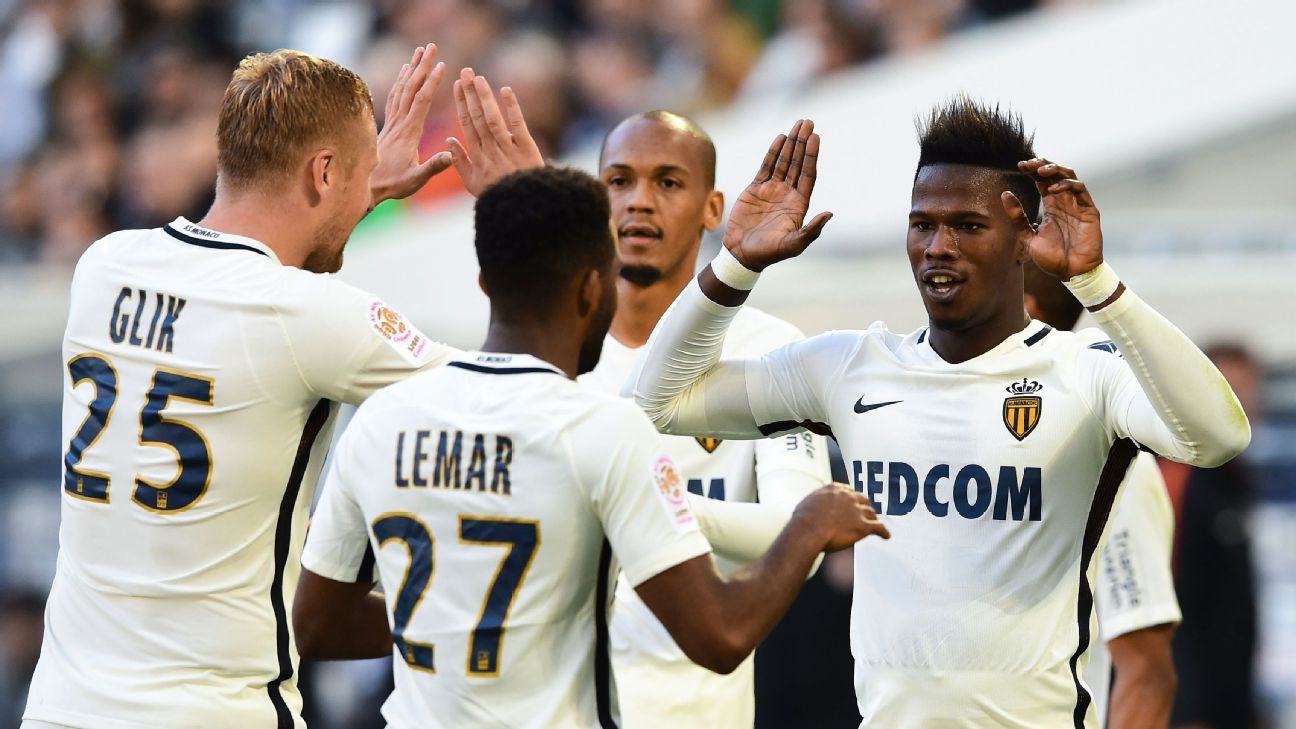 Senegal international Balde broke the deadlock in the 57th minute and Lemar scored his first goal for Monaco this season as Leonardo Jardim’s side closed the gap on PSG back to four points.

Fabinho’s early goalbound shot was well saved in the bottom corner by Bordeaux goalkeeper Benoit Costil and at the other end Nicolas de Preville fired straight at Danijel Subasic.

Costil denied the visitors again when defender Kamil Glik headed on target from Joao Moutinho’s cross on the half-hour mark.

De Preville went close to breaking the deadlock for Bordeaux early in the second half with a low shot that forced Subasic into a fine low save.

But from Moutinho’s headed pass soon after, Balde fired home a low finish from inside the penalty area to edge Monaco into the lead.

The visitors doubled their advantage in the 65th minute thanks to Lemar’s emphatic finish after he had been picked out by Glik in the area.

Alexandre Mendy’s angled effort was kept out by Subasic in the closing stages and Bordeaux went close again through Lukas Lerager, who blazed from in front of goal as Monaco kept a clean sheet.