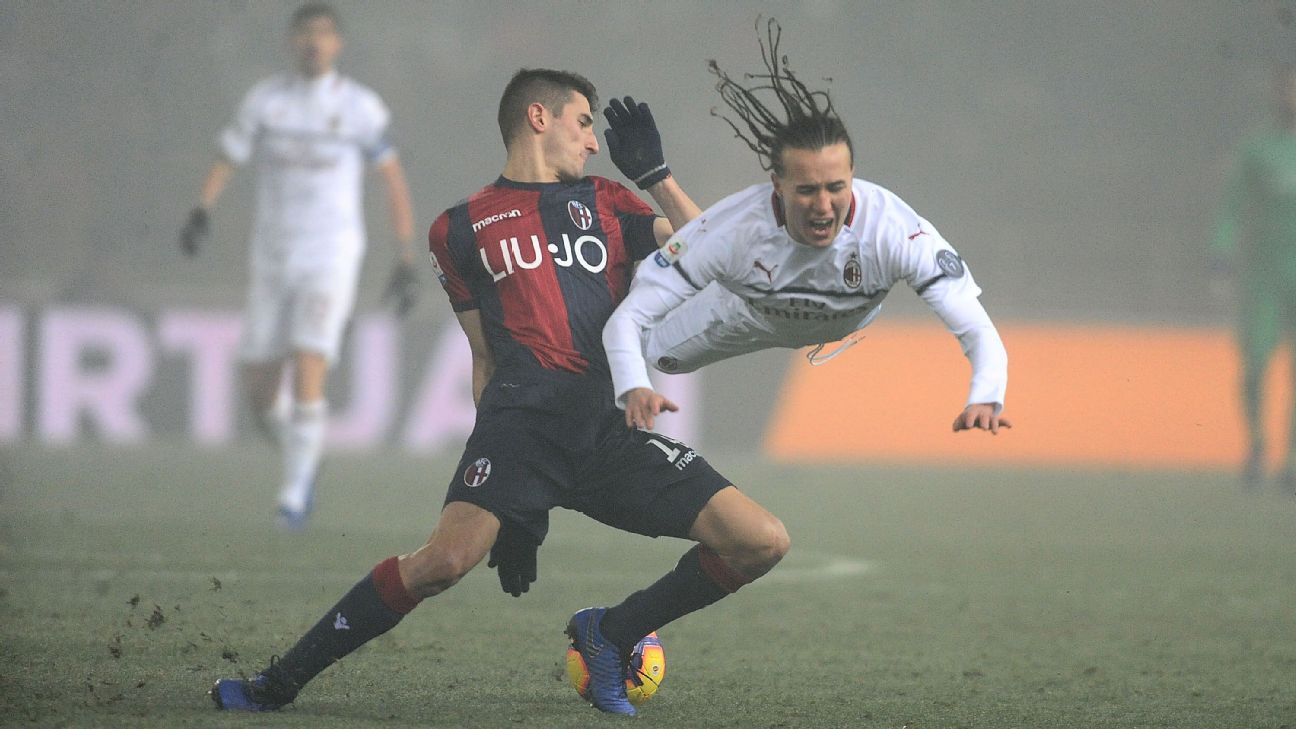 AC Milan played out a dull 0-0 draw at Bologna on a freezing, foggy night in Serie A on Tuesday, bringing little to cheer the two under-fire coaches Gennaro Gattuso and Filippo Inzaghi.

Milan, knocked out of the Europa League by Olympiakos Piraeus on Thursday, were involved in a second straight goalless Serie A stalemate, while Bologna remained in the relegation zone after extending their winless run to nine league games.

The good news for the visitors, who had Tiemoue Bakayoko sent off in the 76th minute, was that they stayed in fourth spot, which is one of the Champions League qualifying slots, and opened a two-point cushion over fifth-placed Lazio.

AC Milan forward Gonzalo Higuain continued his poor run as he wasted two shots in the first half, while Bologna forward Rodrigo Palacio forced a good save from Gianluigi Donnarumma.

Milan were reduced to 10 men when Bakayoko, on loan from Chelsea, was booked in the 73rd minute and once again in the 76th for pushing over Federico Santander.

Bologna, who are 18th with 12 points, created some promising openings towards the end, with substitute Mattia Destro wasting the best of them by heading straight at Donnarumma.

Gattuso and Inzaghi were teammates for more than 10 years at Milan but Tuesday was the first time they met as coaches.