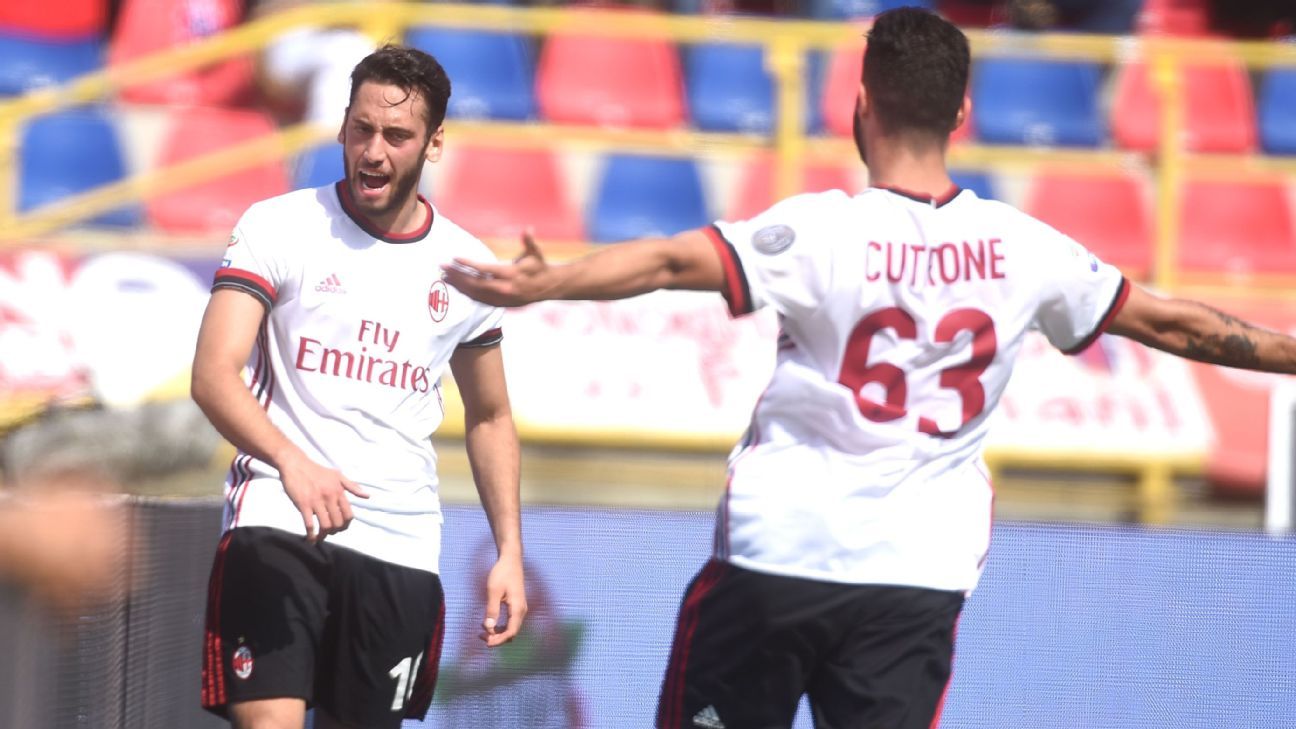 AC Milan revived their pursuit of a Europa League spot and ended a five-match winless streak with a 2-1 victory at Bologna on Sunday.

Hakan Calhanoglu and Giacomo Bonaventura scored in the first half for Milan, who had lost two and drawn three since beating Chievo in mid-March.

Milan remained one point behind sixth-place Atalanta, who beat Genoa 3-1, in the fight for the last Europa League spot.

Milan coach Gennaro Gattuso didn’t give his squad any days off this week following a 1-0 loss at home against Bologna last weekend, acknowledging that the club had “touched bottom.”

Calhanoglu was set up by Patrick Cutrone to score from outside the area in the 34th minute.

Bologna thought they had equalised four minutes later but what would have been Riccardo Orsolini’s first Serie A goal was ruled out by VAR for a handball in the build-up by Rodrigo Palacio.

Bonaventura then took advantage of a defensive mistake and fooled his marker before firing in an angled shot.

Sebastian De Maio pulled one back for Bologna with a header after the break.