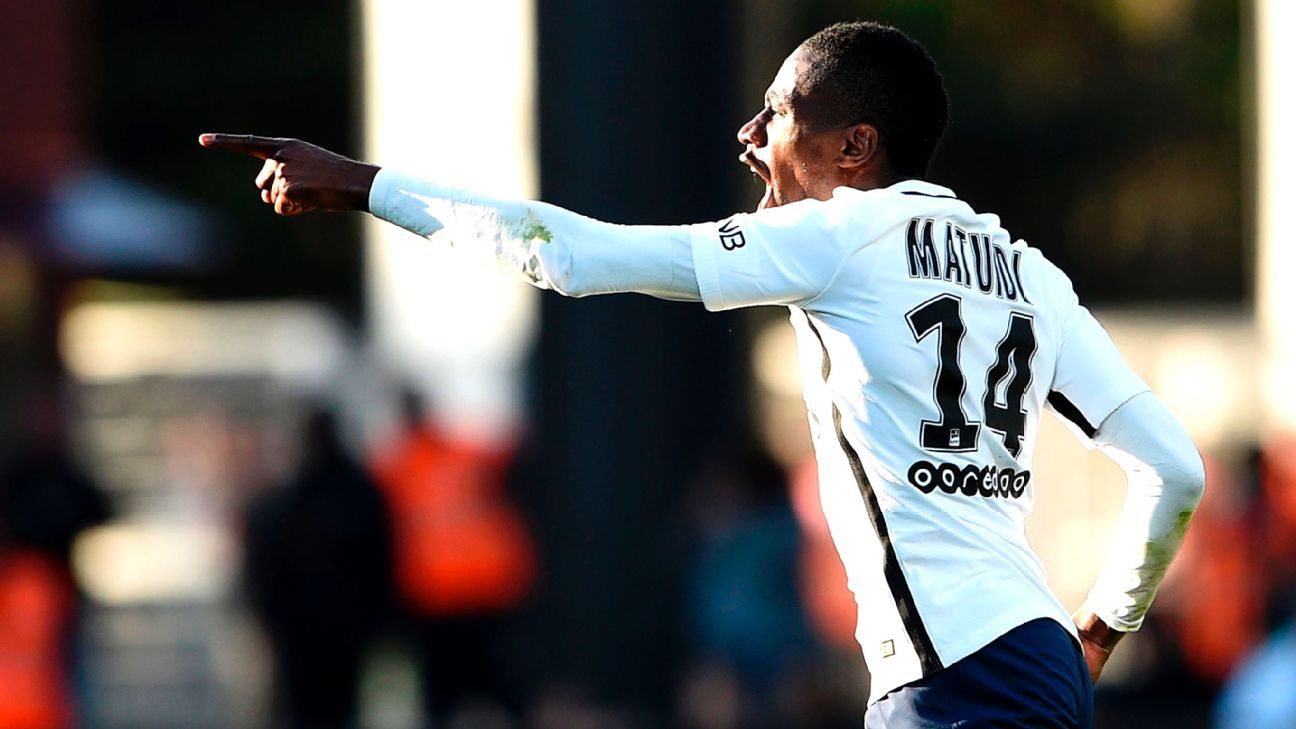 
Blaise Matuidi has joined Juventus in an initial €20 million deal after a six-year spell with Paris Saint-Germain.

France international midfielder Matuidi completed a medical in Turin on Thursday and has signed a three-year contract with the Serie A champions.

The transfer fee could raise an additional €10.5m with add-ons based on the number of appearances the 30-year-old makes with Juve.

Matuidi won 16 domestic trophies at PSG and was named as 2015’s French Player of the Year as well as twice being voted into the Ligue 1 Team of the Year.

His final PSG appearance, at Guingamp’s Stade de Roudourou on Sunday, was his 400th in Ligue 1.

PSG chairman Nasser Al-Khelaifi said of Matuidi’s exit: “I will always have great memories of Blaise’s six seasons with our club. He is a player who played every match with generosity and a permanent desire to win everything, earning admiration from everyone.

“Blaise will remain in our hearts and he will always be welcome in the big PSG family. We wish him every success in his first challenge abroad and every success with the France national team in this World Cup season.”

Sylvain Armand, a former PSG player, said Matuidi would have preferred to stay at the club but decided to move once it became clear he was no longer an integral part of coach Unai Emery’s plans.

Armand told Le Parisien: “Even if he played a lot last season, he quickly realised this campaign that he was not going to get the same playing time.

“He and Juventus will be happy together. It is a shame for PSG, because Blaise always gave absolutely everything. He was in love with the club. He would have preferred to continue his Parisian adventure.”