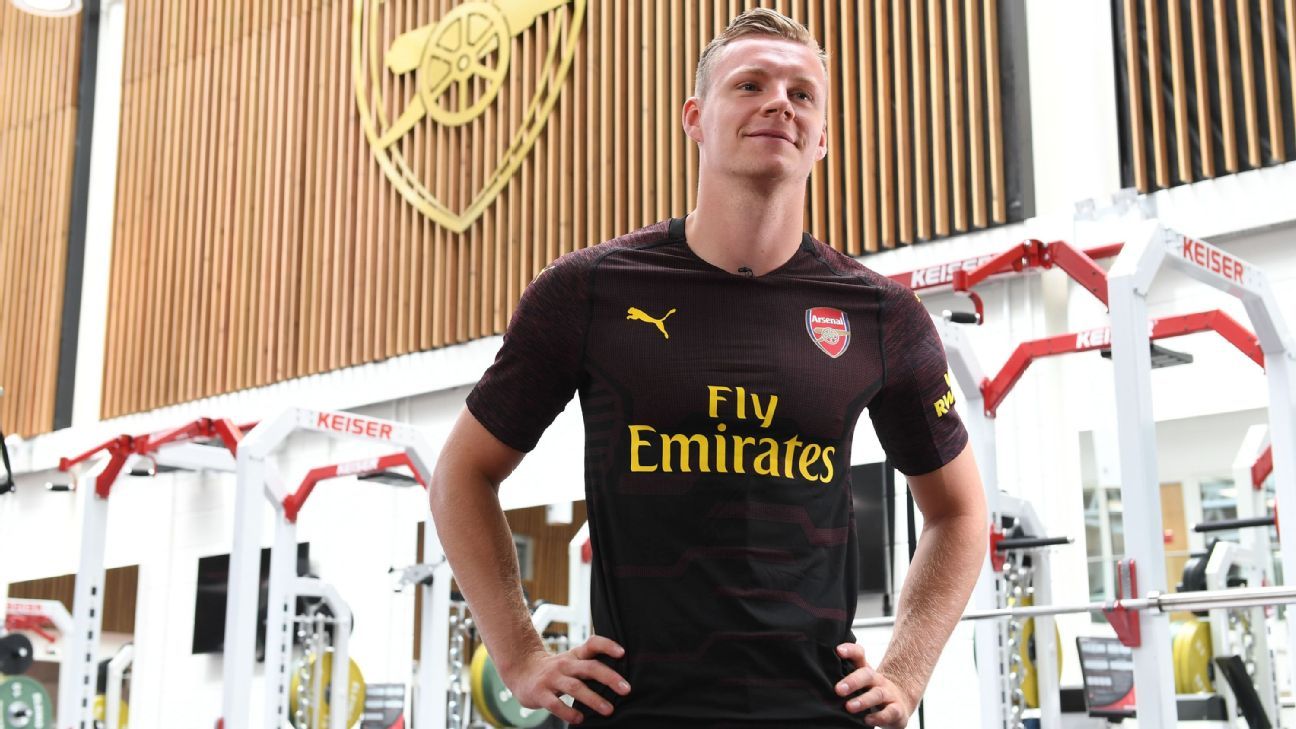 
Next season, Arsenal will have a new No.1. Unfortunately for new signing Bernd Leno, it’s not him. After three years wearing the No.33 shirt, Petr Cech has finally assumed the prestigious squad number. While it’s difficult and dangerous to read too much into such cosmetic changes, there is real reason to believe that Cech will resist Leno’s challenge to start the season as Unai Emery’s first-choice.

This has been such a remarkable summer of change at Arsenal that sometimes it feels difficult to keep up. Tuesday was particularly tumultuous, the revolving door at London Colney spinning with such ferocity that Leno’s acquisition was almost lost in the shuffle. The announcement was sandwiched by news of Emery’s coaching staff reshuffle, and the confirmation of Jack Wilshere’s decision to leave the club on a free transfer.

As far as German goalkeepers go, Arsenal operated a “one out, one in” policy. Former “Invincible” Jens Lehmann was axed from the coaching team, while Leno arrived for a reported €25 million fee. Arsenal’s need for a new goalkeeper was relatively obvious: Cech turned 36 at the end of last season, while David Ospina has never been a particularly convincing understudy. However, few anticipated the Gunners spending quite such a large chunk of their reported £50 million budget on a keeper.

Leno immediately becomes the most expensive goalkeeper in Arsenal’s history — and by some distance. Transfer fees have become so inflated that it’s difficult to draw retrospective comparisons, but only a handful of goalkeepers have ever moved for more money. The fee places Leno in some exalted company but question marks remain over whether his performances justify this kind of outlay.

Leno has long been regarded as one of the great prodigies of German goalkeeping. In 2011, Leverkusen paid around €8m to secure the 19-year-old’s signature. He proved to be a good investment, holding off the challenge of Rene Adler to establish himself as first-choice.

However, he has not progressed as anticipated. While he remains a highly regarded shot stopper, his command of his penalty area is not what you’d expect of a goalkeeper with over 200 Bundesliga games under his belt. Despite having six German caps, he has not got close to reaching the heights achieved by his compatriot Manuel Neuer.

It’s telling that Leno has been able to complete the move now because he’s having a summer off rather than forming part of Germany’s World Cup squad. His domestic form has been sufficiently poor for him to lose his international place.

At 26, there’s still plenty of time for him to improve. In goalkeeping terms, he is a baby. However, he will need to iron out the flaws in his game if he is to develop into a reliable Premier League player. This is not a case of Arsenal buying the finished produce — this is a gamble on potential.

However, that is the strategy Arsenal effectively chose to adopt when they appointed Sven Mislintat as their head of recruitment. His strength is identifying rough diamonds that can be polished into prized assets, and he is a long-term admirer of Leno’s raw ability. As part of their new-look coaching team, Arsenal have brought highly regarded goalkeeping coach Javi Garcia over from Paris Saint-Germain. Perhaps under his guidance Leno can finally fulfil his promise.

That may require some patience. It would be foolish to throw Leno straight into the spotlight, especially with an experienced alternative like Cech available. Time is on Leno’s side — after all, he is a full decade younger than the former Chelsea man. He can afford to spend a season on the sidelines, learning his trade from one of the true goalkeeping greats. What’s more, with Arsenal competing in the Europa League, he’s likely to get plenty of playing time regardless. Last season’s cup goalkeeper, Ospina, is the man who will most likely be culled to make room for Leno. That’s no great loss to Arsenal — for several years now, the Colombian’s departure has felt like an inevitability.

Leno’s ultimate ascension to No.1 is, by contrast, no sure thing. He arrives in London with plenty to prove, and an uphill struggle to ensure a regular place in the side.

Some fans may have questioned Cech’s handling last season, but he’s unlikely to relinquish his grip on the No.1 shirt any time soon.