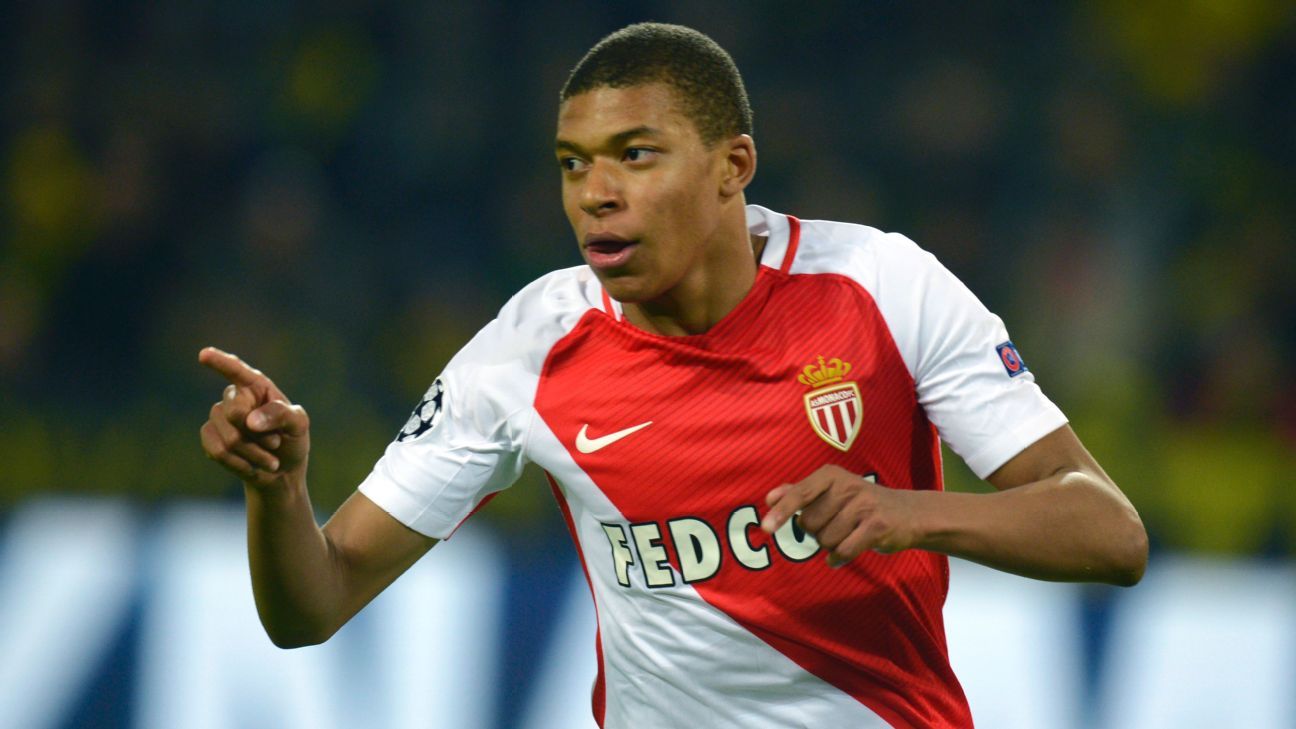 
REYKJAVIK, Iceland — Bernardo Silva says Monaco striker Kylian Mbappe will become one of the best players in the world and he would welcome the chance to play with him at Manchester City.

Mbappe, 18, has become the most sought-after teenager in world football with City, Real Madrid, Barcelona and Paris Saint-Germain all linked with the France international.

Silva, 22, was with Mbappe last season as Monaco won the Ligue 1 title and reached the Champions League semifinals, and he admits he would be excited to see him at the Etihad Stadium.

“I haven’t spoken to Mbappe — but he is a great player as well,” Silva told reporters following City’s 3-0 win over West Ham in Iceland on Friday. “I would love to have him here, and you never know, but that is for City to decide.

“He can be a superstar — in fact, I think he is already a little bit of a superstar. He is a great player to play with because he is so intelligent with his movement.

“It is perfect to have someone like him when you’re a midfield player because he is very fast, very clever, and a good finisher.

Silva was speaking before Mbappe on Saturday made an appearance at a sponsor event in Manchester, where he also posed for a picture with City’s Leroy Sane.

That photo also drew a response from City newcomer Benjamin Mendy, who wrote “City fans right now” with emojis for crying with laughter.

Silva was Pep Guardiola’s first signing of the season when he agreed a £43 million move from the French champions. Mendy has also made the same move and Silva was delighted to see the defender join him in Manchester.

“I am a big friend of Benjamin. When I met him last year it was a big surprise because Mendy is a great guy, but he is a little crazy,” Silva said.

“It is great to have him alongside me in Manchester. It was great to play alongside him last season and I hope that we can achieve a lot of things together.

“Honestly, when I signed for City I spoke to him about coming as well. I said: ‘Come on Mendy, come with me’ because he is a great player and he can really help this team.”

Silva returned late to City after playing in the Confederations Cup for Portugal but got his first minutes in the friendly with West Ham.

He revealed that he had spoken to international teammates Cristiano Ronaldo and Nani about moving to City and despite both playing for rivals United, they insisted it was a good move for him.

“This club is an ambitious club. We want to win the Premier League and go as far as we can in the Champions League as well,” he added. “All the players want to play on the big stages and I am no exception.

“Cristiano and Nani told me that Manchester is a great city. They said it was a great place to live, with nice people, and that I would enjoy it.

“Of course, they played for United, but they said that both clubs are amazing and that I would enjoy the Premier League because it’s the best league, the stadiums are always full, and people love football.”

The midfielder is still working his way back to full fitness and might not be ready for City’s first Premier League game of the season at Brighton on Saturday.

But he is already enjoying his time at the club and says he is already learning from experienced teammates like Kevin De Bruyne and David Silva.

“I can improve it a lot of ways. Guardiola has a lot of experience making players better and I am also with players like Kevin De Bruyne and David Silva who will teach me new things,” he said. “Not just in games, but also in the way they train. It will be great for me.

“I am not 100 percent fit. This has been my first week, so I am not there yet, but I will be working hard to be fully fit as soon as I can.”