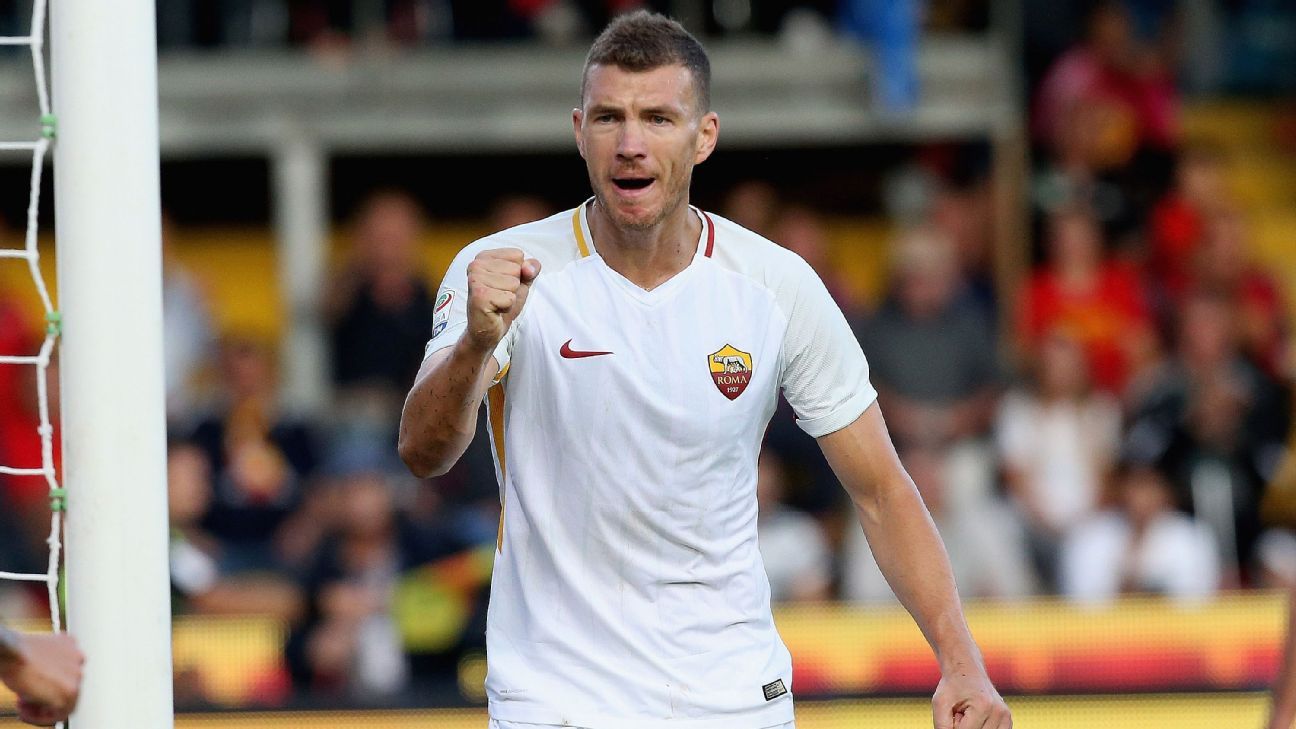 
Edin Dzeko scored twice as Roma piled on the misery for rock-bottom Benevento with a 4-0 victory.

The hosts, still looking for their first Serie A points, did not help themselves by contributing two own goals.

Yet they could have taken the lead when Massimo Coda played in Danilo Cataldi, but he fired wide.

Moments later they fell behind, Dzeko touching in a cross from Aleksandar Kolarov in the 22nd minute.

Dzeko was denied by the woodwork as he attempted to convert a rebound, but he had a hand in the second goal in the 35th minute.

Bruno Peres crossed from the right and Dzeko was primed for another tap-in until Fabio Lucioni stuck out a foot and turned the ball into his own net.

Dzeko was on the scoresheet again seven minutes after the break with a low drive from the edge of the area.

And 16 minutes from time Kolarov aimed for Dzeko yet again, only for Lorenzo Venuti to beat him to the ball for another own goal.