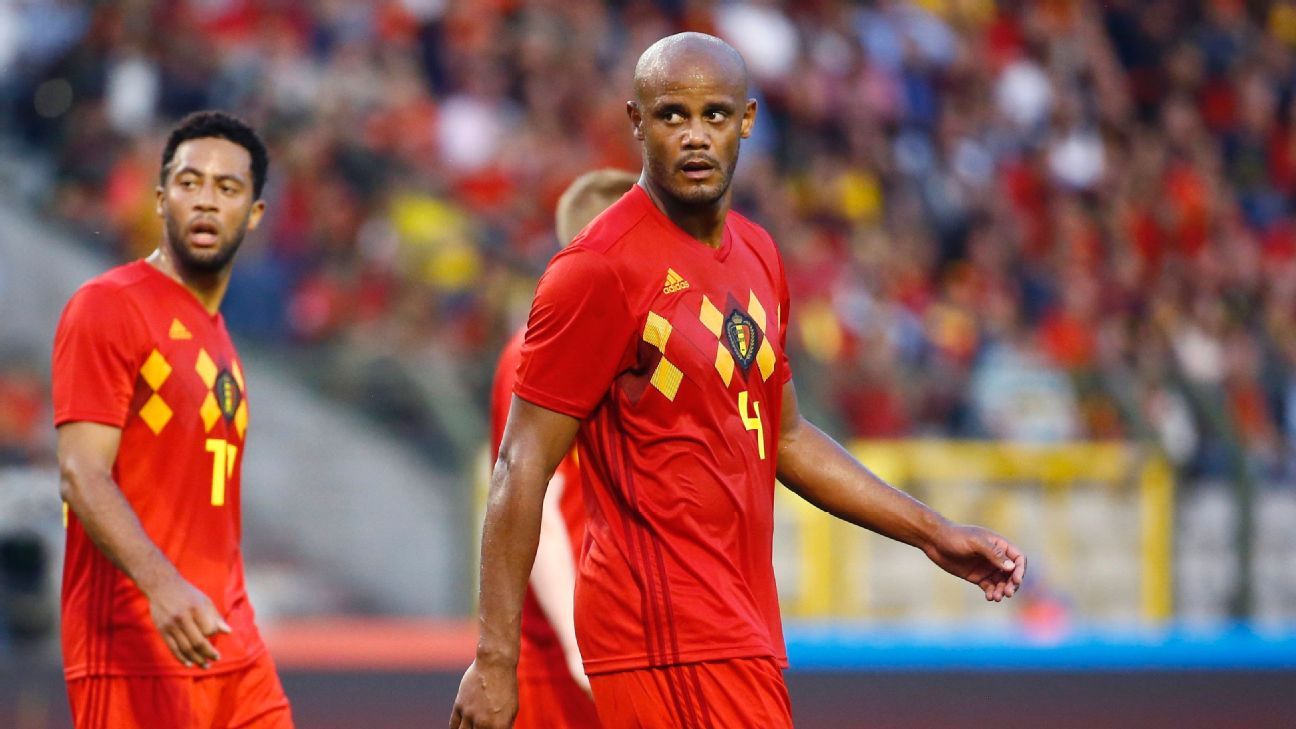 
Belgium have sent standby defender Laurent Ciman home, showing confidence in the fitness of captain Vincent Kompany and Thomas Vermaelen ahead of their World Cup opener against Panama on Monday.

Belgium coach Roberto Martinez will now hope veterans Kompany and Vermaelen do not suffer recurrences of the injuries that disrupted their World Cup preparation.

Kompany injured his groin in a pre-tournament friendly against Portugal, while Barcelona’s Vermaelen suffered a hamstring problem last month.

“With Kompany we’re going to take through tomorrow to make the final call as we follow through the procedure,” Martinez said. “We are confident as well with the progress he has made since the Portugal game that he will be available to be involved in the third game of the group phase.”

Vermaelen did not travel with the team to Sochi and remained in Moscow to continue rehabilitation.

“Thomas Vermaelen has improved really well. A little bit like we expected,” Martinez said. “He’s not going to be involved in the game against Panama and that is going to be a decision to see about using him accordingly depending on his match fitness. Medically I think he could be fit for the next two games.”

LAFC defender Ciman had been training with Belgium in Russia in case Kompany or Vermaelen failed fitness tests.

Martinez said if the team determines Sunday that either player is unavailable, Ciman would be recalled and join the team again in Moscow.

“We wanted Laurent to be prepared knowing that with a phone call he can come in and go straight into the group,” Martinez said. “He’s been a pristine professional.”

Information from The Associated Press and Reuters was used in this report.

Atletico Madrid’s three-for-one offer for Antoine Griezmann rejected by Barcelona
Nashville SC spent big on Zimmerman, as MLS defender of the year has expansion side dreaming of MLS Cup
How Higuain’s switch from Juventus to Inter Miami helped him ‘get back his love for the game’
Fed up Messi ‘tired’ of being blamed for all of Barcelona’s problems
Spanish youth side apologises for defeating opponents 30-0