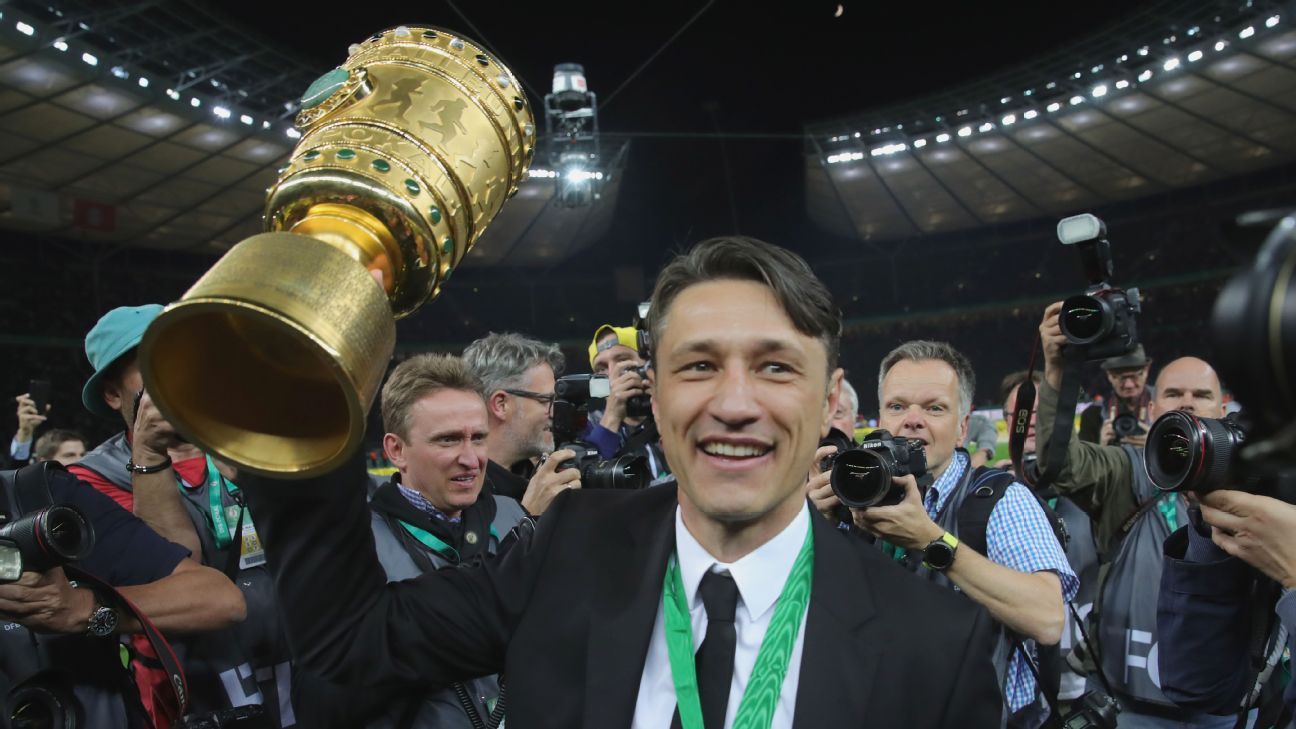 
Bayern Munich coach Niko Kovac has insisted Premier League clubs’ spending does not guarantee trophies, adding “we do it differently here” after a quiet summer for his own club.

Going into his first ever competitive match with Bayern against his old club Eintracht Frankfurt in the German Super Cup on Sunday, Kovac has a similar squad to the one Jupp Heynckes left behind when retiring after last season.

Only Leon Goretzka joined the club on a free transfer from Schalke and Serge Gnabry returned from a one-year loan at Hoffenheim. Just one key player has left the club — Arturo Vidal, who signed for Barcelona earlier this month.

And addressing his prematch news conference on Friday, Kovac commented on the differences between Bayern’s lack of spending this summer and Premier League clubs such as Liverpool or Chelsea.

“The money’s there in England. They try to gather the best players,” Kovac said. “We do it differently here at Bayern. We have no investors, no owners. Experts are at work here who know the team from the inside out. They have built this team over the past decade.”

He added: “We will remain true to ourselves. Not only we at FC Bayern, but I believe the structure in Germany won’t change a lot.”

Bayern Munich may be winners of six consecutive Bundesliga titles but have not reached a Champions League final since winning the trophy in 2013, falling to Spanish opposition in the past five years.

While no other German clubs managed to reach the knockout stage last year, five English teams reached the round of 16. Still, Kovac was not impressed.

“Spending big money does not mean you win all the silverware,” he said. “Liverpool, for example, have invested a lot now, and also last season. They did not win the [Premier] League; they reached the Champions League final.”

While Bayern have had no challengers in the Bundesliga, they have suffered the occasional defeat in the German cup, most recently in May, when Kovac’s former club, Eintracht Frankfurt, ran away with the trophy with a 3-1 win against the Bavarian’s in the final.

Kovac said he believes this is a good example that teams with smaller budgets can still find success.

“There are no guarantees,” he said. “If you spent money, it’s no guarantee you win stuff. There are other examples. We have shown at Frankfurt last season that you can also achieve things with little money.”