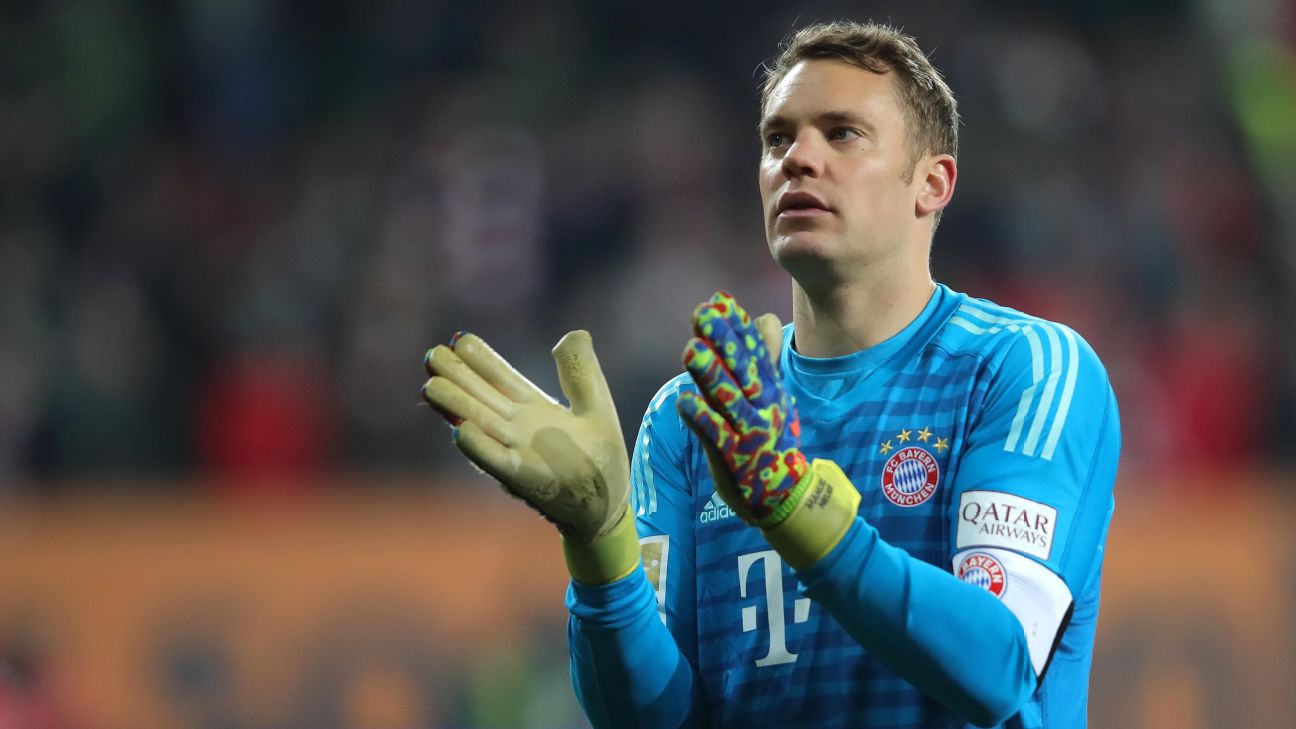 
Bayern Munich captain Manuel Neuer has agreed on a contract extension until 2023 following intense negotiations over the last few months.

Neuer’s future had been in doubt following the signing of goalkeeper Alexander Nubel from Schalke, who will officially join in the summer.

However, the Germany No. 1 has put pen-to-paper on a new deal for the next three years.

“Manuel Neuer is the best keeper in the world, and he is our captain,” Bayern CEO Karl-Heinz Rummenigge told the club’s website. “FC Bayern Munich are very happy and delighted that Manuel has prolonged his contract until June 30, 2023.”

Previously tied to the club until 2021, Neuer was not pleased when Bayern announced the free transfer of Schalke captain Nubel, and said he does not think about handing his new rival a certain number of games.

That info had been leaked to media right after the announcement of Nubel’s transfer. In the weeks which followed more and more details from the ongoing negotiations were made public by German outlet Bild.

Neuer was not pleased to read in public he allegedly asked for a five-year deal and annual salary of €20 million and his agent, Thomas Kroth, suspected a mole in the Bayern camp.

But in late April, Bayern head coach Hansi Flick made it clear that Nubel will not challenge Neuer’s place between the posts in the new season.

This served as another blow for 23-year-old Nubel, who not only lost his place in Schalke goal but also was stripped off the captaincy after announcing his decision to leave the club on a free transfer.

It, however, was good news for Neuer and the negotiations continued amid the suspension of the Bundesliga because of the coronavirus pandemic. But the 34-year-old wanted to have clarity when football returned.

On Sunday, Bayern resumed their season with a 2-0 win at Union Berlin and the contract was finally ready to be signed.

“During the weeks of the shutdown for the coronavirus pandemic, I didn’t want to make a decision because nobody knew if, when and how Bundesliga football would continue,” Neuer said.

“It was important for me to continue working with our goalkeeping coach Toni Tapalovic. Now this has been resolved, I look to the future with great optimism. I feel very comfortable and at home in Bavaria. FC Bayern are one of Europe’s top football clubs.”

Sporting director Hasan Salihamidzic said the contract extension is a “win-win situation and that’s what was very important to Manuel and to us.”