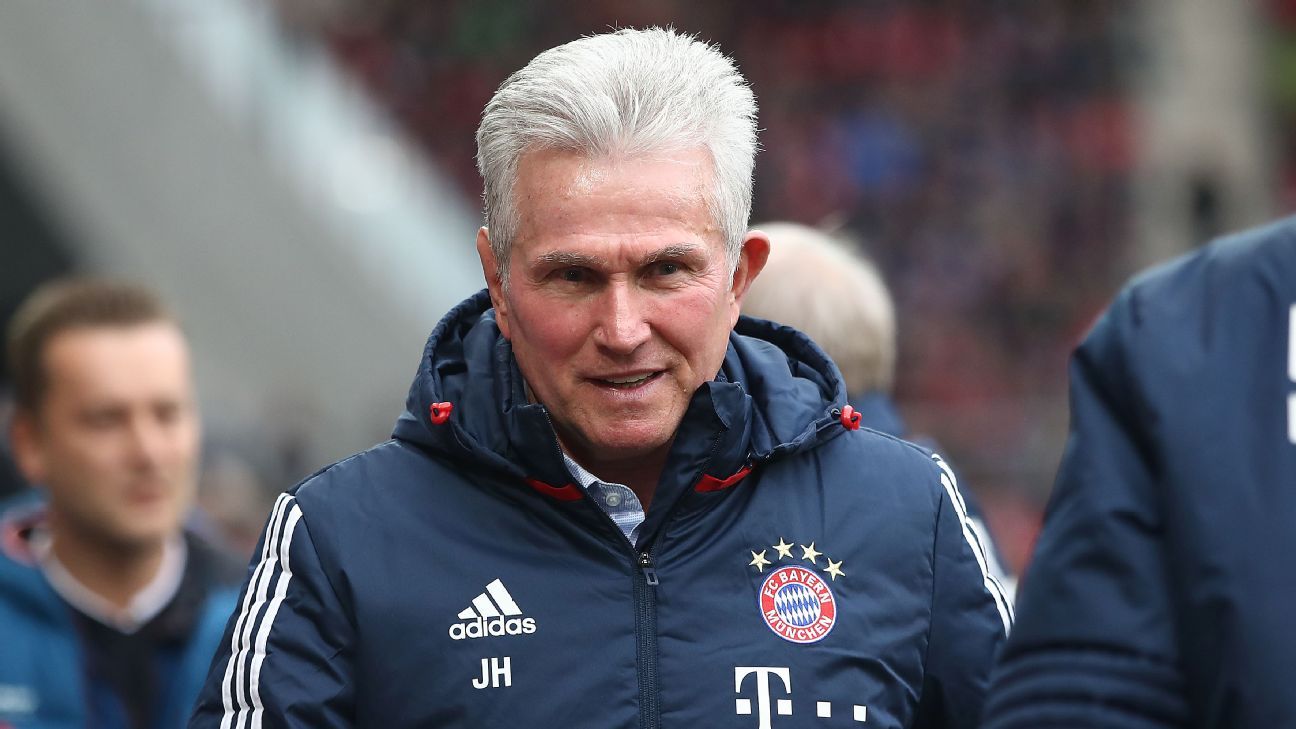 
MUNICH — Jupp Heynckes has again left his Bayern Munich future open to interpretation, saying he has not definitely committed to leaving the club in the summer.

Bayern appointed Heynckes, 72, as interim coach in October after Carlo Ancelotti’s dismissal in the aftermath of a 3-0 defeat away to Paris Saint-Germain in the group stage of the Champions League.

In an interview with Sport Bild on Wednesday, Heynckes appeared to reiterate his intention to leave the Bundesliga champions at the end of the season, while talking up former Borussia Dortmund coach Thomas Tuchel as his successor.

However, speaking at a news conference ahead of the league leaders’ home game against relegation-threatened Hamburg, Heynckes backtracked from his comments in midweek.

“I can only say nothing at all is decided yet, because, until, now I have definitely never said I will retire in the summer,” he said.

Heynckes asked the assembled media if they had heard him say he is retiring before stressing that he had never told his team he will retire at the end of the season, either.

“I have only ever referred to our agreement from last year which is still valid,” he said.

“Regarding the Sport Bild interview, I only stressed my appreciation for my colleague Thomas Tuchel, who I know very well. But if you study the context of the whole interview, I also praised many other coaching colleagues as well.

With Joshua Kimmich signing a contract extension on Friday until 2023, Heynckes backed the 23-year-old to follow in former captain Philipp Lahm’s footsteps.

“He’s a young player with still massive potential to develop. He is a great professional, a good listener who always wants to improve,” he said.

“His contract extension can only be positive for him and Bayern, and, along with fellow young players, he will ensure a smooth transition at the club. Joshua has tremendous footballing ability and can follow in the footsteps of Philipp Lahm, becoming a true identification figure at the club.”

Meanwhile, Heynckes confirmed that James Rodriguez has recovered from a calf injury, but the Colombia international will not be rushed back into the fold against struggling Hamburg on Saturday.

“James took part in his first full session yesterday,” Heynckes said. “He is doing well after his injury, but we’re not taking any risks with him tomorrow. Otherwise, we have every outfield player available except for Kingsley Coman.”

Heynckes also said that goalkeeper Manuel Neuer is “currently at 80 percent” as he continues to build up his workload and intensity in his comeback bid.

However, he was reluctant to give a potential return date for the Bayern and Germany captain.

Eden Hazard and Real Madrid still have La Liga to play for, if they can get over his behavior after loss to Chelsea
Man United defeat impacts Leicester, Liverpool, Man City fortunes without harming their own
Pogba finally happy at Man United? How new position, new mindset helping France star deliver
AC Milan’s new 2021-22 home kit to be debuted on pitch by women’s team
Juventus’ Giorgio Chiellini could make MLS move