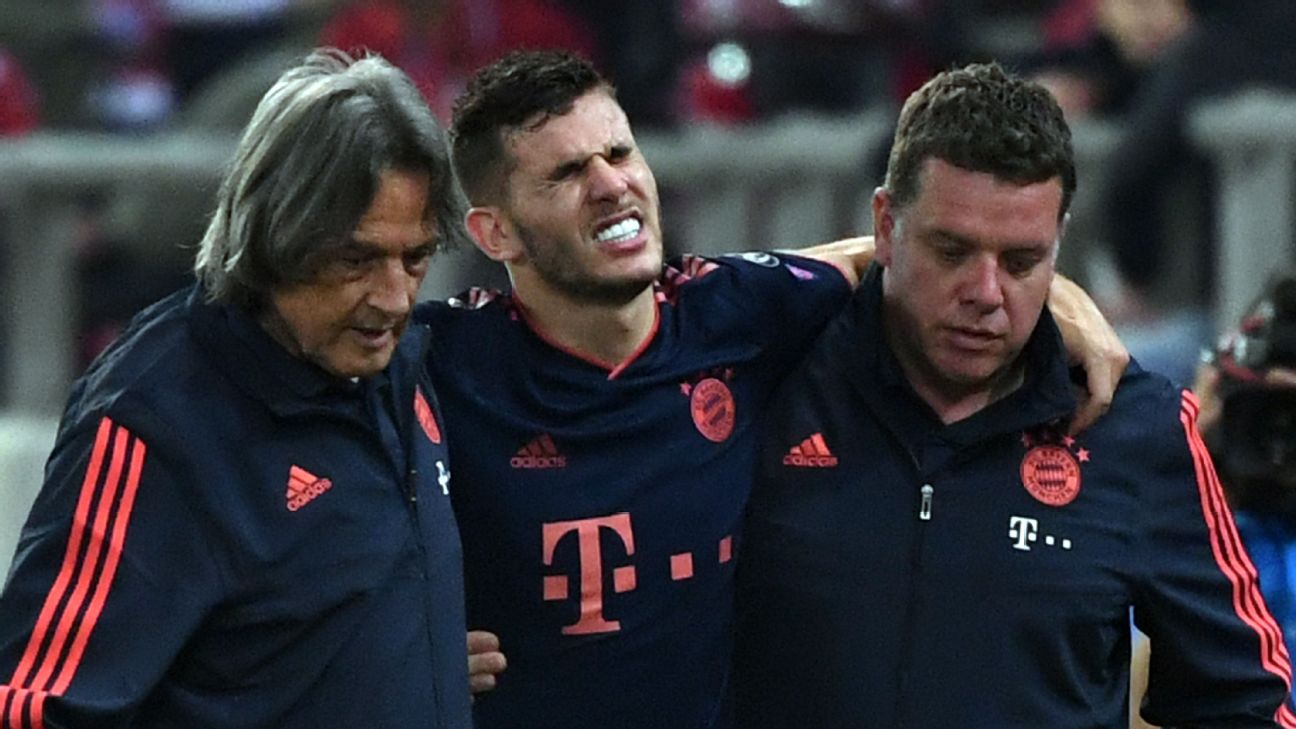 
Bayern Munich’s defensive crisis went from bad to worse on Tuesday night as record signing Lucas Hernandez suffered a partial ligament tear in his right ankle in the 3-2 win at Olympiakos.

The France defender is set to miss several weeks of action following the diagnosis and his injury comes just days after fellow defender Nikas Sule suffered a possible season-ending anterior cruciate ligament tear in his left knee. Bayern now only have two proven centre-backs in their squad.

Hernandez, who joined from Atletico Madrid for €80 million in the summer, injured his right ankle in the Champions League win at Olympiakos, Bayern announced on Wednesday.

Bayern did not say how long Hernandez will be sidelined for, but with just two months left in 2019, the defender could be out for the remainder of the year.

Speaking to reporters on Tuesday, Bayern sporting director Hasan Salihamidzic had partially blamed the French FA for the injury. The French Football Federation had called Hernandez up for the latest set of international games despite a minor knee injury, and various setbacks throughout 2019.

But speaking on Tuesday, Salihamidzic said: “He came out of a long injury and was thrown into a lot of games. This annoys me a bit.”

Upon returning from France duty, Hernandez played the full 90 minutes in Bayern’s 2-2 draw at Augsburg and three days later returned to the starting lineup in Greece.

Hernandez injury leaves Bayern with a crisis at the back. Only Benjamin Pavard and Jerome Boateng have significant experience in central defence.

Spain international Javi Martinez and left-back David Alaba can also be deployed there while youngster Lars Lukas Mai, 19, could come in.