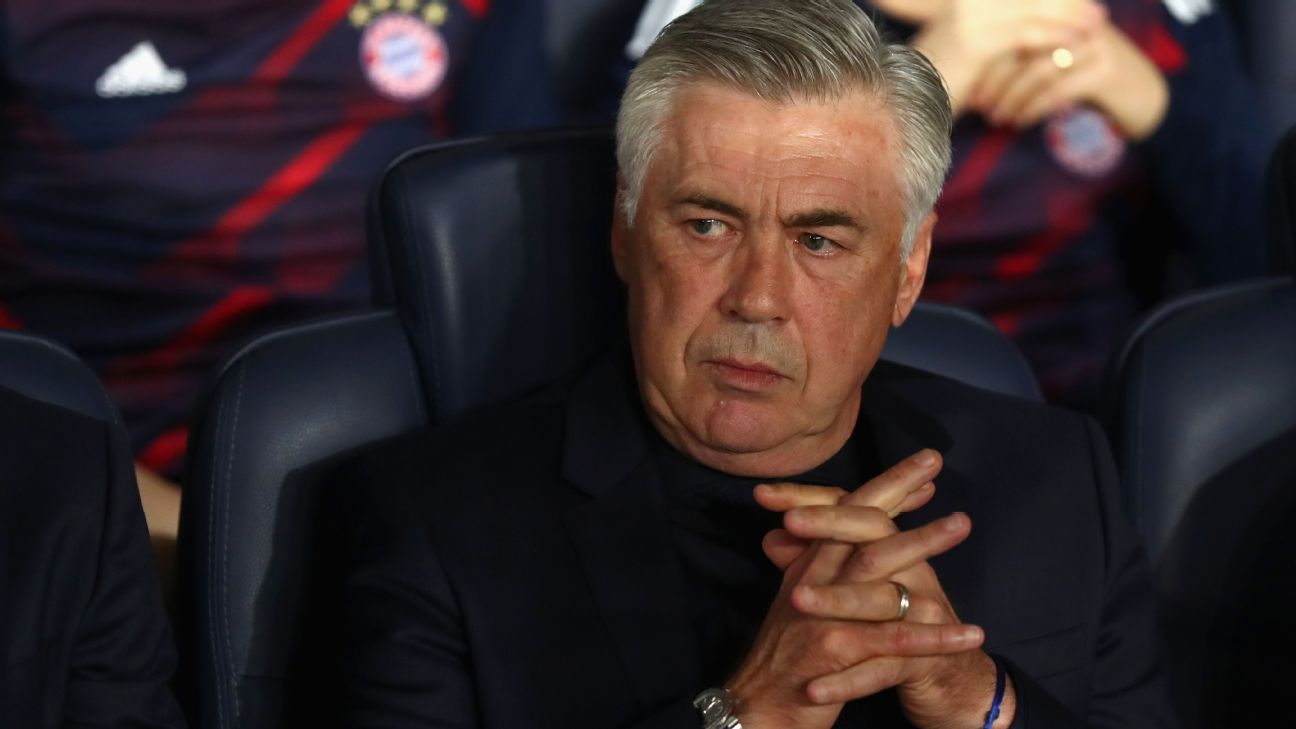 
Karl-Heinz Rummenigge had threatened “quick consequences” at the banquet in the Paris team hotel on Wednesday night, and Bayern’s executive chairman stayed true to his word. Shortly after the club’s return to Munich, Carlo Ancelotti was fired.

“Our team’s performances since the start of the season have not met our expectations. The match in Paris clearly showed we had to take immediate action,” was how the official press release quoted Rummenigge, and those two sentences neatly explain the rationale for Bayern’s decision.

There was, on the one hand, a latent unhappiness with the way the team had played this season, results aside. Secondly, the German champions’ depressing ineptitude at both ends of the pitch in the French capital on Wednesday destroyed the last remnants of confidence at board level that the team could somehow muddle through and find success with the Italian in charge. The drop in quality that he’s overseen has been too sharp to be tolerated any longer.

“What we saw today was not FC Bayern, I think we can all agree that,” Rummenigge had said after the final whistle. “It’s important that we bounce back quickly and demonstrate that we are the team that has been sensational in Europe and [the Bundesliga] alike in recent years.” Translation: Bayern are currently miles away from the performance levels of recent times. And they’re not quite a team, either.

The shock about this sad state of affairs would have been even more keenly felt if the club hadn’t come almost to expect it. The many problems PSG exposed in such brutal fashion had been internally known for quite some time.

From the outset, the board were fully aware that Carlo Ancelotti wasn’t exactly obsessed with detailed tactical work and favoured a low-intensity training regime. They realised that one half of the 2013 treble-winning team had come to end of its cycle and would be difficult to replace due to the explosion of transfer fees. Deep down, they too must have known that the appointment of Hasan Salihamidzic as sporting director was not an ideal solution.

All of these factors have naturally, logically contributed to Bayern’s regression. But the cumulative negative effect has still been much more extreme than the club thought possible because it was amplified by the consequences of a grave misjudgment. Bayern mistakenly believe that Ancelotti’s fabled man-management skills would partially offset the loss of structural cohesion on the pitch. But even in that respect, the Italian has failed to deliver. Bayern’s dressing room has not been this fraught with tension in years, and with every bad result, the cracks were deepening. The bosses feared that things getting out of control.

Someone asked Arjen Robben after the PSG defeat, “Are the players still behind the manager?” The Dutch international declined to answer.

For all of Pep Guardiola’s faults, this would have been an unthinkable question during his reign. Neither the board nor the club ever lost the fundamental belief in the Catalan’s working methods, because they experienced their undoubtedly beneficial impact every single day irrespective of the one or two bad results per season. With Ancelotti, the situation was different. As much as they might have liked him as a person, they couldn’t help but think that he should have done more to make Bayern a functioning team both on and off the pitch.

The 57-year-old’s radical rotation policy against PSG was a high-risk gamble that failed to pay off. The idea of lining up with a narrow team, bereft of the wing play of Robben and Franck Ribery, backfired. These things can happen against top opposition; not every plan comes off. Not everyone will he happy, either, least of all big names on the bench. Of much greater relevance was the fact that Ancelotti’s plans visibly lacked specific direction.

For all the dominance that Bayern did muster halfway through the first half on Wednesday, their attacking play in the final third had an air of desperation in the French capital. More often than not, the ball was aimlessly lofted into the box in lieu of more joined-up movement. On the night, 36 crosses (PSG had four) speak of the visitor’s unsophisticated methods.

If it’s individualism you want, you’d better have individual superstars up front who can win games without the help of a supporting cast. Bayern don’t have these players at their disposal. Their success since 2009-10 has been based on collectivity, tactical innovation and commitment. Right now, none of these things are present, and there were no signs that they would have magically appeared in the coming months either. Ancelotti had to go.

The big question now is how long interim coach Willy Sagnol will be keeping the bench warm for a new, more proactive manager. Bayern’s swift action today would suggest that in due course, the next man, most probably Julian Nagelsmann, will be able to step in.