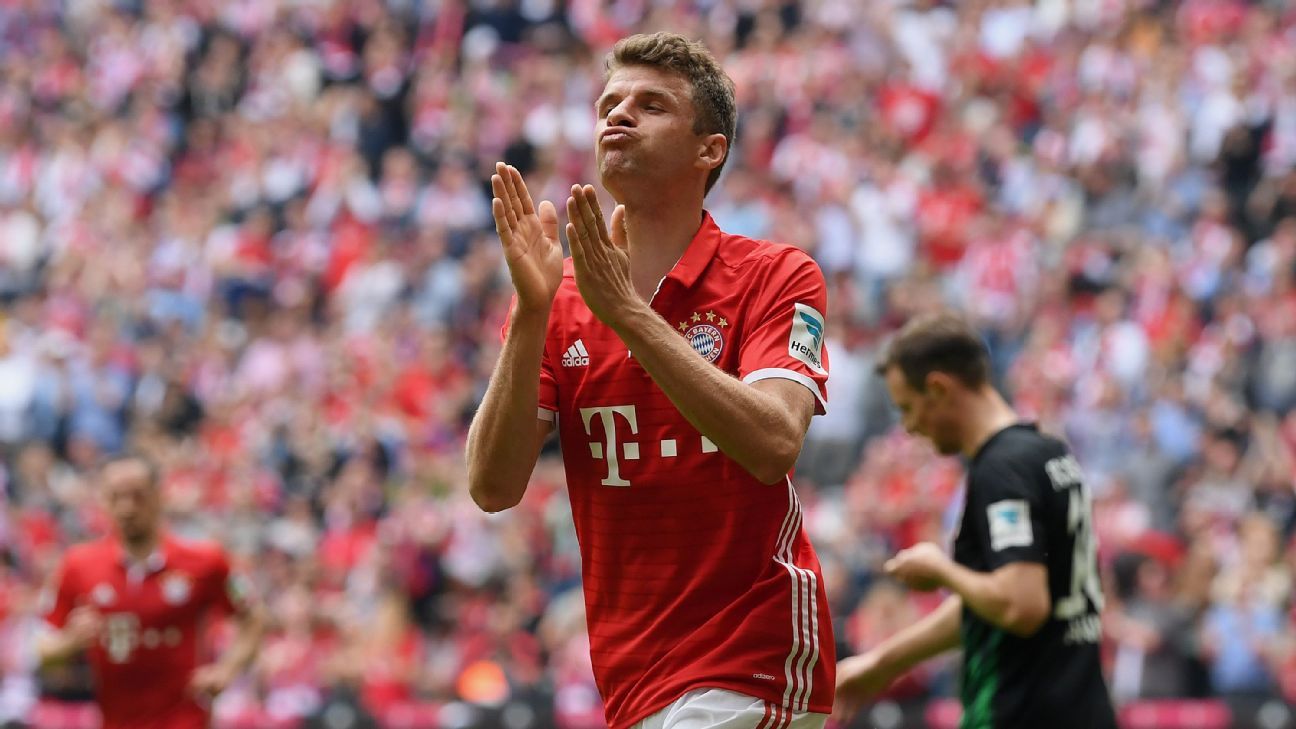 
Bayern Munich CEO Karl-Heinz Rummenigge has told Thomas Muller he will have to improve on last season’s disappointing campaign.

The Germany international struggled to back up his most prolific season ever of 2015-16 when he notched 32 goals in all competitions and was reportedly the subject of a €100 million bid from Manchester United.

“He must have a better season,” Rummenigge told Munich outlet Merkur.

Rummenigge added: “Competition for his position is fierce. I wish him a great season with lots of goals.”

Rested for Germany in their Confederations Cup success in Russia, Muller started Bayern’s opening preseason friendly on Thursday, scoring the second goal in a comfortable 4-1 win against local amateur side Wolfratshausen.