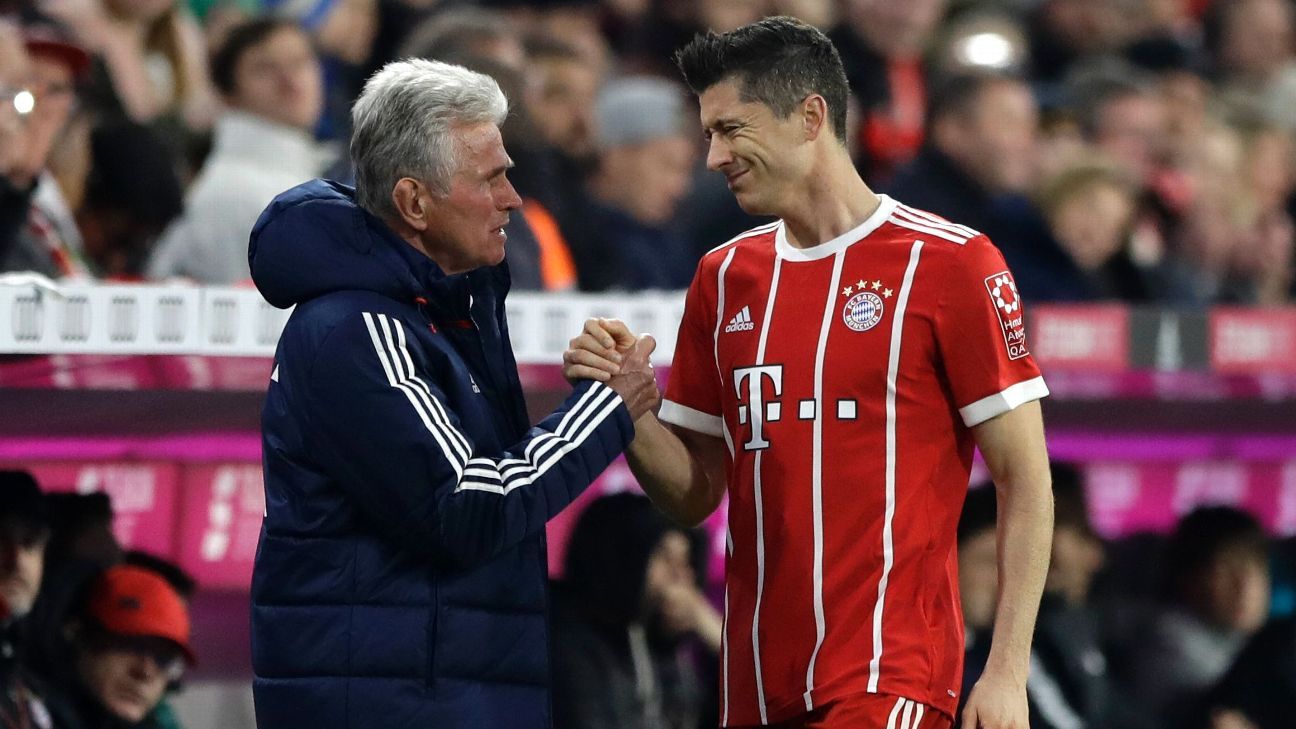 
Robert Lewandowski hopes to be available for Bayern Munich’s Champions League clash with Celtic, despite suffering a minor injury on Saturday.

Injuries to Thomas Muller and Franck Ribery have left Bayern short of attacking options and Lewandowski’s substitution late in the first half of the 2-0 win over Leipzig was another concern for them.

Midfielder Arturo Vidal took his place as Bayern played without a recognised striker in the second half, but the Poland striker insists his withdrawal was merely a precaution.

He told Sport Bild: “For me, Glasgow is just as important as the next Bundesliga game against Borussia Dortmund. We have to win.

“I didn’t want to take any risks on Saturday — it felt like cramp. It isn’t too bad. This season has been really hard for me. I have been playing for Bayern and Poland every three days since it started.

“No player can play 90 minutes in every game, but at the moment there is no other option. We do not have a back-up in my position at Bayern.”

Kingsley Coman is another attacking injury for Bayern coach Jupp Heynckes to contend with and was not part of the squad against Leipzig, but the France international could also be available against the Hoops.

Heynckes said in his postmatch news conference: “Kingsley has slight discomfort in his knee and thigh muscles. That’s why I did not want to take any risk. I hope he can play against Celtic.”

Lewandowski and James Rodriguez scored Bayern’s goals against Leipzig, who had Willi Orban sent off early in the game.