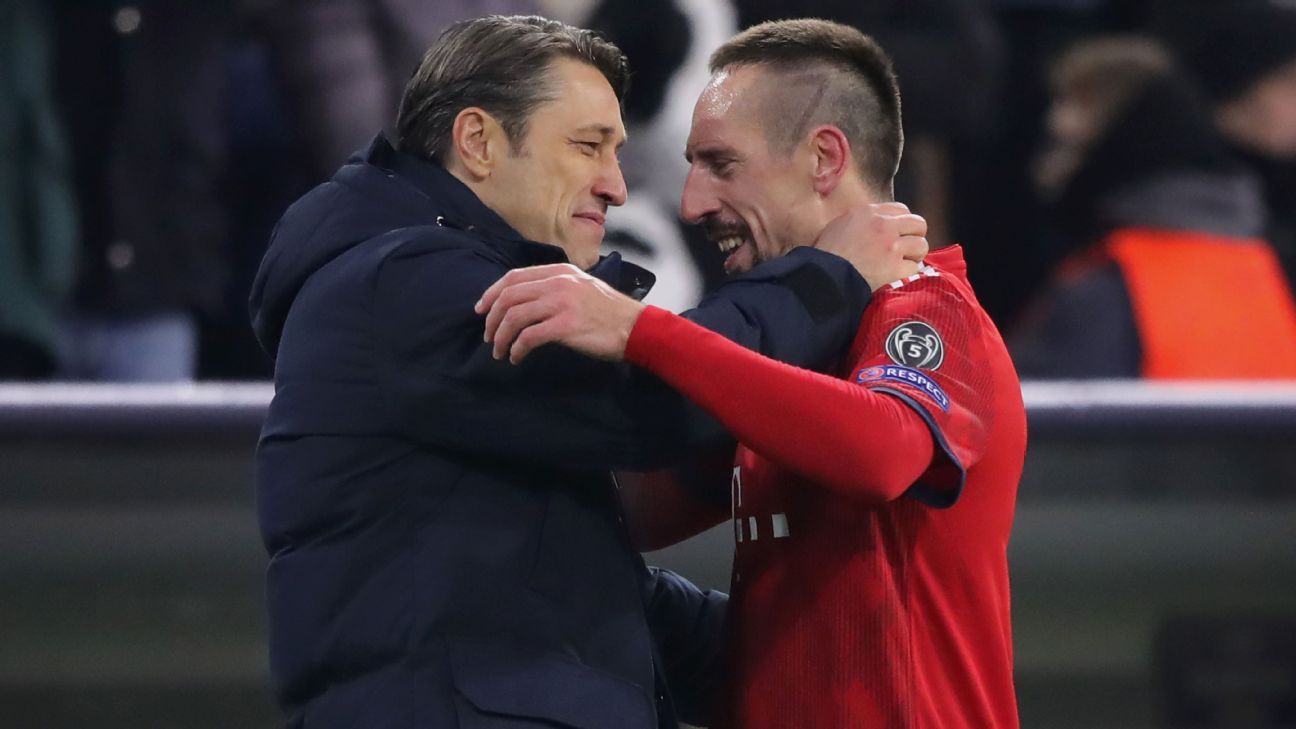 
Telling a white lie can offer a convenient way out of a current predicament. But there might be a price to pay for it further down the road, something Niko Kovac is finding out at the moment.

Back in April, when the air was heavy with rumours about his move to Bayern Munich, the Croat reassured Eintracht Frankfurt’s sporting director Fredi Bobic and supporters that there had been “no contact” with the serial German champions and that he was set to continue on the Eagles’ bench in the following season… “as it stands.”

Less than half a season into his new job, those three little words have come back to haunt the 47-year-old. Worse still, they’ve evolved into a cynical punchline on social media and in conversations among fans.

“As it stands, Niko Kovac is still Bayern Munich’s manager,” this one goes, and this time, the joke’s on him.

The biggest result of the season, a 5-1 over Benfica, eased the pressure on the Bayern board to pull the plug on his reign but the persistent enquiries about his immediate future — “will he be in charge against Werder Bremen at the weekend,” reporters asked sporting director Hasan Salihamidzic minutes after the final whistle on Tuesday night — only underlined the precarious nature of the status quo. Yes, Kovac will make the trip to Weserstadion, Salihamidzic replied, as casually as possible. But both the nature and the backstory to this performance against Rui Vitroia’s side ensure that plenty of doubts will remain.

First and foremost, this was a win for the “old” Bayern, one epitomised by veterans Arjen Robben (two fine individual goals) and Franck Ribery (one fine individual goal) as well as Robert Lewandowski, who scored twice after corners to become the sixth-best striker in the history of the Champions League with a tally of 51. As such it validated, at least momentarily, the board’s strategy of putting off the big transformation of the squad for one more year. The ease of qualification for the last 16 (albeit in an easy group) enables the bosses at Sabener Strasse to dismiss wide-scale criticism of the team’s age structure as overblown in coming weeks. They’re out of the firing line… as it stands.

The host’s determination and energy on Tuesday was in such marked contrast to the mostly stale fare served up in the Bundesliga, however, that Kovac won’t be getting much credit for it. If anything, it threw up the question why the manager has been unable to get similar tunes out of his men since a convincing run of seven wins early on in the season.

Was it the meeting of Manuel Neuer, Thomas Muller, Lewandowski and Ribery with Karl-Heinz Rummenigge and Uli Hoeneß on Monday (first reported by Bild) that had the galvanising effect? Bayern’s leadership had sought to remind the key quartet of their responsibilities for the club’s greater good but it is understood that the players used the opportunity to voice their concern about Kovac’s management, too. The board’s emergency intervention attests to the gravity of the situation and also provides an insight into the club’s broken power structure, one of the deeper-rooted reasons for their travails.

Kovac’s authority is obviously not strong enough to call his stars to reason; neither is Salihamidzic’s. The 41-year-old, a strangely passive and silent figure throughout these weeks of crisis, appears further weakened by this latest development. Not for the first time this season, Hoeness unwittingly revealed who was really calling the shots when he told the press at the Allianz Arena “we have decided that Hasan will talk to you today.” Given the stage for once, Salihamidzic promptly emphasised that neither Arsene Wenger nor any other candidates to replace Kovac had been considered.

Bayern, a source has told ESPN, indeed remain committed to seeing out the season with Kovac in charge unless results in the Bundesliga render his position untenable. But as long as players continue to complain about a lack of tactical instructions in attack, the manager’s long-term prospects are bleak.

The significant rebuilding job Bayern are faced with in the summer will force them to take a firm look sooner rather than later; prospective recruits such as Kai Havertz, the outstanding talent of his generation, will want to know who’d be coaching them next season before putting pen to paper.

Kovac is in a tough battle to convince his superiors that he’s the right man for the Bavarian reboot. And as it stands, he’s losing it.