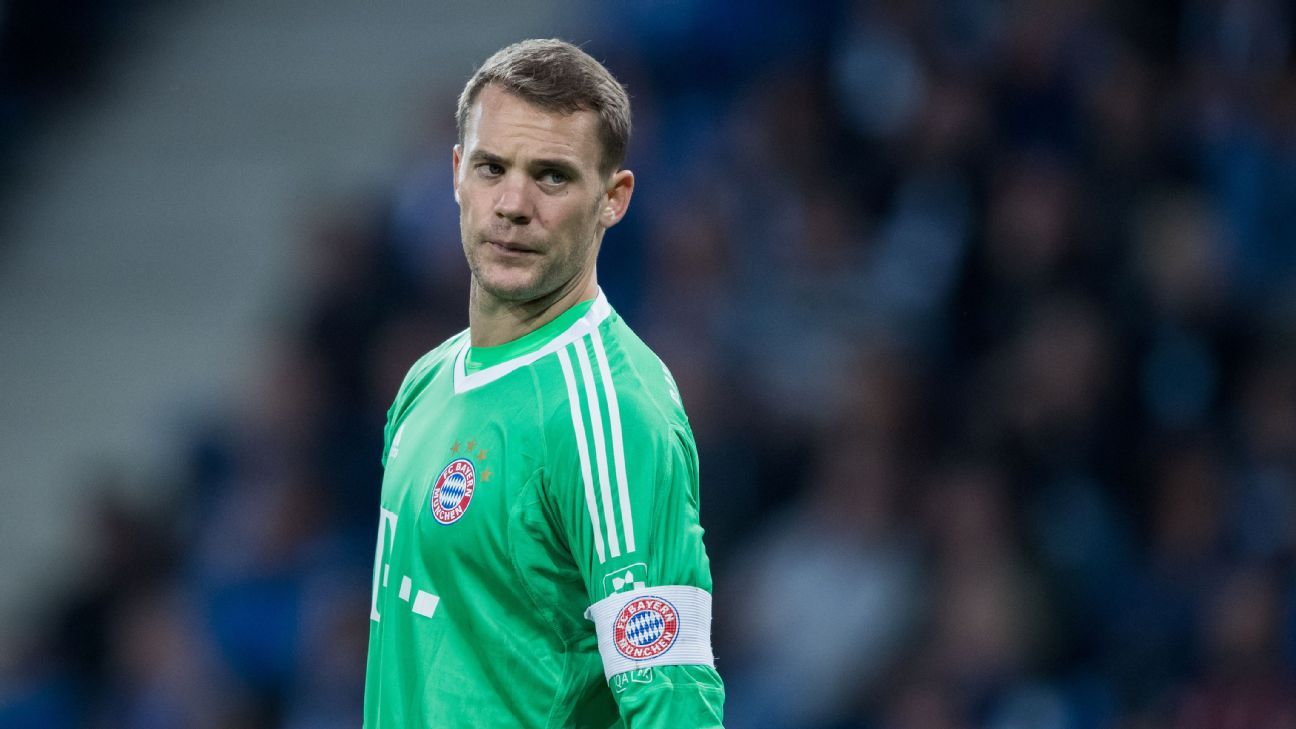 
Bayern Munich captain Manuel Neuer has undergone “perfect” surgery on a broken foot but has been ruled out for the rest of the year.

Bayern announced on Monday that Neuer had injured his left foot in training and was due to miss Tuesday’s trip to Schalke.

However, following an operation, Bayern will now have to do without the Germany international until January..

A Bayern statement read: “Manuel Neuer [31] sustained a repeat hairline fracture of the metatarsal in his left foot in training on Monday. Following a final diagnosis on Monday lunchtime, the Bayern captain underwent surgery early on Tuesday morning to repair the damage. The op, performed by Prof. Dr. Ulrich Stockle in Tubingen, involved setting the fracture with a plate.”

Bayern CEO Karl-Heinz Rummenigge added: “Manuel Neuer has sustained another injury and we’re incredibly sorry for him. The operation went perfectly, which is the most important thing for now. We and our captain are now looking to the future. Manuel will be back to his previous best and available to us again in January.”

Update: @Manuel_Neuer has suffered a hairline metatarsal fracture in his left foot & has had successful surgery.

Neuer broke his left metatarsal for the first time during the Champions League defeat to Real Madrid in April and missed the start of this season.

He made his comeback against Werder Bremen last month but the goalkeeper faces another lengthy spell on the sidelines with a recurrence of the injury.

Sven Ulreich will deputise while Neuer completes his rehabilitation. The 29-year-old former Stuttgart keeper has played 12 competitive matches since joining Bayern in 2015, conceding 13 goals in those games, winning eight, drawing one and losing three, including last season’s 3-2 home defeat to Borussia Dortmund in the DFB Pokal semifinal — in the aftermath of Neuer’s original injury.

Neuer underwent surgery performed by Professor Stockle, who has previously operated on Bayern stars such as Bastian Schweinsteiger, David Alaba and Franck Ribery.