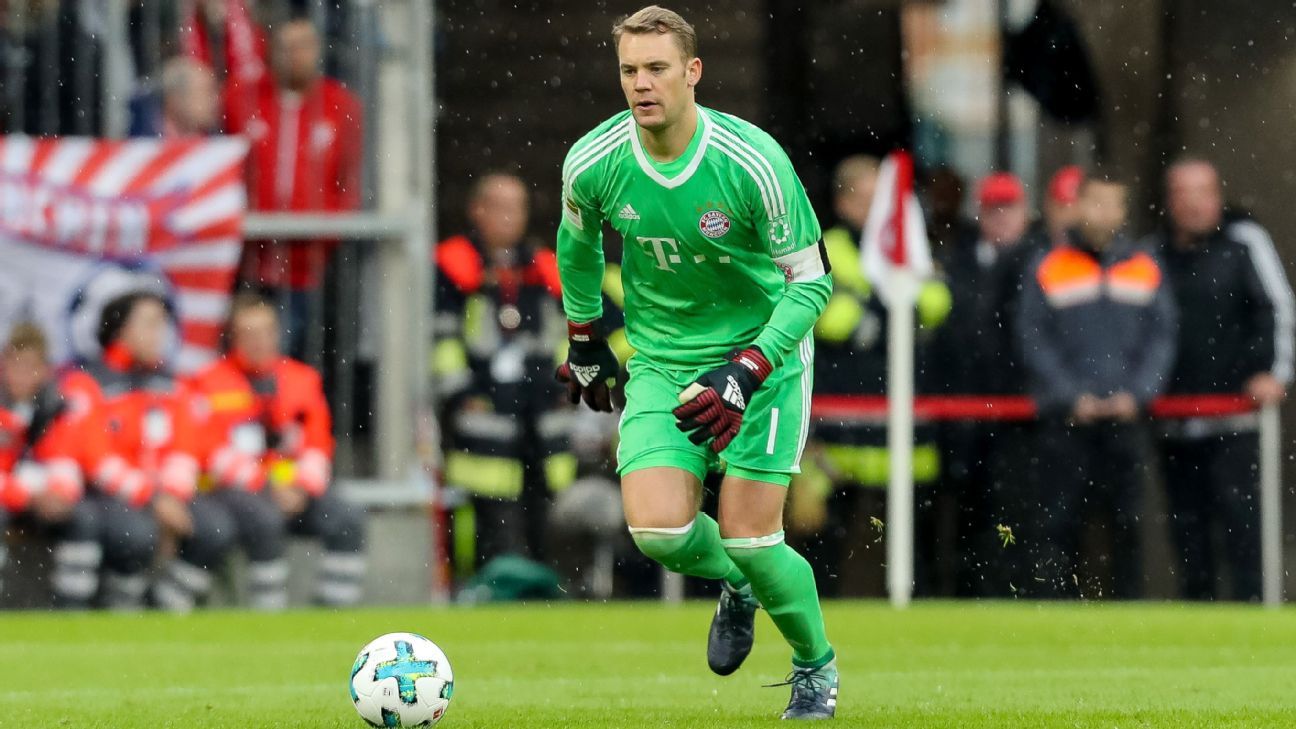 
MUNICH — Bayern Munich have received a boost with Manuel Neuer taking part in team training for the first time in seven months.

Neuer, 32, has broken his foot three times since March 2017 and has made only three Bundesliga appearances this season, the last coming in the 4-0 win over Mainz on Sept. 16.

Following the latest fracture and operation on Sept. 19, Neuer warned that his recovery could take at least six months.

“Manuel’s major target is still to play again this season and make the World Cup,” Bayern coach Jupp Heynckes told a news conference ahead of Bayern’s penultimate away Bundesliga game of the season in Hanover. “But the main priority is his recovery and it’s been very, very difficult.”

The Bayern and Germany captain stepped up his comeback bid in February with a warm-weather trip to Phuket, Thailand, and began goalkeeping specific training earlier this month.

Heynckes said: “Manuel has been working brilliantly in his recovery program. He will warm up with the rest of the team today and take part in passing drills. We are gradually increasing the intensity of his goalkeeping training as well.

“We are all highly pleased with his development. We have done everything right.”

And Heynckes paid tribute to the former Stuttgart player, saying: “Manuel Neuer is Manuel Neuer and Sven Ulreich is Sven Ulreich. Sven is the second best German goalkeeper in the Bundesliga.”