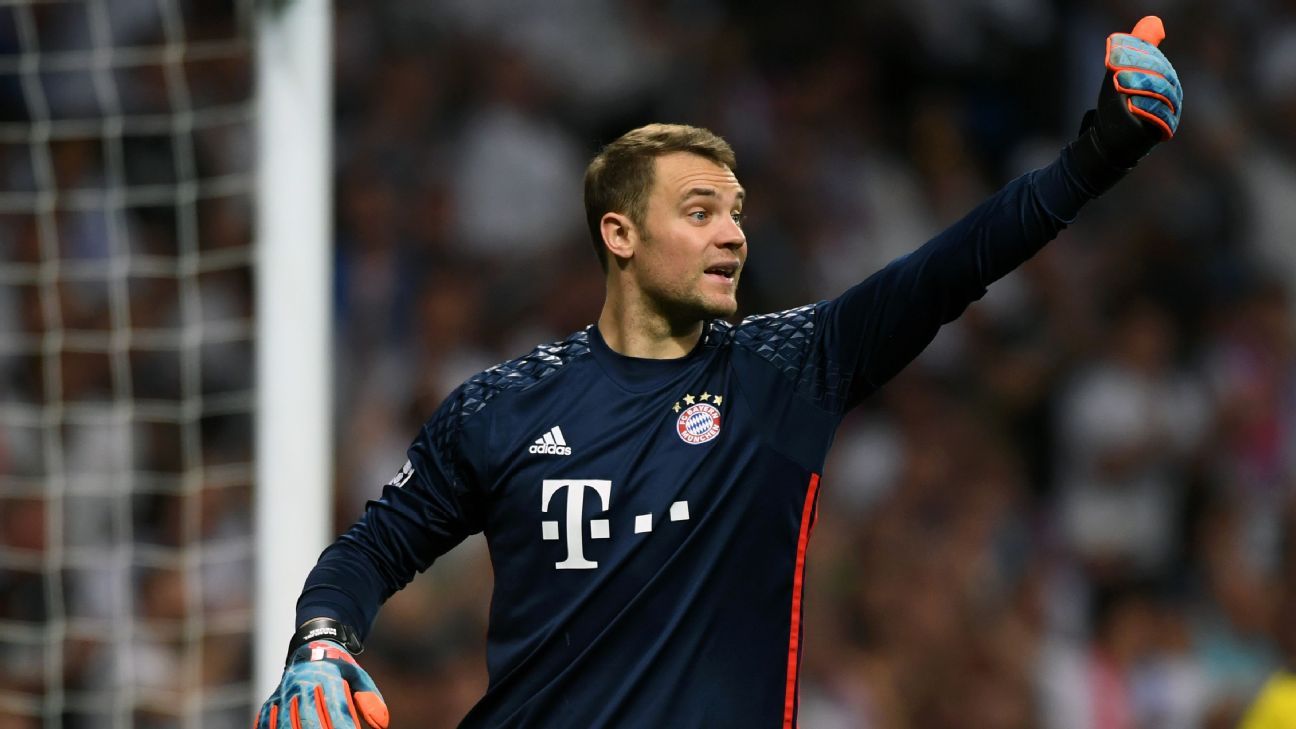 
MUNICH — Bayern Munich’s injured captain Manuel Neuer has told Sport Bild he has played with a metal plate in his right foot for the past nine years.

Neuer, 31, had an operation last week after suffering a repeat hairline fracture of the metatarsal in his left foot during a training session and is likely to spend the rest of 2017 on the sidelines.

He broke the metatarsal for the first time during the Champions League defeat to Real Madrid in April, meaning he missed the start of this season.

“I had the same injury while at Schalke in 2008,” Neuer said. “Back then, a metal plate was inserted which is still in.

“I’ve never had a problem and feel comfortable with it.”

He explained that he made the decision to play on with the plate still in place, adding: “I’m all for leaving everything in during my career in order to avoid unnecessary absences.”