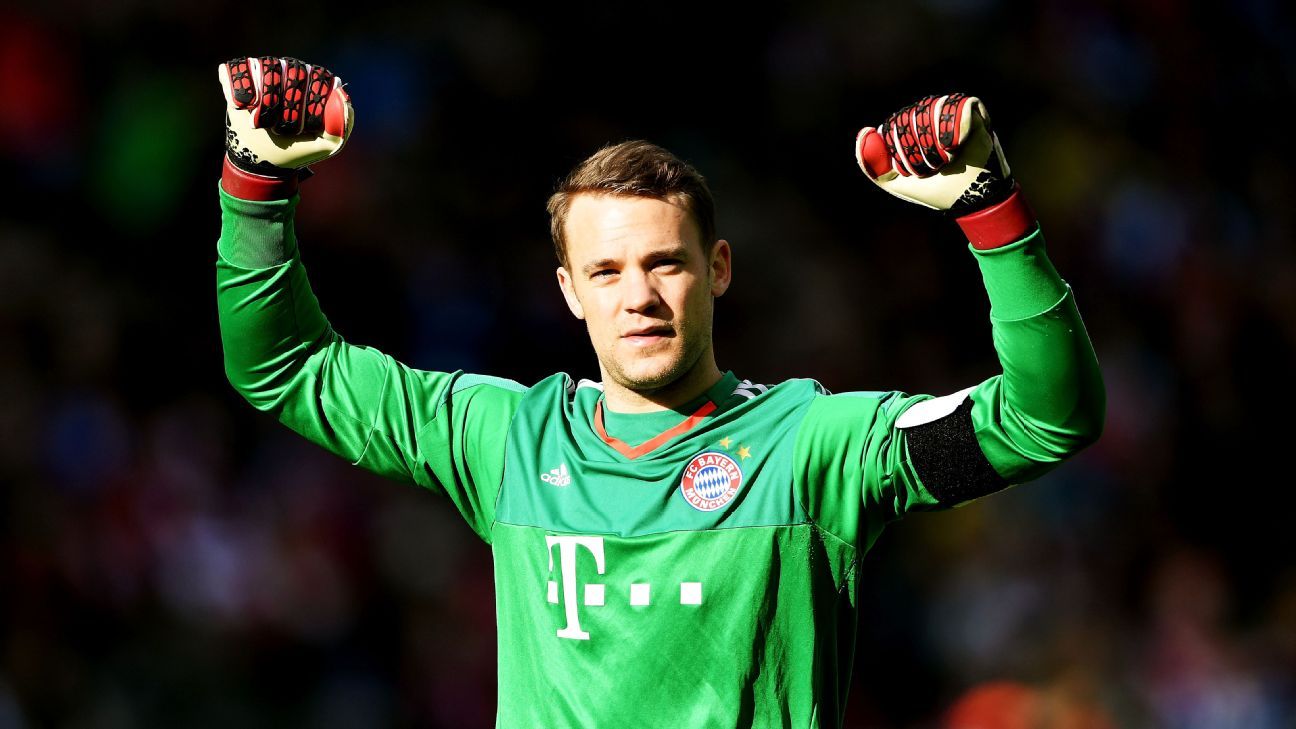 
Bayern Munich goalkeeper Manuel Neuer says he is on course to return from injury in time for the new season.

“Everything’s going to plan,” Neuer told Bayern’s official website. “I’m aiming to be fit for the first game of the season against Bayer Leverkusen. I’m going to work hard every day to achieve that.”

Fellow Bayern keeper Tom Starke does not believe the Germany captain’s return to competitive action in August is in jeopardy.

“You can see from the fact that it’s taking so long that his injury wasn’t exactly harmless,” Starke told spox. “[But] I think he’s on the right track and is not in any kind of danger of missing the start of the season.”

Neuer’s back-up at Bayern, Sven Ulreich, is also currently sidelined with an elbow injury, leading to Starke playing the final three Bundesliga games of last season, saving a penalty in his first game for over three years against Darmstadt in May.

Starke, 36, announced his retirement at the end of the season after winning 13 trophies at the Bundesliga champions and was set to become the club’s goalkeeping coordinator at their new youth academy when that opens its door next month.

Christian Fruchtl, 17, was due to take over as Bayern’s No. 3 goalkeeper following Starke’s retirement.

However, the youngster is still battling back to full fitness from ligament damage, meaning Starke was forced to come out of retirement to play in Bayern’s 4-1 win in their opening preseason friendly against fifth-tier side Wolfratshausen on Thursday.

“Honestly, I didn’t imagine towards the end of the last season that I would be back in Bayern’s goal so quickly,” Starke said. “I knew that all three goalkeepers are injured but I thought that the lads’ recovery phase would be a bit faster.”

Bayern announced their squad for the summer tour of China and Singapore on Friday. Neuer and Ulreich will remain in Munich to work on their recovery and will not make the trip to the Far East between July 16-28.

Starke and Fruchtl are the goalkeeping options with the former saying: “My bags are actually already packed for China. I’m still relatively fit, not having been out of the game for so long. It looks like I’ll be needed once again; the other goalkeepers still need a bit longer [to get fit].”

Following the Asian tour, Bayern travel to Borussia Dortmund on Aug. 5 for the DFL Super Cup, before a DFB Pokal first-round match in Chemnitz the following Saturday, with their quest for a fifth consecutive Bundesliga title beginning on Aug. 18 in Munich against Bayer Leverkusen.