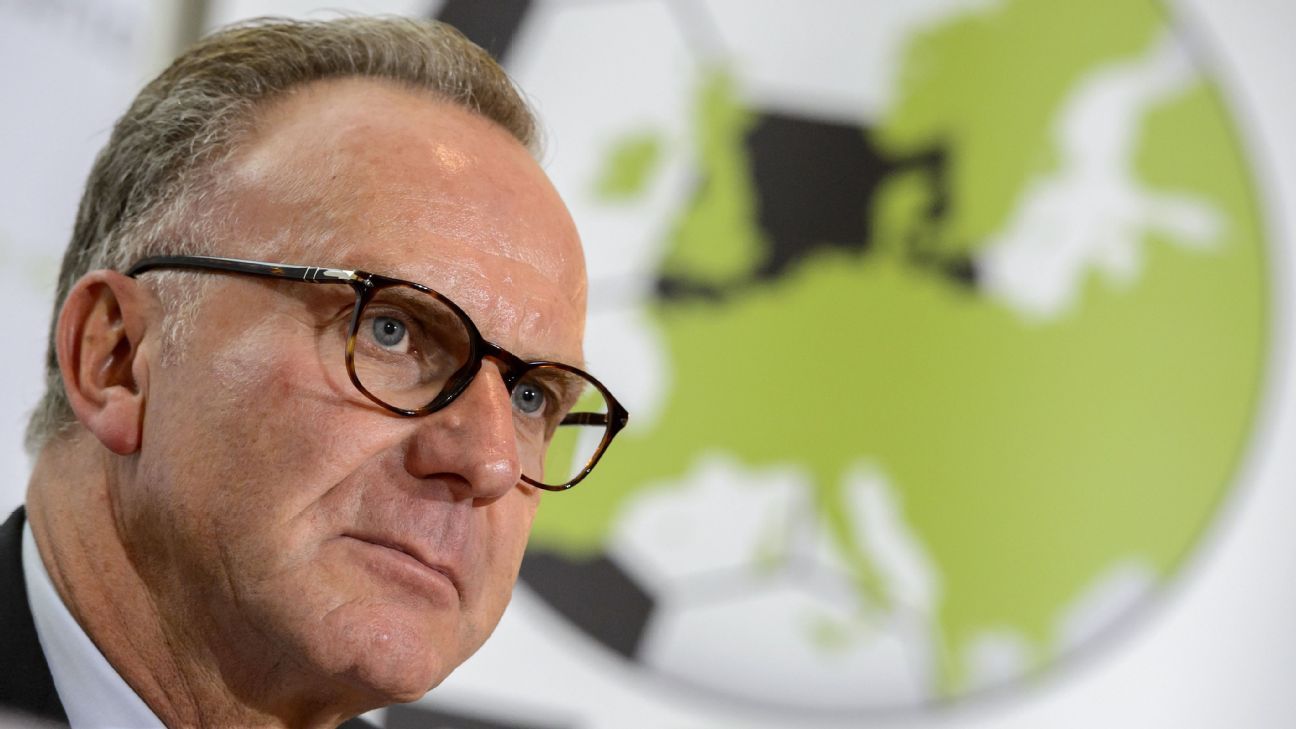 
Bayern Munich CEO Karl-Heinz Rummenigge has told kicker he believes progress is being made on plans to introduce a salary cap in European football.

UEFA president Aleksander Ceferin said earlier this year that he is considering the introduction of a salary cap in order to close the gap between football’s biggest clubs and the rest.

Rummenigge has served as European Club Association (ECA) chair for just over a decade and hit out at European politicians for refusing to back his plans to limit players’ salaries in the past.

He said: “I went to Brussels [where the European Union is based] a few times with then UEFA president Michel Platini. Platini wanted to give football its own culture and bring in a salary cap, like in U.S. sport, but it was rejected time after time. That was a mistake back then from European politicians.

“Today there are signals from Brussels for a reassessment of the situation. Therefore, I call for a collective initiative, then politicians will take a favourable view.”

Renewed questions have been raised over financial fair play (FFP) this summer after Paris Saint-Germain broke the world transfer record to sign Neymar from Barcelona for €222 million, with a deal for Kylian Mbappe from Monaco set to follow.

Rummenigge said he does not believe FFP, which UEFA introduced from the 2011-12 season, has been a total failure, with clubs including PSG and Manchester City having been punished in the past.

However, he said: “More consistent punishments should have been enforced, if necessary testing whether clubs would have taken legal action against UEFA at the European Court of Justice.

“A lot of clubs wouldn’t have dared to.”

Rummenigge says current UEFA president Ceferin “will not be influenced” as he seeks to enforce the rules.

“He’s ready to seriously implement financial fair play in line with the [UEFA] statutes,” he said.

“It’s important that the ECA now tries with FIFA and UEFA, and also with the players union FIFPro, to work out criteria to make the whole thing a little more rational once again,” he said. “These four groups have to try among each other and together with politicians to find solutions.

“Football must retain its roots. Everyone has to play their part, including the clubs.”

This summer, Bayern have broken their transfer record with the signing of Corentin Tolisso from Lyon, as well as bringing in Germany internationals Niklas Sule, Sebastian Rudy and Serge Gnabry and taking James Rodriguez on loan from Real Madrid for two years for a reported fee of €6.5m a year.

Speaking about the explosion in transfer fees: “They’ve moved away from reality, but that is nothing new actually. For many people these sums are no longer realistic. Therefore, it’s important that club football faces its responsibilities.”