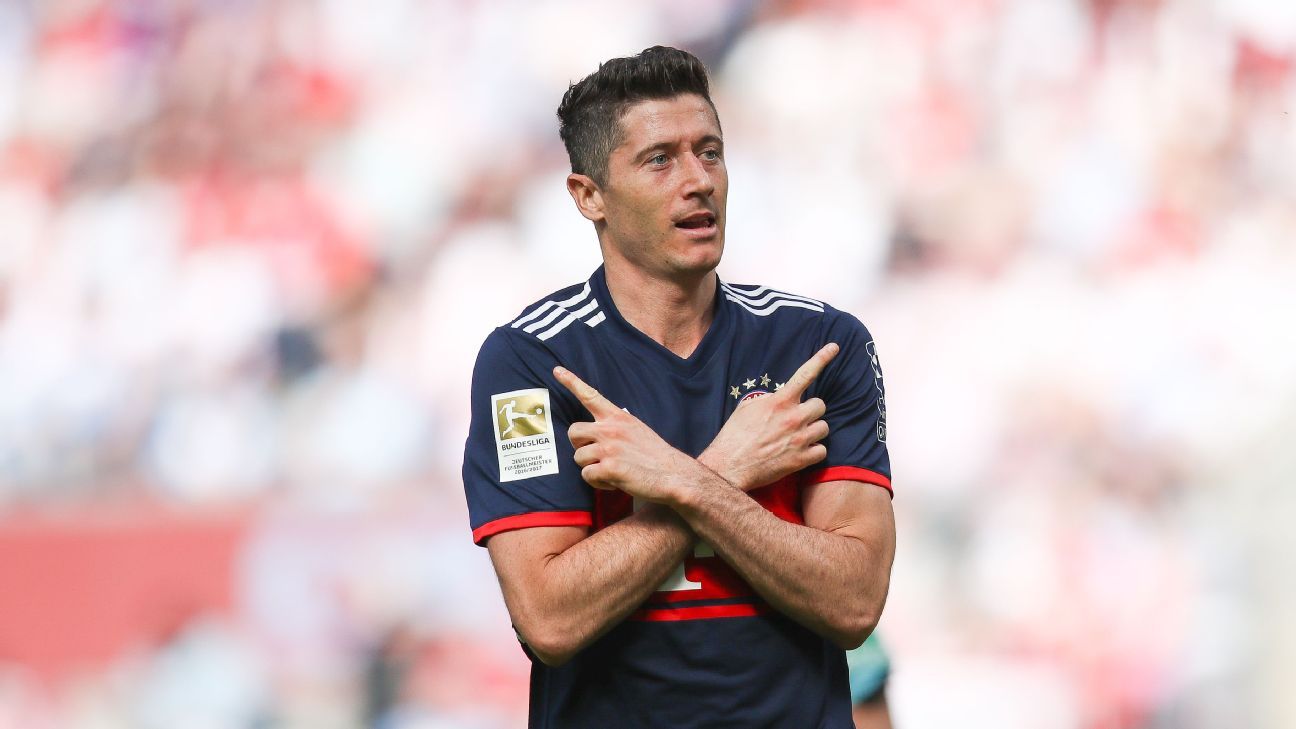 
Bayern Munich coach Jupp Heynckes said he didn’t find Robert Lewandowski’s antics funny after he was taken off in the 3-1 victory over relegated Cologne.

Heynckes replaced Lewandowski with Sandro Wagner on 77 minutes with the Bundesliga champions leading 2-1. However, Lewandowski did not look at Heynckes or shake his hand upon his substitution, visibly upsetting the retiring coach.

Lewandowski’s response immediately earned him a stern lecture from Heynckes for his troubles.

“I know myself that we goalscorers are selfish and always thinking about our goalscoring ratio. We have spoken and he has understood,” Heynckes said at a news conference.

“When I took him off, though, I didn’t find it funny at all, because I’m the boss and no one else.”

Afterward, Heynckes tried to laugh off the incident, recalling his time as Borussia Monchengladbach in an interview with Sky.

“I never enjoyed being taken off a striker,” Heynckes said. “He wanted to score his 30th league goal. We’ve just spoken and it’s already forgotten.”

In their penultimate Bundesliga game of the season, Bayern recovered after falling behind on an own goal by Niklas Sule to ease past Cologne courtesy of second-half goals from James Rodriguez, Lewandowski and substitute Corentin Tolisso.

After missing two free headers in the first half, Lewandowski resumed normal service on his first away Bundesliga start of the year on the hour, putting his side into the lead with a composed finish for his 29th league goal in 29 games this season.

However, his body language suggested that he looked more than most to be suffering with an inevitable Champions League hangover following Bayern’s semifinal exit to Real Madrid on Tuesday.