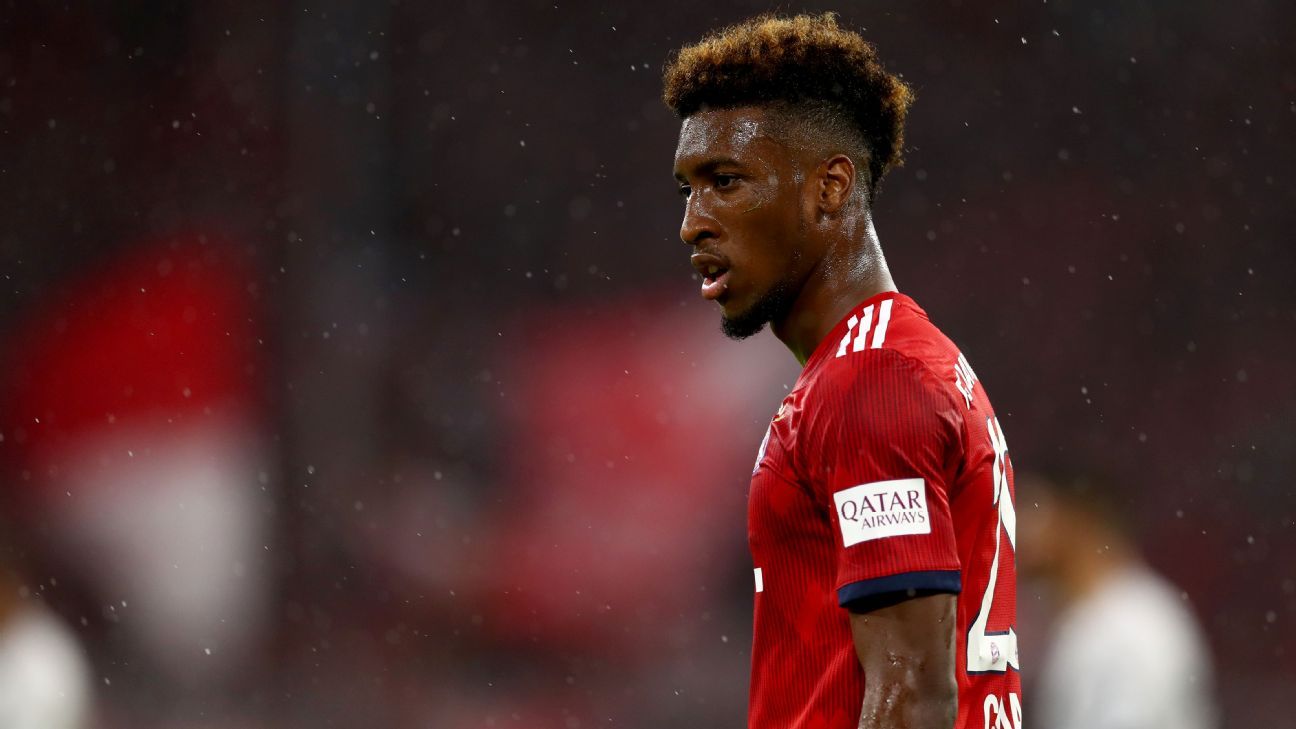 
Kingsley Coman has said the age of Bayern Munich’s squad is a factor in their recent poor form and called for new signings.

Bayern started the 3-2 defeat to Bundesliga leaders Borussia Dortmund on Saturday with eight of the starting XI from the 2013 Champions League final against the same opposition. That defeat saw Dortmund open a seven-point gap on Bayern, who fell to fifth in the table.

Speaking to reporters on Wednesday, Coman, 22, said that Bayern need fresh blood, at least in the 2019-20 season.

“We have a very good team, but it’s true: It’s ageing a bit,” Coman, who is set to return from injury in the coming weeks, said. “You must think about new players at the right time.”

Wingers Arjen Robben, 34, and Franck Ribery, 35, were both handed one-year contracts ahead of the season but appear to be entering the final months of their Bayern careers.

Manuel Neuer, Robert Lewandowski, Jerome Boateng, Javi Martinez, Mats Hummels and Thomas Muller have all turned 30 or are approaching the mark within the next 10 months.

And, in kicker, Bayern president Uli Hoeness has said that most players will be under close scrutiny in the next couple of months as the club plan a summer of upheaval in 2019.

“It depends on how they play,” Hoeness told kicker. “You must tell the players they are under pressure in the next three, four months. And you then must see who is still needed and who not.”

Kicker added it looks unlikely Bayern Munich will exercise their option to turn James Rodriguez’s loan from Real Madrid into a permanent transfer.

Sidelined with a ligament injury for the next couple of weeks, the midfielder could join Bayern for €42 million, but in recent weeks struggled for playing time amid reports he is not getting along with coach Niko Kovac.