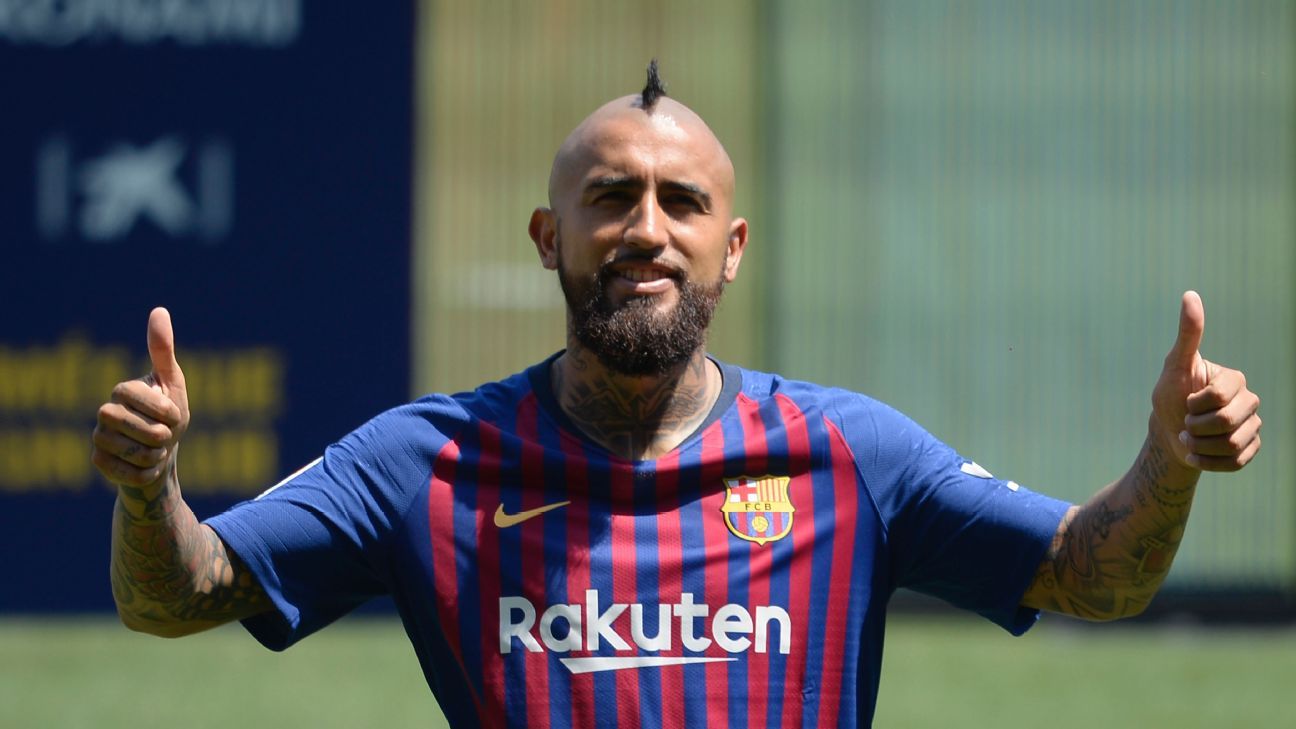 
Arturo Vidal has said Bayern Munich would have won the last two Champions Leagues if VAR technology had been used, saying its introduction is a good thing.

Vidal, 31, became Barcelona’s fourth signing of the summer when he joined from Bayern for around €20 million last month.

Madrid knocked Vidal’s former side out of the Champions League in the last two seasons, with controversy in the 2017 quarterfinal as he was harshly sent off and Cristiano Ronaldo was offside when he scored in extra time.

In last season’s semifinal, meanwhile, Bayern were aggrieved not to have been awarded a penalty for a Sergio Ramos challenge on Robert Lewandowski.

“VAR seems good to me,” Chile international Vidal told Mundo Deportivo. “Obviously it stops the play for a bit, but it seems good.

“[With] VAR, Bayern would have won the last two Champions Leagues, not Real.”

VAR is being used in La Liga this season but will not be employed in the Champions League for now, although UEFA could bring it in for the latter stages.

Vidal has yet to win the trophy but hopes his transfer to Camp Nou will change that, telling SPORT: “I came [to Barcelona] to win everything.

“I think I have earned the right to be here and I hope to enjoy it as much as I can, to win everything and to fulfil my dream of winning the Champions League.

“I hope to win it with Barcelona. I think we have a team that can win everything this season.”

Barca captain Lionel Messi has also spoken of his desire to bring the trophy back to the Camp Nou after watching arch-rivals Madrid win the last three tournaments.

“When you play against Messi you see that he’s the best there is, but when you’re training with him day in, day out, you see that it’s crazy how good he is,” Vidal added. “He’s different.”