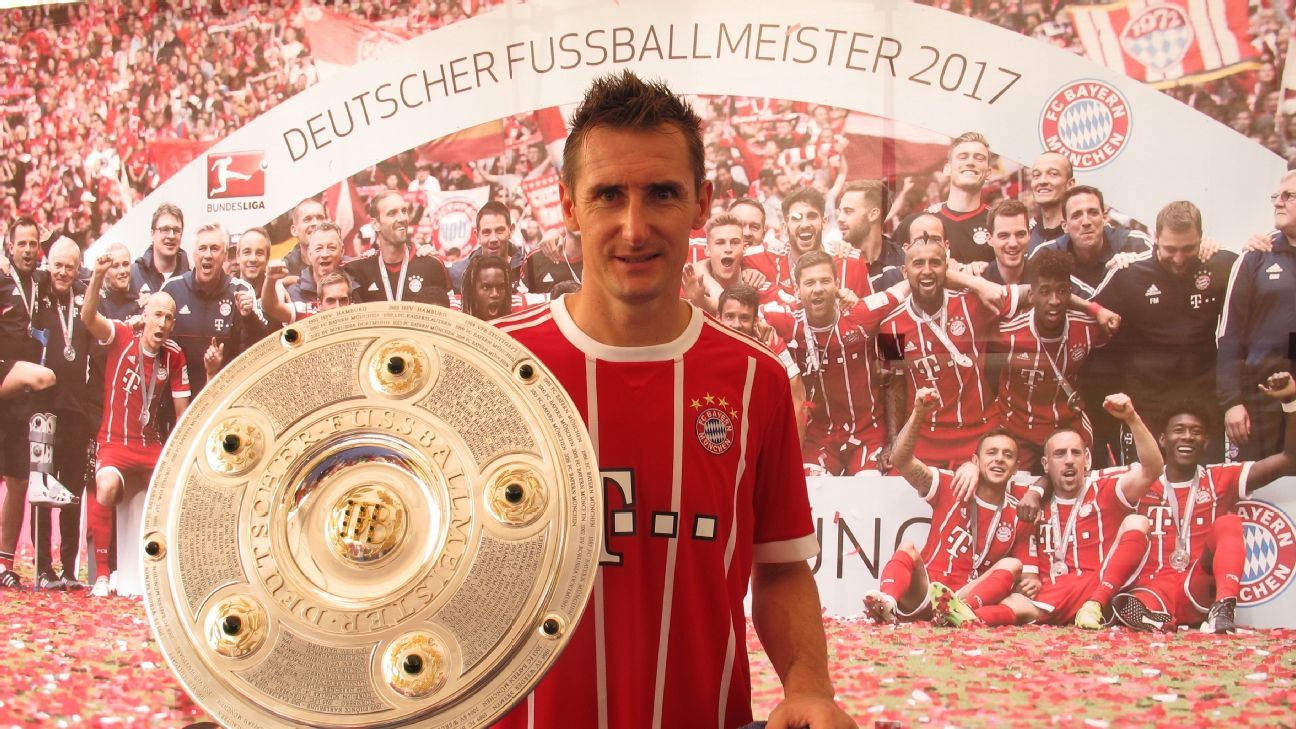 
Bayern Munich legend Miroslav Klose insists that preseason tours to distant destinations are more than a promotional exercise, and should be no barrier to success in the modern game.

The top scorer of all time in World Cup finals believes there is much to be gained through team bonding, and suggests that past experience proves that matches on the other side of the world should not harm performance levels.

His comments come as Bayern hit back at Bundesliga rivals RB Leipzig who said they preferred to spend their summer in Austria, rather than “doing marketing in Asia”.

Klose was in Singapore this week with his former club at the International Champions Cup (ICC). He believes that games against the likes of Chelsea and Inter Milan are excellent preparation for the challenges to come.

“In my opinion, it’s not that tough,” Klose told ESPN FC. “In my years at Bayern Munich, we had these kind of tours and with the national team as well.

“Being together as a group for a long time helps. I have talked to the players and most of them have said they have three to five marketing appointments, which is not that much.

“You can talk about having four matches in a short period of time because there are only 12 days here. But all the other stuff is fine, in my opinion.”

Klose also highlighted that fact that previous tours to Asia have not exactly had a negative impact on the Bundesliga champions.

“Our club chairman Karl-Heinz Rummenigge recently pointed out that after previous tours to Asia, we have won the double and the treble,” Klose said. “Next season, we want to win the league first — and then we’ll see from there.”

Klose was still at Kaiserslautern when he burst onto the international scene by scoring four times as Germany defeated Saudi Arabia 8-0 in a group game at the 2002 World Cup in Japan. A relatively mediocre German side still managed to reach the 2002 final before losing out to a Ronaldo-inspired Brazil.

Twelve years later, Klose netted two goals at the World Cup in Brazil at the age of 36 to move ahead of Brazilian legend Ronaldo, and head the all-time list of scorers at World Cup finals. After being a 2002 runner up before suffering a quarterfinal defeat in 2006, and a semifinal loss in 2010, Klose was delighted to finally get his hands on football’s biggest prize.

“Well, of course, it’s an awesome feeling for me to be top scorer but, to be honest, the main goal before the World Cup was always to win it with the team,” Klose said. “Then, of course, to have the accolade as the all-time top scorer was a nice achievement and the icing on the cake.

“But my main goal was always to win it with the team, especially after coming close so many times.”

After four years at Bayern Munich, Klose moved to Lazio in 2011 and ended his career there last year at the age of 38. Having scored in four different World Cups over a 12-year period, and played until a relatively advanced age, the striker insists his lifestyle helped his career longevity.

“There’s no real secret to it,” he said. “For me, it was always about having a professional attitude and mind set. I always tried to work hard and take care of my body nutrition-wise. I didn’t smoke, I didn’t drink alcohol.

“My family played a huge role in that, and always kept an eye on me as well. That was basically the key to my career and being able to play until 38.”

Klose is one of a long list of great attackers in Bayern history, alongside the likes of Gerd Muller, Rummenigge, Jurgen Klinsmann, Giovane Elber and Thomas Muller. This summer, the club have signed James Rodriguez on loan from Real Madrid, and Klose is confident that he will make his mark at the German side.

“First of all, he’s a great player with great individual talent and that’s always appreciated at Bayern,” Klose said. “He has had great success with the Colombian national team.

“It would be great for him to get a bit of a run going, so maybe getting a goal or an assist in the first couple of games would help him to get into a rhythm, and get the fans behind him and get to know the team.”

Next year in Russia, James is likely to get another chance to shine for Colombia at a World Cup finals. But for fans of a certain generation, it will be strange watching Germany at the World Cup without Klose for the first time since 1998.