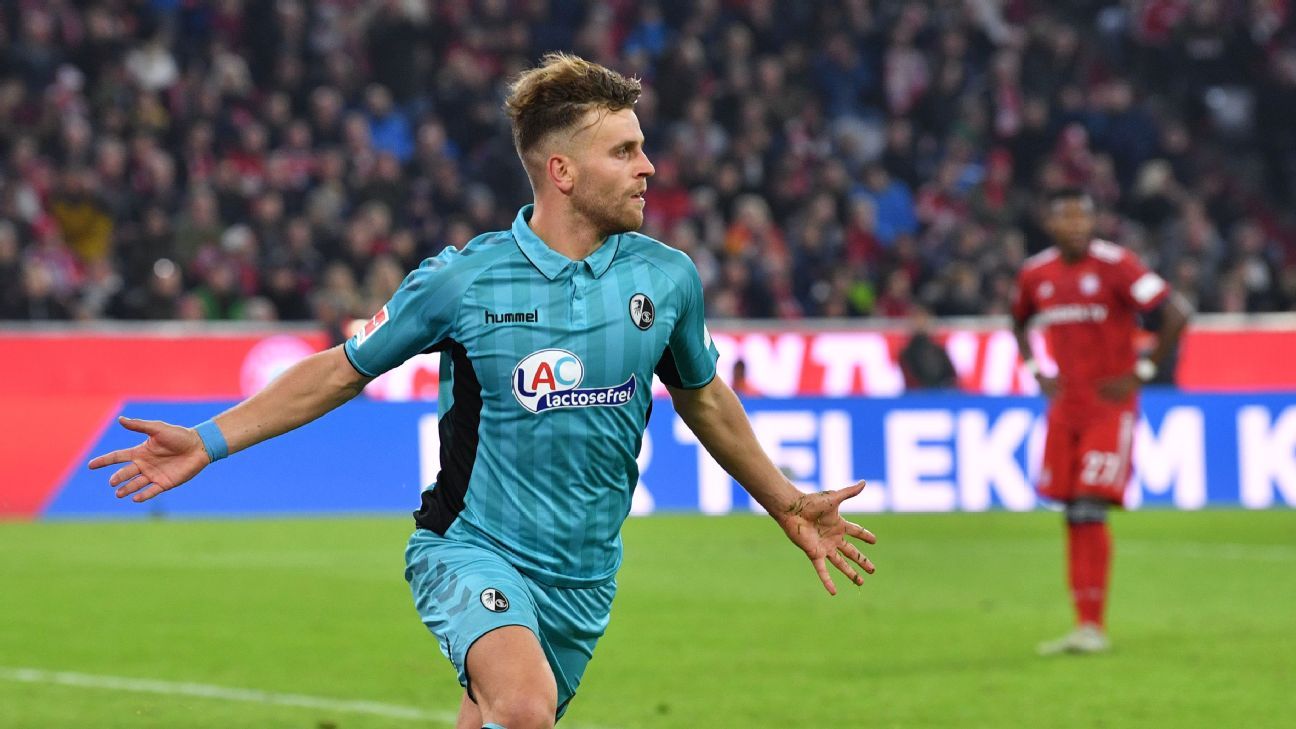 Freiburg shocked champions Bayern Munich with an 89th-minute equaliser from Lucas Holer to earn a deserved point with a 1-1 draw in the Bundesliga on Saturday.

Bayern needed a solo effort from Serge Gnabry 10 minutes from time to take the lead after another uninspiring performance by the Munich side.

The 23-year-old winger picked up the ball on the right and raced into the area before firing home from a tight angle for his first Bayern goal.

However, Holer slipped into the box to beat keeper Manuel Neuer and stun the home crowd to leave Bayern on 20 points, four behind leaders Borussia Dortmund, who they face next week.

The hosts had just two chances in the first half through Robert Lewandowski and Arjen Robben despite possession of close to 70 percent and playing against a team missing several key players, including top striker Nils Petersen.

Freiburg grew bolder after the break and had the ball in the net only for Tim Kleindienst’s header to be ruled offside.

The introduction of Franck Ribery, playing his 400th competitive game for the club, on the hour breathed life into the Bayern attack and Gnabry’s goal put them ahead before Hoeler crowned a superb Freiburg performance with the equaliser.

“Then we started looking to go through the centre because Freiburg were doubling up on the wings, but we struggled.

“We are frustrated and disappointed. We were leading so we should be winning.”