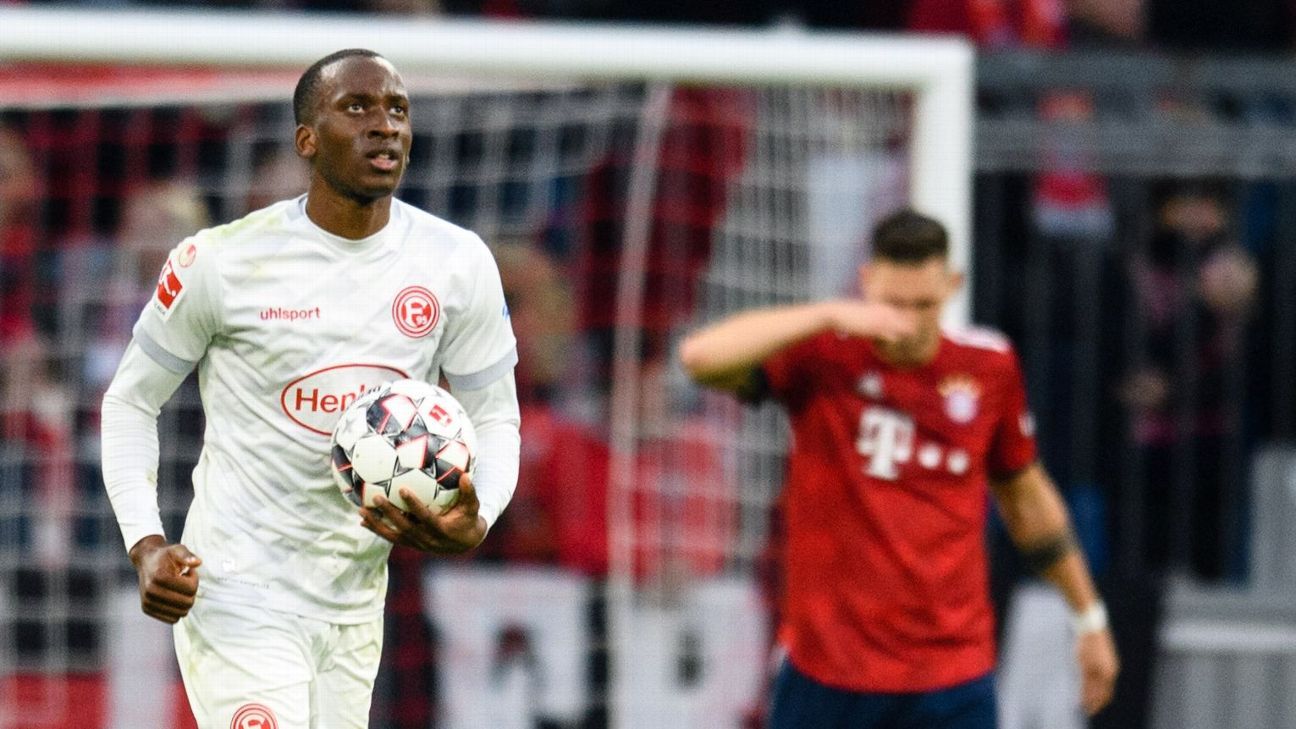 The result was a major success for promoted Dusseldorf but left Bayern in shock and without a win in three league games, after they had twice led by two goals.

It left the Bavarians fifth on 21 points, nine behind leaders Borussia Dortmund.

“We have only ourselves to blame,” Bayern’s double scorer Thomas Mueller told reporters. “I am a bit perplexed because again we again conceded a goal late in the game. That makes the hunt for a top spot harder.

“We seem to be stuck in a phase where everything is punished. Now we stand here again and wonder what happened. Maybe we are lacking a bit of an edge.”

Niklas Sule put the hosts ahead in the 17th and Thomas Mueller added another goal three minutes later as Bayern looked to be cruising to an easy win.

But Dusseldorf managed a 44th minute goal through Lukebakio with their only real scoring chance in the first half.

Mueller, struggling for form for a second consecutive season, restored their two-goal lead in the 58th with a low shot from a superb Robert Lewandowski pass.

But Bayern again failed to kill off the game despite having about 75 percent of possession before Belgian Lukebakio scored again to set up a nervous finale.