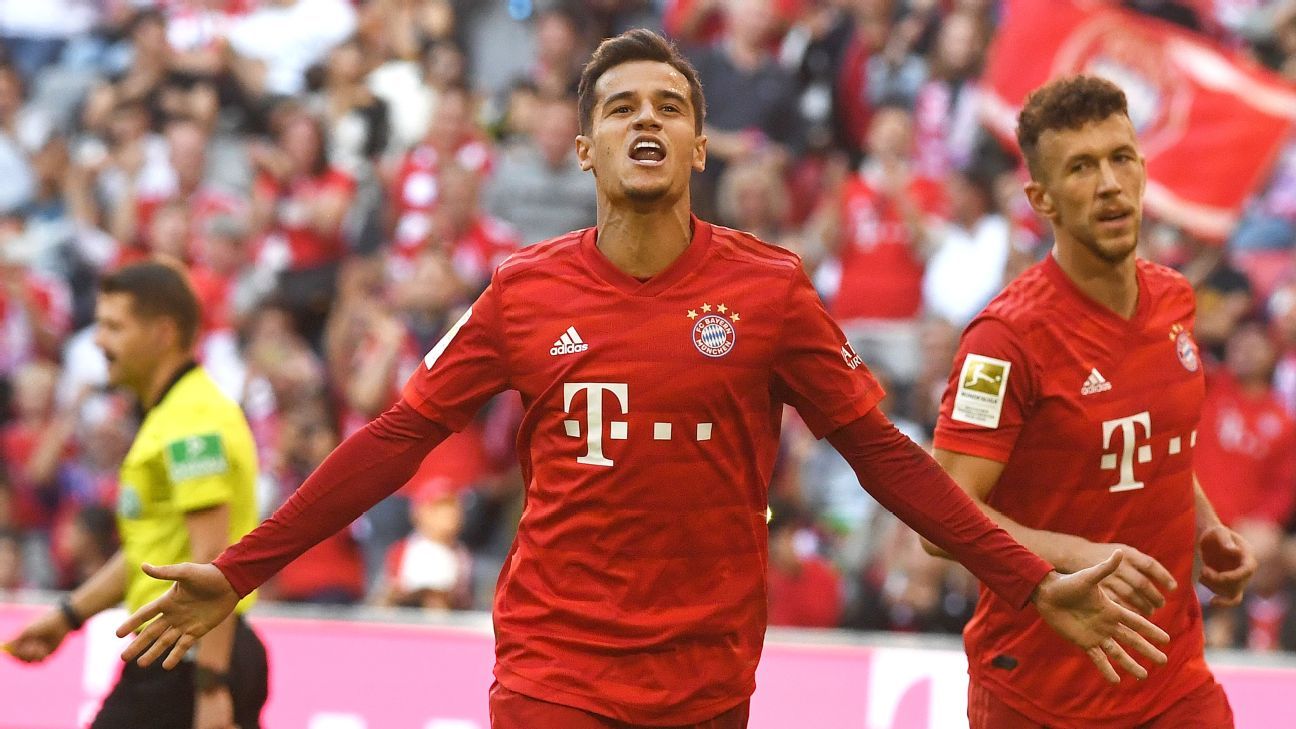 Bundesliga top scorer Robert Lewandowski scored twice to equal a 51-year-old record and Philippe Coutinho also scored as champions Bayern Munich demolished Cologne 4-0 on Saturday to climb to the top of the table.

Poland striker Lewandowski grabbed the first two goals and after Cologne’s Kingsley Ehizibue was sent off, Coutinho converted a penalty to make it 3-0 and Ivan Perisic completed the rout with a low shot.

Lewandowski, who has been Bundesliga top scorer four times in the last six seasons, has now netted nine times in the opening five league matches, equalling a record set by Borussia Moenchengladbach’s Peter Mayer in the 1967-68 season.

He grabbed his first after three minutes to equal a club record set by Carsten Jancker in the 2000-01 campaign of scoring in each of the opening five matches of the season.

Lewandowski added another straight after the restart and the striker has now scored 11 goals out of Bayern’s 18 in total in all competitions this season.

Coutinho made sure of the three points from the penalty spot and the Brazilian set up Perisic with a fine through ball for the fourth to complete a winning week for Bayern after their 3-0 Champions League group victory over Red Star Belgrade.

Four-nil sounds like a big score but we could have added one or two more,” said Bayern coach Niko Kovac. “Seven goals this week is something we can build on.

“We delivered a good performance today, especially after having only 72 hours to recover from Wednesday.”

Bayern are now top of the table on 11 points with RB Leipzig, on 10, facing Werder Bremen later on Saturday.